Vowing to imitate the Lord, to deny themselves, and follow Christ’s footsteps, two Marian seminarians have professed final vows of poverty, chastity, and obedience.

Family members, friends, and fellow Marians packed the pews of the National Shrine of The Divine Mercy in Stockbridge, Mass., on Saturday, Aug. 16, to witness Br. Ken Dos Santos, MIC, and Br. Andrew Davy, MIC, becoming permanent members of the Congregation of Marians of the Immaculate Conception.

“Today is an Hallelujah day!” exclaimed Br. Andy, at a reception following the liturgy of perpetual vows.

During the ceremony, both Br. Andy and Br. Ken individually knelt before the main celebrant, the Very Rev. Dan Cambra, MIC, the Marians’ North American provincial superior. Each placed their right hand on the Gospel and read from the formula of profession that they themselves wrote out for the occasion, which stated:

I, (Full Name),
for the glory of God and the honor of the Most Blessed Virgin Mary and all the saints,
before the entire community,
through your hands most Reverend Father,
vow to almighty God
in the Congregation of the Marian Clerics of the Immaculate Conception of the Blessed Virgin Mary,
according to its Constitutions,
the three vows of chastity, poverty, and obedience for life.
So help me God and this holy Gospel.

They then each made an oath of perseverance, were solemnly consecrated, and presented with a crucifix.

Be a ‘Dust Cloth’

In his homily, Fr. Dan evoked Blessed George Matulaitis-Matulewicz (1871-1927), known as the Renovator of the Marians, who wrote:

If I may ask, grant O Lord, that in Your Church I may be like that common dust cloth which, when worn out, is tossed into a dark corner somewhere. May I be used and worn out in the same way as long as some tiny corner in Your Church is cleaned, as long as Your house is a little tidier and brighter.

Turning to the two brothers, both of whom are studying for the priesthood, Fr. Dan said, “You are especially called to give glory by your lives as devoted religious. … You never know who you are giving an evidence of faith to. Take the opportunity to do the most right thing, not the good enough thing. Take the opportunity to reach for greatness in small moments when you think no one is looking, because someone will be looking.

“Ultimately,” said Fr. Dan, “when you are ordained priests and you are out and about, never confuse the fact that you are a mere human being with the reality that you have been called to greatness, called to be another saint in the Marian community, called to be a saint in the Church, that others might look at you and say, ‘I hope I’m good enough to be like them someday.’ May God bless you today and all the days of your life.”

The ceremony came a day after the Marians welcomed three new brothers into the Congregation who made their first vows.

Both Brs. Ken and Andy live at the Marian’s house in Washington, D.C., where they will return to studies this fall. They have something else in common, too. Both were raised by devout Catholic parents.

Brother Andy, the second of five children of Michael and K.C. Davy of Maryland, can recall how, when he was a boy, during Mass, just before the Consecration was about to take place, his mother would put her arm around him and whisper, “Andy, prepare your heart. You know who’s coming. Remember to say, ‘My Lord and my God, I love You.”

Raised in Litchfield, Conn., the first of four children of Ken and Alice Dos Santos, Br. Ken had a nickname as a child. The children used to call him the “Rev,” for Reverend. It embarrassed him. But it was clear to anyone who knew him that Kenneth Dos Santos had a calling, even in grammar school.

When he was a boy, his mother once asked him what he would want to save if the house caught fire. “My family was my first thought,” Br. Ken said. “But I told her that I would also save my statue of Our Lady of Lourdes and my rosary.

“Even as I child, I sensed Mary’s loving presence guiding me to my future vocation,” he said. “She was tugging at my heart when I was 7.”

Still both seminarians path to the Marians unfolded unexpectedly.

Brother Andy joined the Marians five years ago this month after receiving what he describes as a direct and unexpected call from God. It was in March 2002. He was a junior at Catholic University in Washington, D.C. He went to Holy Mass at the Basilica of the National Shrine of the Immaculate Conception on the campus of Catholic University. “Around the time of the Consecration I heard a voice in my soul. It went through my entire being,” Br. Andy recalled. “The voice said, ‘You could be a priest.’ ” He remembers thinking, “What does it mean: could?”

The voice persisted. He became overcome with a feeling of peace, a peace that fills him still. He describes the peace thusly: “This is what I was created to be — a Marian, a religious, a priest.”

Brother Ken ignored his early calling and entered a career in electronics for 13 years, making his way from technician to engineer. He had money, a house — success, by most modern-day standards. But God was missing in his life, he said. Eventually, he made some poor career moves, then, in his mid-30s, he lost it all and hit rock bottom. At that point, his mother urged him to pray the Rosary. He joked that if he started praying the Rosary, he knew what would happen: He’d probably become a priest.

It was no joke. He began praying the Rosary, as he did when he was a boy. He began going to daily Mass. He began once again to feel the pull of God.

Six years ago, Br. Ken joined the Marians of the Immaculate Conception, drawn to a community of men who seek to serve Christ and His Church and who are charged with spreading the message of Divine Mercy and devotion to Mary Immaculate.

“Every step of the way,” says Br. Ken, “God was preparing me for where I am today.”

The “Hallelujah day” concluded with a celebration outside the Shrine, under a tent, with prayer, food, photo taking, and speeches.

“The Lord has done great things for both Ken and myself for bringing us into this life of perpetual profession to the Marians,” said Br. Andy. “But it doesn’t stop there. This is a celebration not just for us, but for everyone here and the entire Church and even the entire world, because religious life, by its very nature, shows hope to the world.

“This is why we profess vows in the first place, because we were called to give witness that there is more to this life than just the material things,” he continued. “What the religious do is that they hold that banner, the standard of Jesus Christ and Mary Immaculate, and they say, ‘Rally behind Christ, because He is the only One who can give us peace, peace that surpasses all understanding.’ Each one of us is called to give our lives to Christ … to be espoused to Christ, to be given over fully to God in Christ Jesus. And I can tell you, the more you give yourself over to Christ, through the Blessed Mother, you will find more joy than you can possibly imagine. That’s what I’m feeling right now: The joy of having Christ in my life.”

Following up, Br. Ken asked, rhetorically, what our response should be to the Christ’s great and loving sacrifice?

“Saint Therese of Lisieux gives us a simple and deep answer to the question,” Br. Ken said. “In her autobiography, she prays, ‘Oh my God, I know it. Love is repaid by love alone. Therefore I have sought and I have found how to ease my heart, by giving thee love for love.'”

Brother Ken said, “Each of us have been called to a special vocation. All of us, if we wish to follow in the footsteps of our Lord, must within these particular vocations love God with all of our heart, soul, mind, and strength, and our neighbors as ourselves.”

Surefooted, Br. Ken and Br. Andy are following Christ’s footsteps, the only path to greatness. 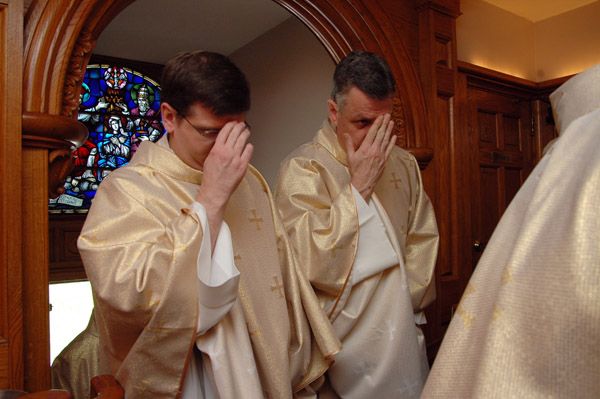 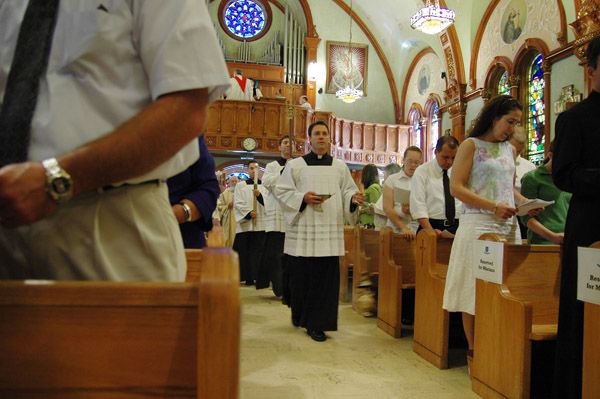 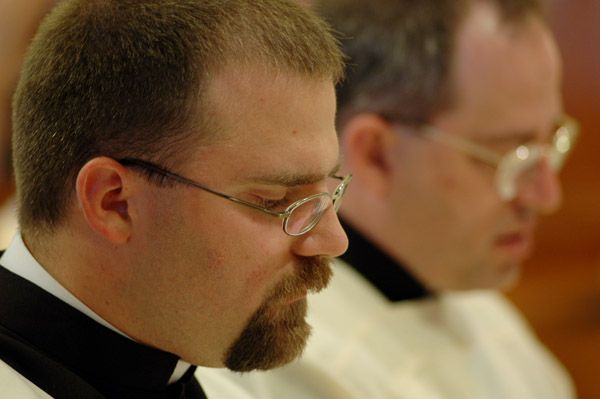 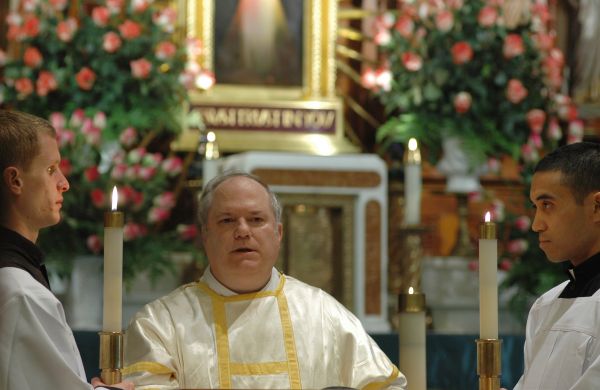 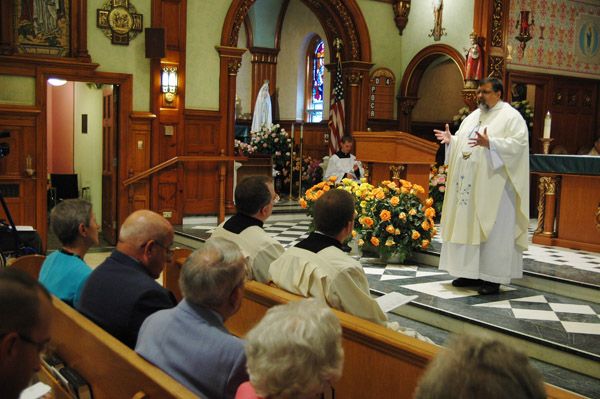 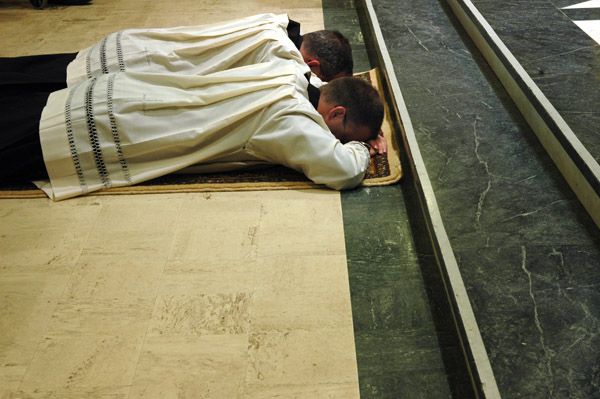 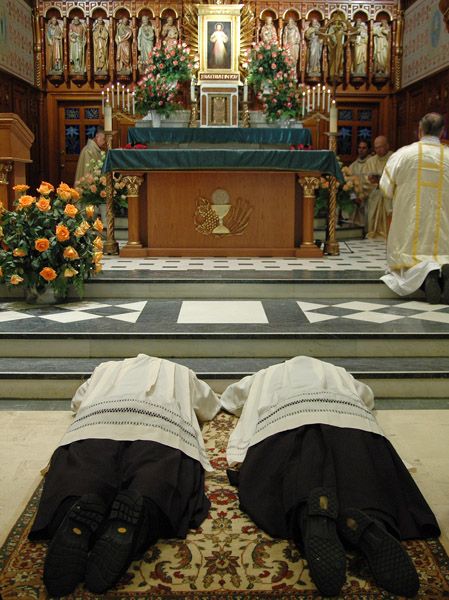 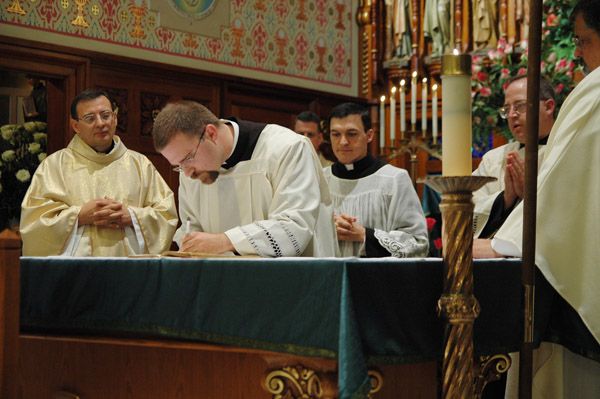 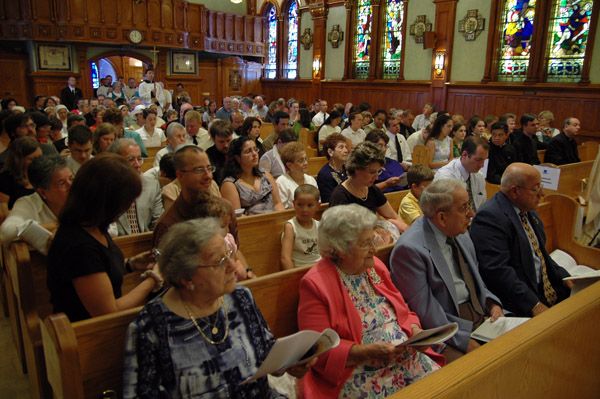 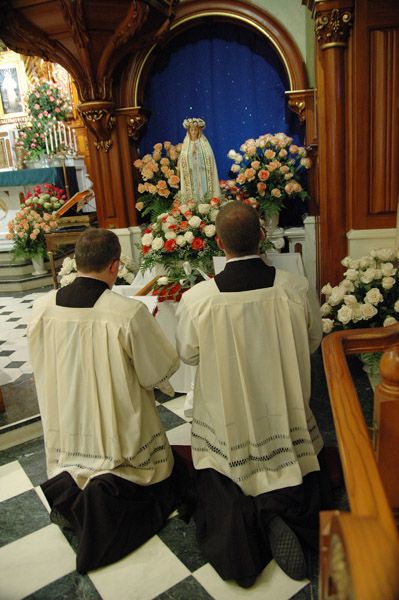 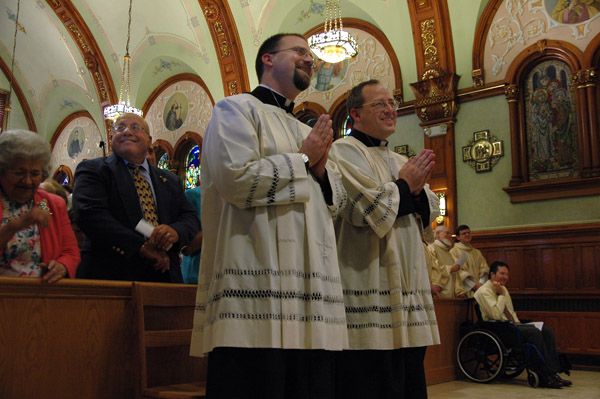 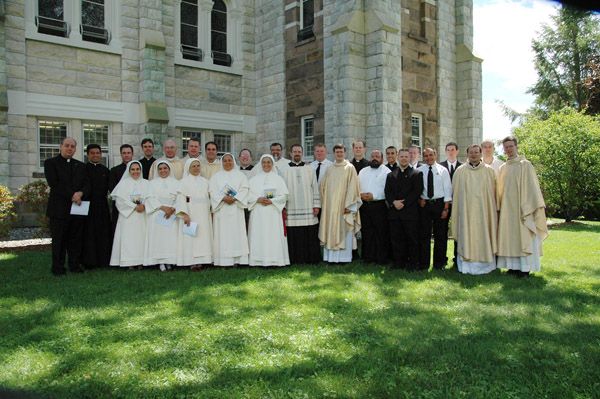 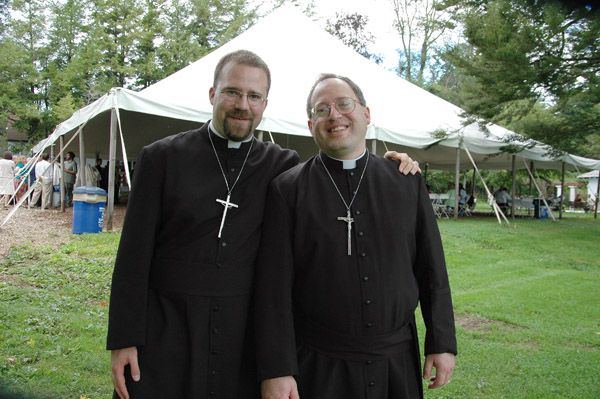 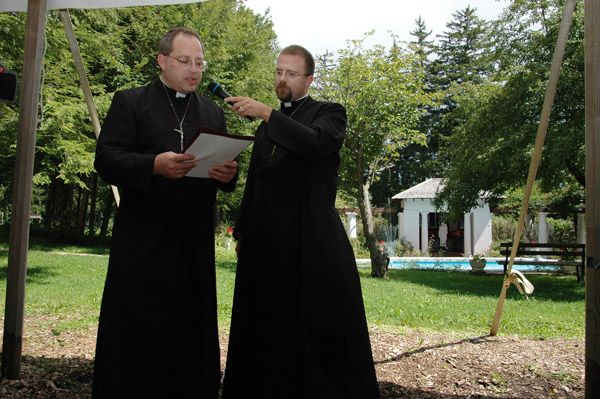