“Rev” — that’s what his classmates called him as a kid, because even then it was obvious to all who knew him that Kenneth Dos Santos had a calling. But it was a calling deferred.

Before he chased the collar, he chased the dollar. It made him miserable. He remained miserable until he finally answered God’s call with an overdue affirmative. Eight years in formation later, “Rev” is now “Father.”

“I can’t even express how happy I am today. It’s just beyond words,” said Fr. Ken Dos Santos, MIC, in the moments after his ordination to the sacred priesthood Saturday, Sept. 18, at the National Shrine of The Divine Mercy in Stockbridge, Mass.

Before vesting him to the priesthood by the laying on of hands, the principal celebrant of the ordination Mass, the Most Rev. Martin D. Holley, Auxiliary Bishop of Washington, D.C., invoked the Marians’ founder, Blessed Stanislaus Papczynski (1631-1701), in urging Fr. Ken to keep Mary Immaculate close to his heart throughout his priestly ministry.

“Above all, may the Blessed Virgin Mary be your model as one of humble service who, like her Son Jesus Christ, came to serve and not be served,” Bishop Holley said.

A Repair Man in Need of Repair

The first of four children of Deacon Ken and Alice Dos Santos of Litchfield, Conn., Fr. Ken remembers his mother once posing the following scenario to him when he was child: If the family home caught fire, what would he want to save?

His answer: “The statue of Our Lady and the rosary.”

But the house never caught fire, and the boy became a man in a world where fiery faith can easily be smothered under the phony promises of materialism. With talents fit for the temporal world, Ken parlayed his abilities to repair things — toasters, TVs, you name it — into a successful career in electronics, then computers.

And the more money he made, the more he spent.

“I had what everybody thinks they want,” he recalls. “But I wasn’t happy. I got caught up in this big circle of misery.”

He eventually made some poor career decisions and, in his mid-30s, he lost it all. His mother urged him to get more involved in church. She urged him to pray the Rosary every day.

He began praying the Rosary. He began going to daily Mass. And his hunch proved correct. Eight years ago, Fr. Ken joined the Marian Fathers of the Immaculate Conception, drawn to a community of men who seek to serve Christ and His Church and who are charged with spreading the message of The Divine Mercy and devotion to Mary Immaculate.

The things he seeks to repair now are the broken lives of God’s people, particularly through the Sacrament of Reconciliation. “That’s the most powerful means where Jesus makes His mercy present — and in the person of the priest,” said Fr. Ken.

‘A Man of the Heart’

Family, friends, and fellow Marians packed the Shrine for the Mass of Ordination. In the minutes leading up to the entrance hymn, Fr. Ken’s mother, Alice, led the recitation of the Rosary, the prayer that has served the Dos Santos family as a spiritual lifeline to Christ’s redemptive love.

For Alice, the lifeline saved her son, whose ordination was an answer to prayers.

“I just felt that the Lord was pulling him, and the Holy Mother kept guiding him,” she said through tears of happiness following the Mass.

His fellow Marians say Fr. Ken is “a man of the heart,” said Fr. Andy Davy, MIC, who was a seminarian with Fr. Ken. “He loves in a special way the theology of St. Augustine who also was a man of the heart. Augustine gave us the beautiful quote, ‘Our hearts are restless until they rest in You.’ I know that this quote means a lot to Fr. Ken.”

“Regarding Fr. Ken, I am reminded of the Gospel of John when Jesus gives high praise to Nathaniel, saying “Here is a man in whom there is no guile,” said Fr. Jim McCormack, MIC, referring to the passage in John 1:47. “Father Ken is ‘real.'”

Father Ken’s ordination marks a milestone for the Marians. His is the third ordination this year in the Marians’ North American province, a province that also includes Argentina. A fourth ordination, that of Deacon Michael Gaitley, MIC, will be held Oct. 16.

“I think the last time we had this many men ordained in one year was more than 50 years ago,” said the Very Rev. Fr. Dan Cambra, MIC, provincial superior.

He continued, “We have been getting so many vocations in recent years, and I think this is, first of all, a sign of the springtime of the Church that Pope John Paul II said was coming. Second, I think this has to do with the fact that the Marians promote The Divine Mercy message, and I believe that the Divine Mercy message is the message for the third millennium. And third, I would say that, as a community, we’ve never wavered; we’ve stayed true to our mission.”

The day following his ordination, Fr. Ken celebrated his first Mass. The homilist was Fr. Kazimierz Chwalek, MIC, who played a pivotal role in Fr. Ken’s decision to join the Marians.

Addressing his homily directly to Fr. Ken, Fr. Kaz said “This is a beautiful moment not only for our Marian community but for the Church.”

Father Ken has been assigned to serve at Our Lady of the Holy Rosary Parish in Kenosha, Wis., beginning Jan. 1. 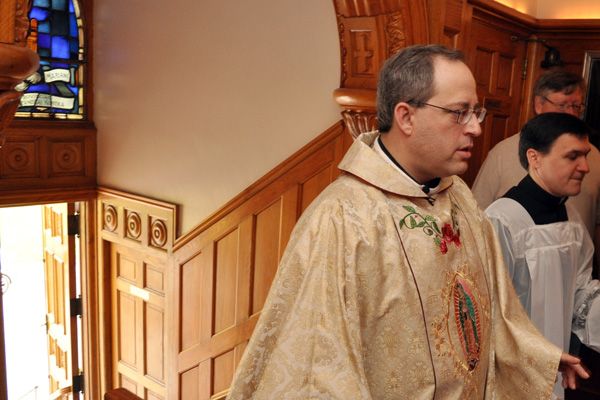 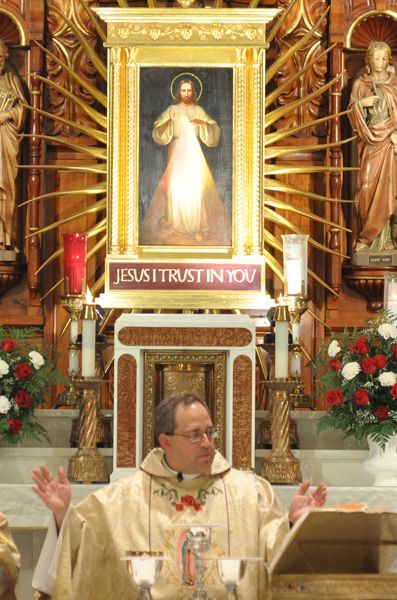 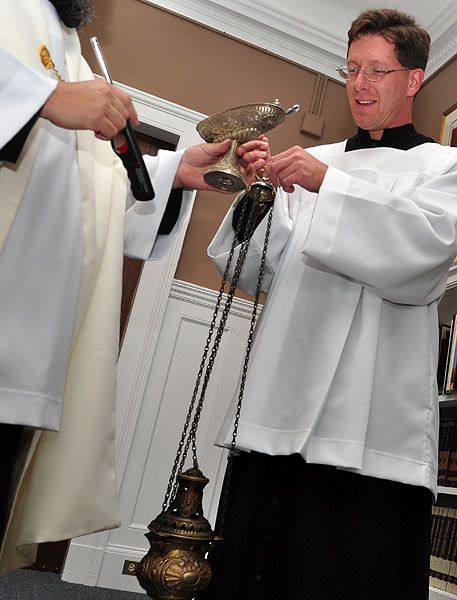 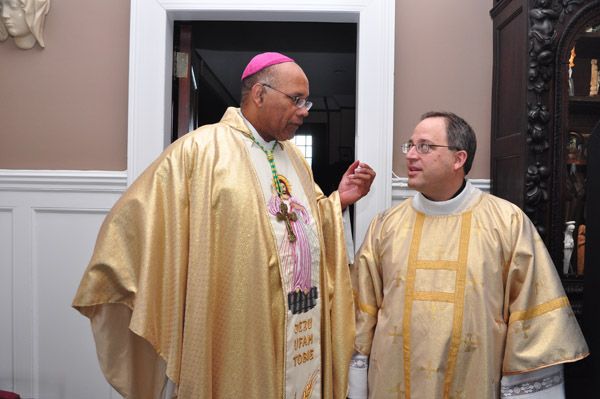 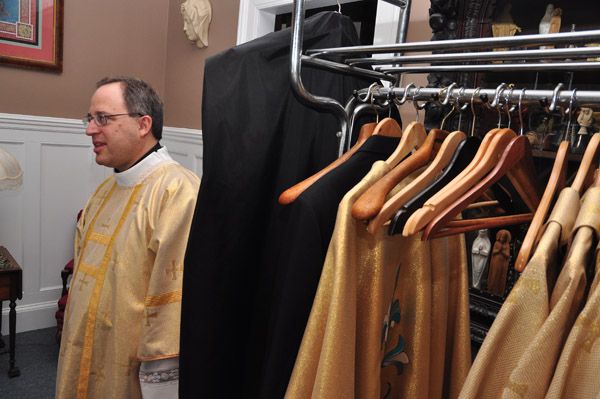 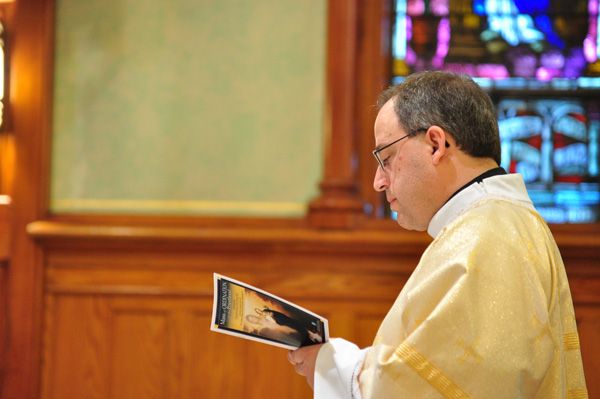 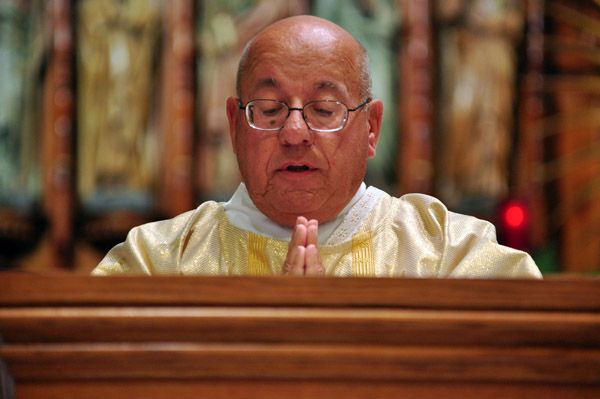 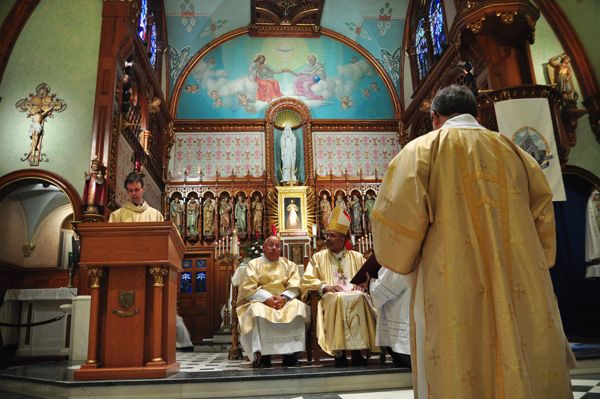 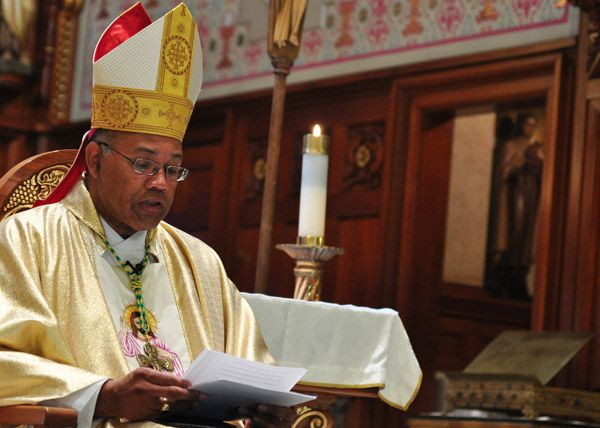 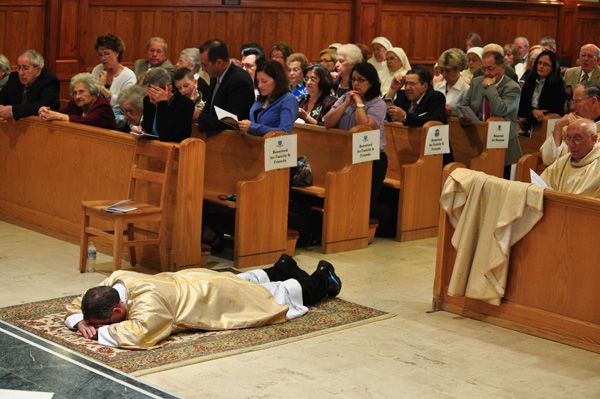 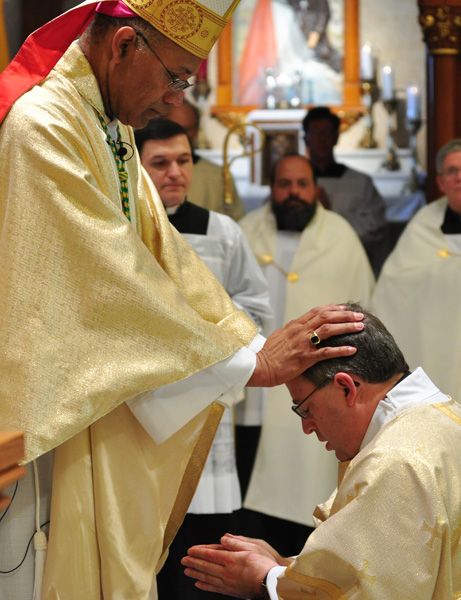 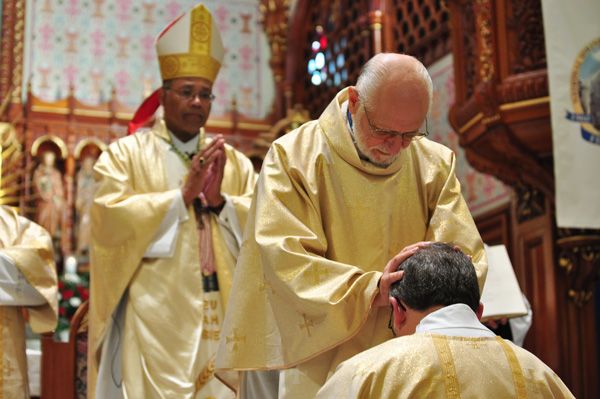 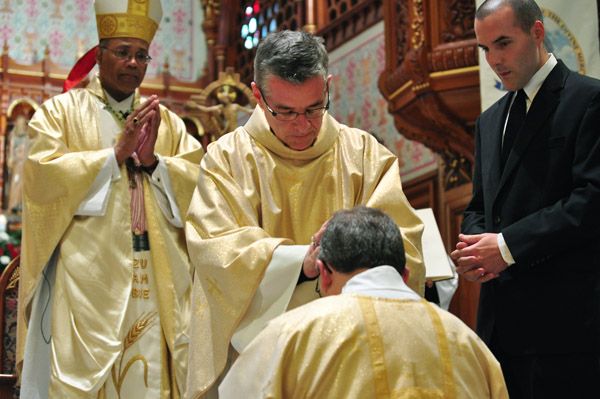 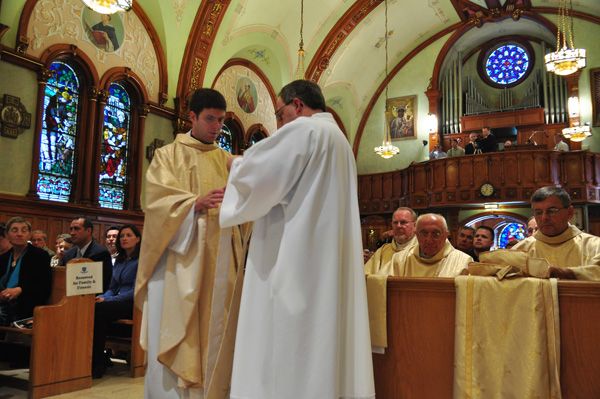 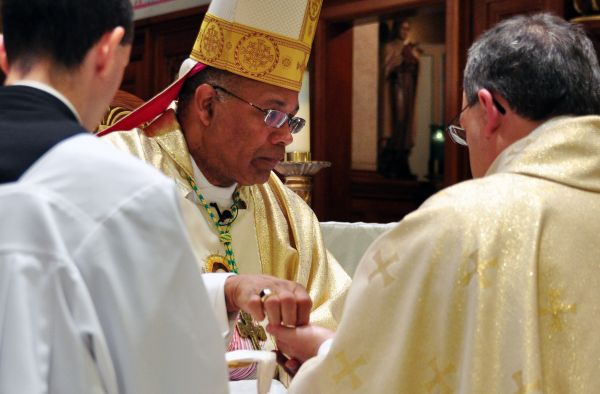 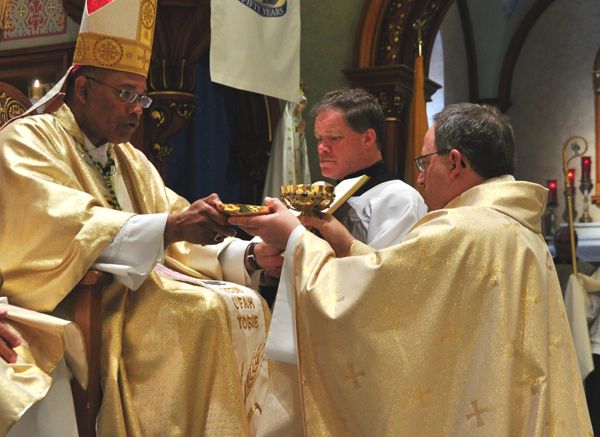 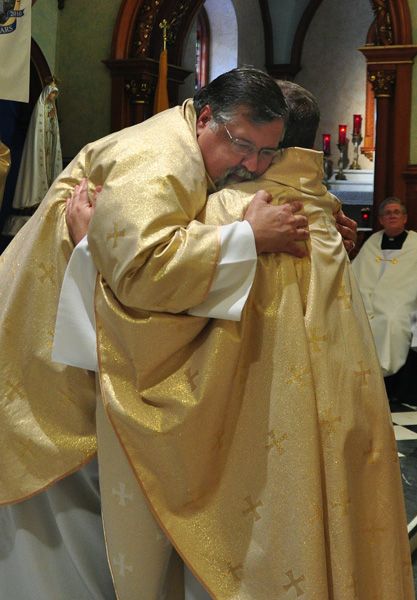 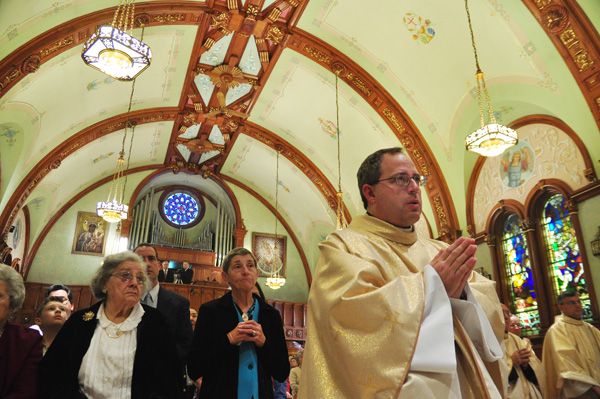 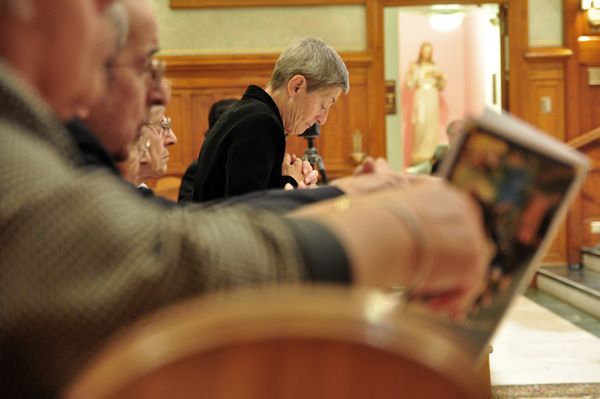 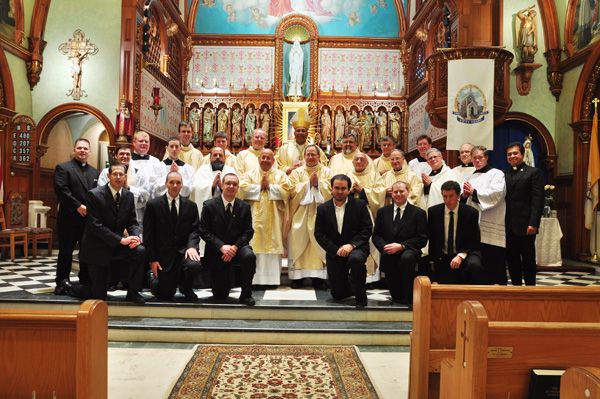 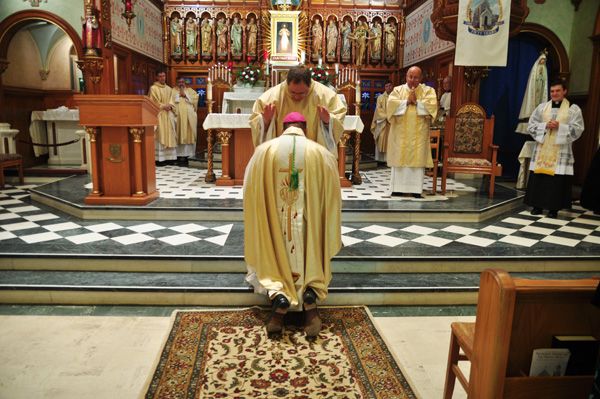 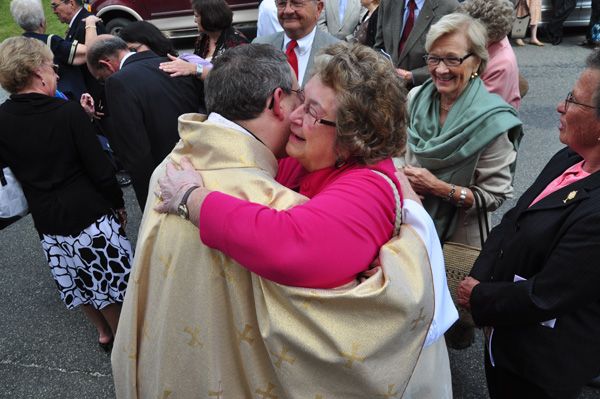