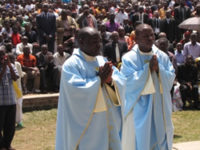 On August 5, 2012, the solemnity of ordination to the priesthood of two Marian deacons – Alexander Gasigwa (from Rwanda) and Dominique Iyamuremye (from Congo) – took place at the Marian Vicariate of Our Lady, Mother of the Word, in Rwanda, Africa.

Holy Mass, celebrated at the field altar in Nyakinama, was presided over by Bishop Vincent Harolimana, the Ordinary of the Diocese of Ruhengeri, where the Marian parish and Formation House are located. Priests – guests from the diocese, the deanery, and various religious communities from Rwanda and Europe – concelebrated along with the Marians (25 people in all).

The parish pastor, Fr. Grzegorz Leszczyk, MIC, opened the solemnity with a word of welcome addressed to the bishop, visiting priests, consecrated persons, and parishioners, who attended in large numbers.

In his homily, the celebrant emphasized the meaning and purpose of the priesthood. He encouraged the already-ordained priests and deacons who were about to be ordained to further deepen the mystery of the sacrament of priesthood. The ceremony of ordination followed, after which Frs. Andrzej Tokarczyk, MIC (the postulancy moderator), and Fr. Marek Cieben, MIC (the novice master) – two priests that for many years directed the formation of the newly-ordained priests – dressed them in the light-blue garments. The Bishop anointed Frs. Alexander and Dominique’s palms with the holy oils.

At the close of the Eucharist, the newly-ordained imparted their blessing to all the faithful gathered for that solemnity. They then followed other priests in a procession to the sacristy.

After the Eucharistic thanksgiving, the assembly gathered once more at the field altar to congratulate the new priests and to see a presentation prepared by the faithful from the Nyakinama parish and affiliated chapels. A festive dinner took place after the wonderful entertainment provided by the parish youth.

We wish our newly ordained priests perseverance in the religious life and priesthood. We also wish to the newly ordained to remember their service to others: bringing Jesus to those who yet haven’t heard of Him. 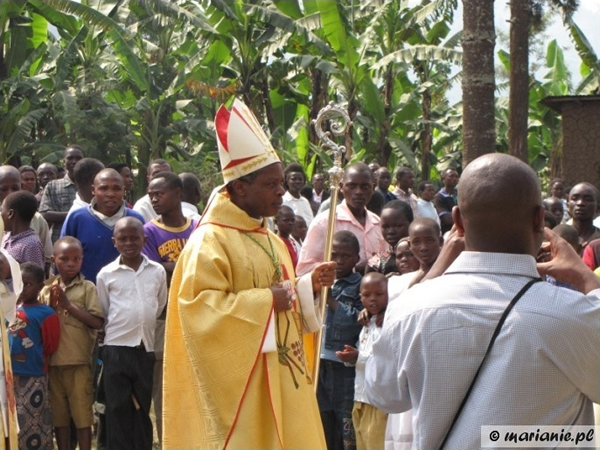 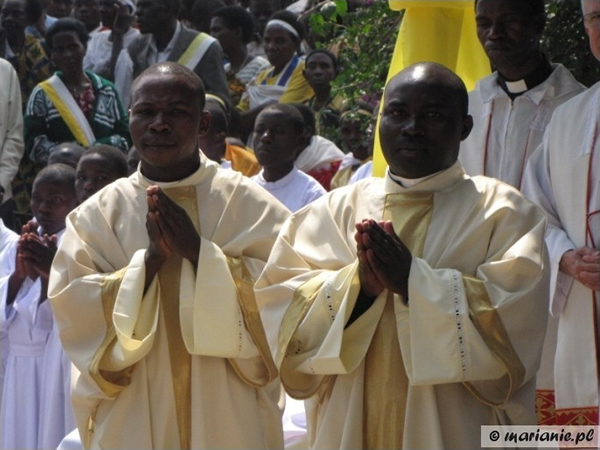 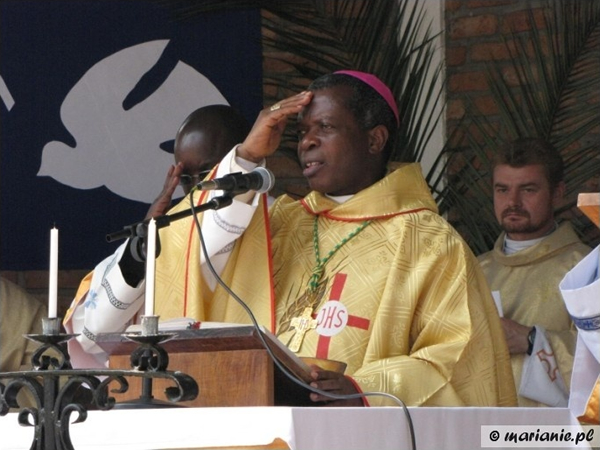 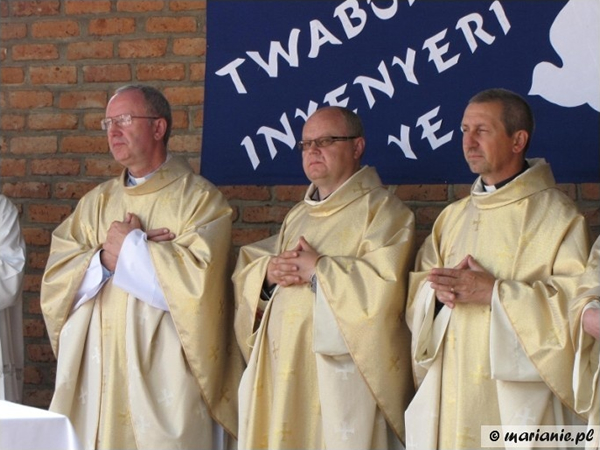 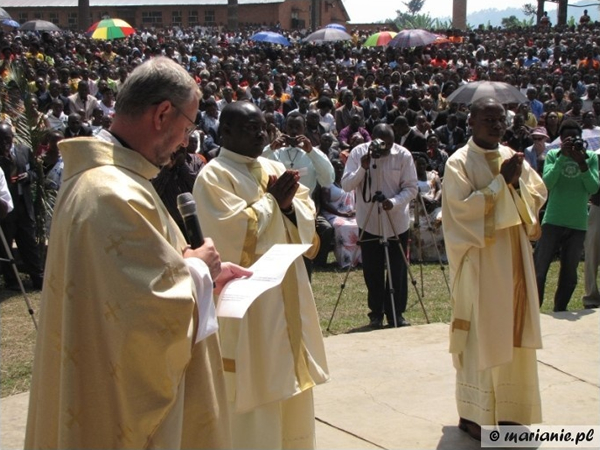 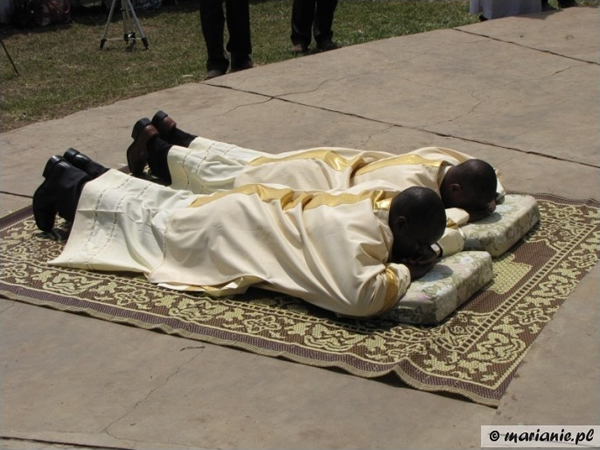 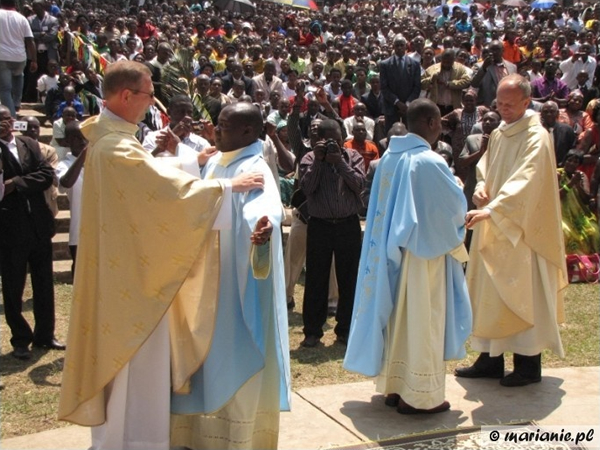 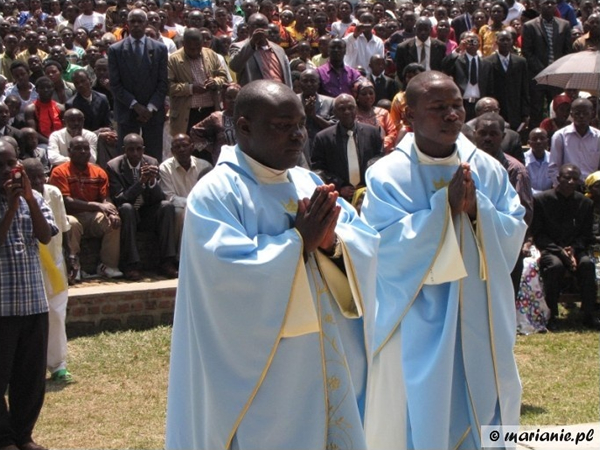 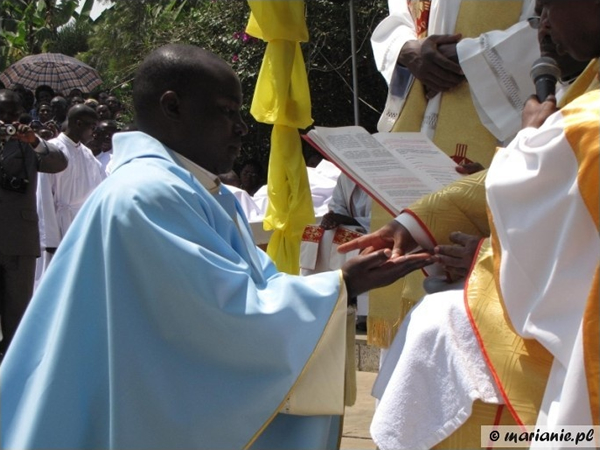 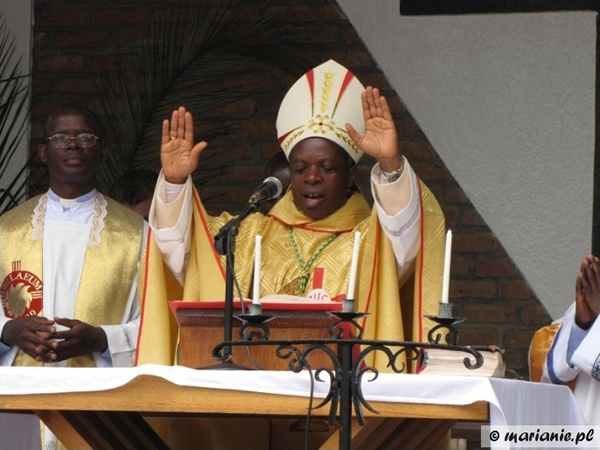 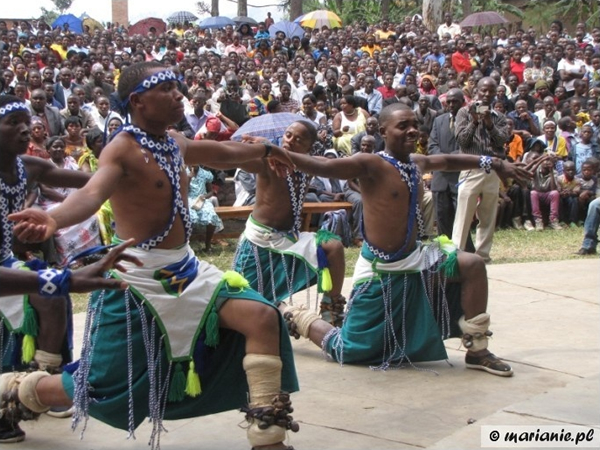 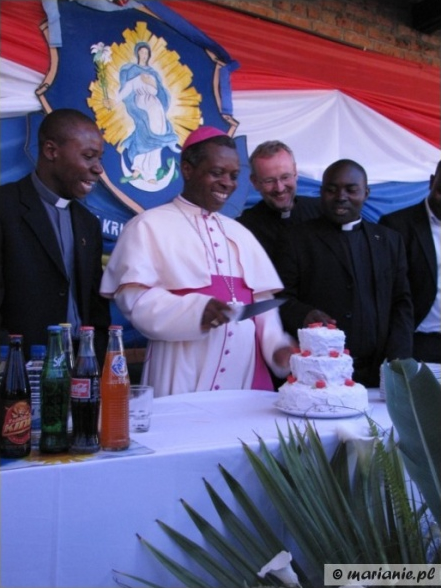 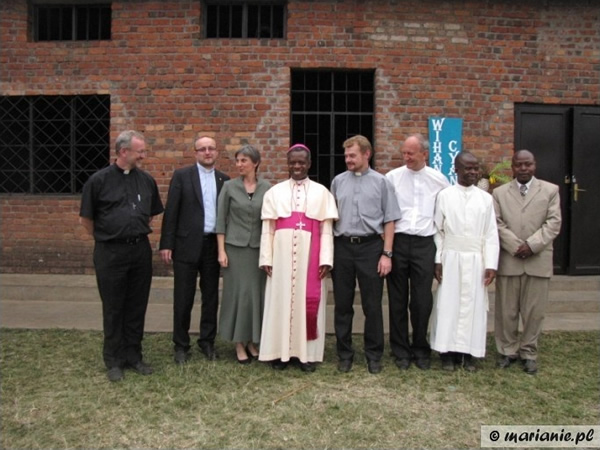