On Saturday, Sept. 7, 2019, Fr. Ernests Jansons, MIC, professed his perpetual vows. By this solemn act, which also signified the completion of his initial formation for religious life, Fr. Ernests united himself with the Marian Congregation for perpetuity. The ceremony took place at the Marian parish in Rezekne, in the presence of nearly all members of the Latvian Vicariate. Religious Sisters and lay faithful also attended.

In his homily, Fr. Andris Sevels, MIC, emphasized the need for being always prepared to meet the Lord because, in the words of Blessed Cardinal John Henry Newman, “We can meet God twice — at the hour of our death and today.” The homilist also spoke of the meaning and purpose of religious vows.

After the homily, the candidate answered questions, thus testifying before those present his wish to unite himself with God even more closely through perpetual religious vows. During the Litany to All Saints, the candidate prayed in prostration, as a sign of his humble acceptance of God’s will, while the whole community invoked the intercession of the saints.

After the litany, Fr. Ernests professed his perpetual vows before Fr. Dainis Kass MIC, Superior of the Latvian Vicariate, and took upon himself the obligation to persevere in the Congregation despite even the greatest difficulties. After Fr. Ernests received the crucifix, a symbol of perpetual profession, all perpetually professed members present at the ceremony gave him the sigh of peace thus expressing their joy in welcoming Fr. Ernest into the Marians permanently.

At the end of the liturgy, Fr. Dainis said that God generously grants the grace of a calling, but that there are only a few who respond to this call, and we greatly rejoice for everyone who pursues the path of a vocation to the religious life.

Father Ernests Jansons, MIC, was ordained in 2003 and joined the Marian Fathers in 2013, as a priest of the Rezekne-Aglona Diocese. He completed his novitiate in Skóriec, Poland, and professed his first vows in 2015. He served as vicar in the Marian parishes of Daugavpils and Rezekne, and after professing his perpetual vows, he will continue to be vicar in Rezekne, according to the Superior General’s decision. 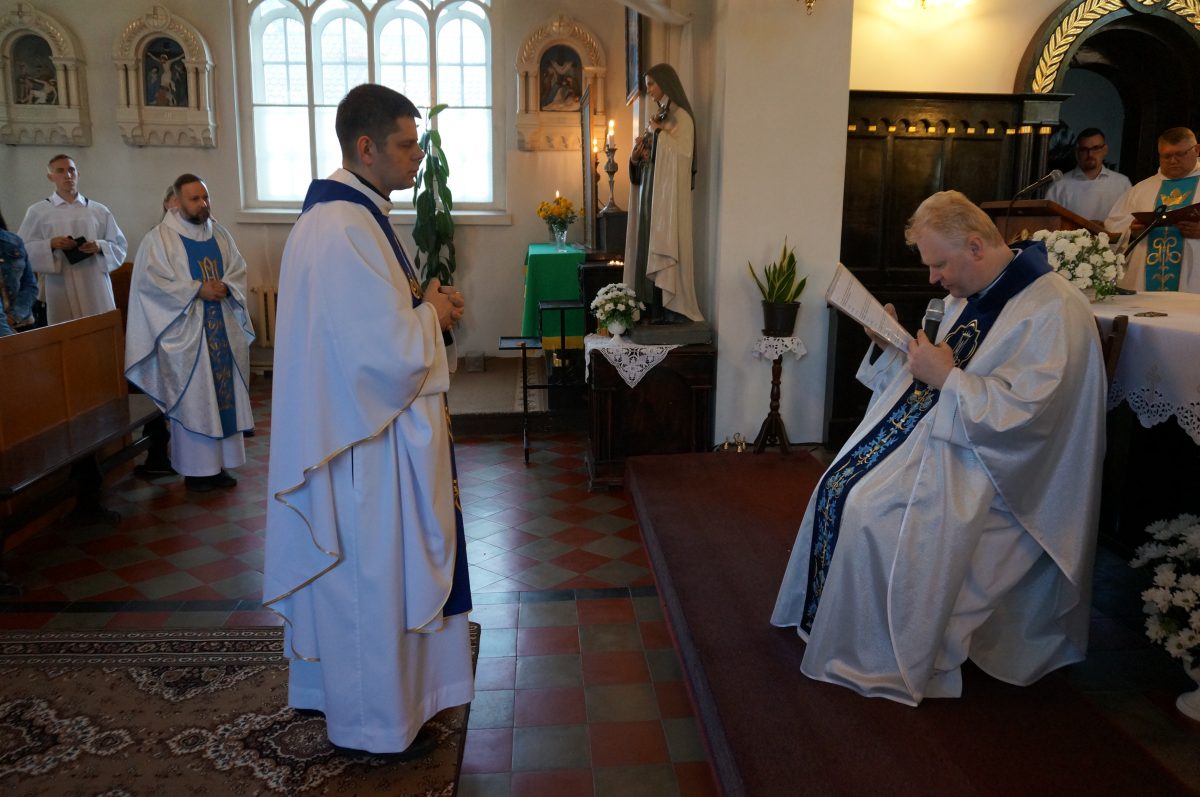