Washington, DC: ‘A Servant,’ in Imitation of Christ

Washington, DC: ‘A Servant,’ in Imitation of Christ 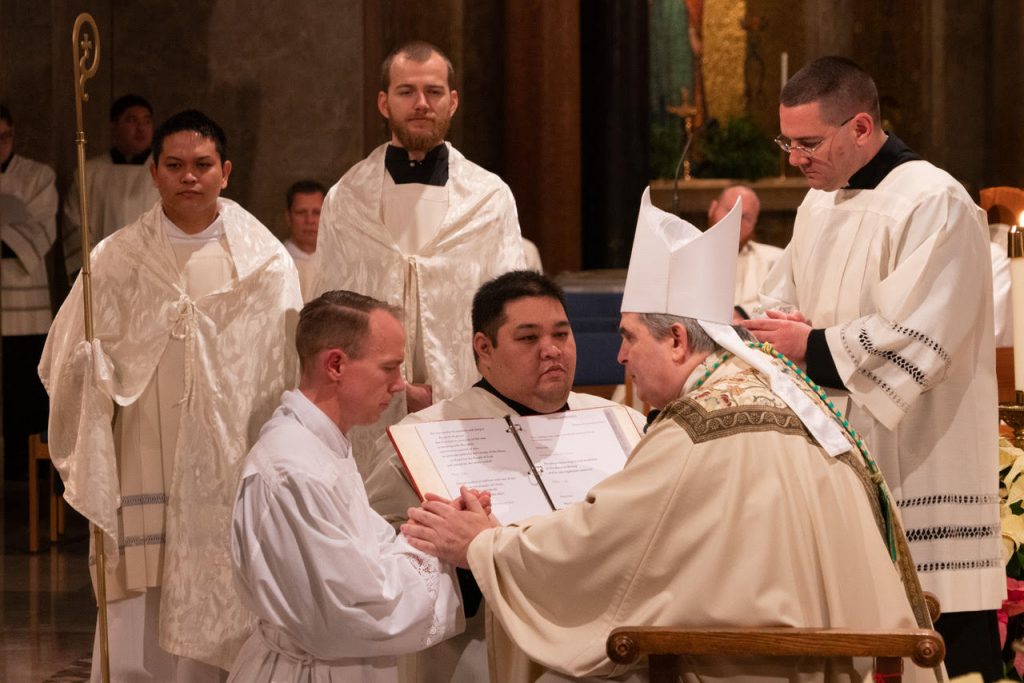 The Most Rev. Michael Fisher, auxiliary bishop of the Archdiocese of Washington, presided over the ordination liturgy and addressed the newly ordained Deacon David.

“As you are called on this day to ordination to the diaconate, we recognize in our readings today that there is a particular responsibility as well as a special call as deacons — that is, to serve God’s people and God’s Church,” said Bishop Fisher in his homily. “… Strengthened by the gift of the Holy Spirit, they will help the bishop and his priests in the ministry of the Word, of the Altar, and of charity, showing themselves to be servants to all.”

The transitional diaconate is the last step before ordination to the sacred priesthood.

Deacon David, originally from Azusa, California, joined the Marians in 2011. His mother, Joan, described her son as quiet, funny, and caring. David, the sixth of nine children, felt the call to the priesthood in 2009 on a trip to the Holy Land with his mother, not long after the death of his father.

Following the ordination, he explained what this major step in his religious vocation means for him.

“It’s service, as the bishop said in Mass today. I ask the Lord to remind me every day to be a servant for those in the Church and to give my life more and imitate Christ more fully each day,” he said. “I hope to continue to learn and grow in patience and humility as I prepare for the priesthood. I know I’ll make mistakes from time to time, but I’ll keep growing. I got here because of Him, so I can continue to rely on Jesus going forward. He will help me to continue going forward serving Christ and His Church.”

Providentially, Jan. 4 is also the day Deacon David was baptized years ago as an infant, and some of those who were present on that day were also able to be present for this monumental occasion — Deacon David’s mother, godparents, siblings, and family and friends.

Deacon David’s godfather, Ed, remarked, “I’m so proud of him. It was so exciting to see him sitting right by the bishop. To be there so many years ago at his baptism, and now he’s a deacon! The Lord works in wonderful ways.”

When Deacon David first told his mother Joan that he felt God calling him to become a Marian and a priest, she wanted to support him in whatever God was calling him to do.

“I thought it was a beautiful thing,” Joan said at the ordination reception. “In the beginning I knew it would be a step at a time for him, and here we are today. I knew it would be a sacrifice, but it would be such an honor to be a mother of a priest, that’s a special grace. Just this week during Adoration, I knew being a Deacon would be a very supernatural thing for him and he belongs to God now more than he ever did before. But I am so very happy — it’s not a bad thing, it’s just a very overwhelming thing that God chose him — one of my children — to serve Him in this way.”

For other parents whose children are considering a religious or priestly vocation, Joan said that they should do one thing: Thank God. “First of all, the Church needs priests, the laity needs priests to say the Mass, to give us Holy Communion, to bury us, to baptize us, to marry us, to make us holy, so thank God that He is calling men to be at His service. God will take care of you.”

In fact, Joan shares this from very personal experience. “After a pilgrimage to the Holy Land, just before David discerned to enter the Marians, I was diagnosed with an autoimmune disease that made me blind within a year. So, David asked me if I was OK with him leaving and entering the Marians. And I said to him, yes, I have my other children [to take care of me] but even if that wasn’t the case, God’s going to take care of me. As St. Padre Pio said: pray, hope, and don’t worry.”

For those who may be discerning a vocation, Deacon David said, “Continue to pray and discern. Try to find someone to help guide you in your discernment — a priest or religious person. Go on vocation retreats and be open to growing in prayer and service to the Church and others. All the baptized should grow in their faith and prayer and service. Even if you don’t feel called to a religious congregation, everyone can spread the message of Christ and His Church and support their parishes and communities like ours in various ways — financially and spiritually.”

Deacon David was also joined by many of his Marian brothers and priests on this special day. Brother Timothy Childers, MIC, and Br. Christopher Orante, MIC, Marian seminarians who entered the Marian Congregation at the same time as Deacon David, were overjoyed for their brother on this day. Brother Timothy said, “I’m so proud and happy for him. During the ordination I was thinking, God willing, I will be in his same place as him, being ordained, in just a few years.”

Brother Christopher added, “It was great seeing someone whom you have been with through all of the stages of formation get to this point. There is so much joy and happiness today.”

If you are interested in learning more about the Marian Fathers and discerning a vocation, visit Marian.org/vocations for more information.

If you feel called to support the Marian seminarians like Deacon David, please visit Marian.org/VocSupport for more information. 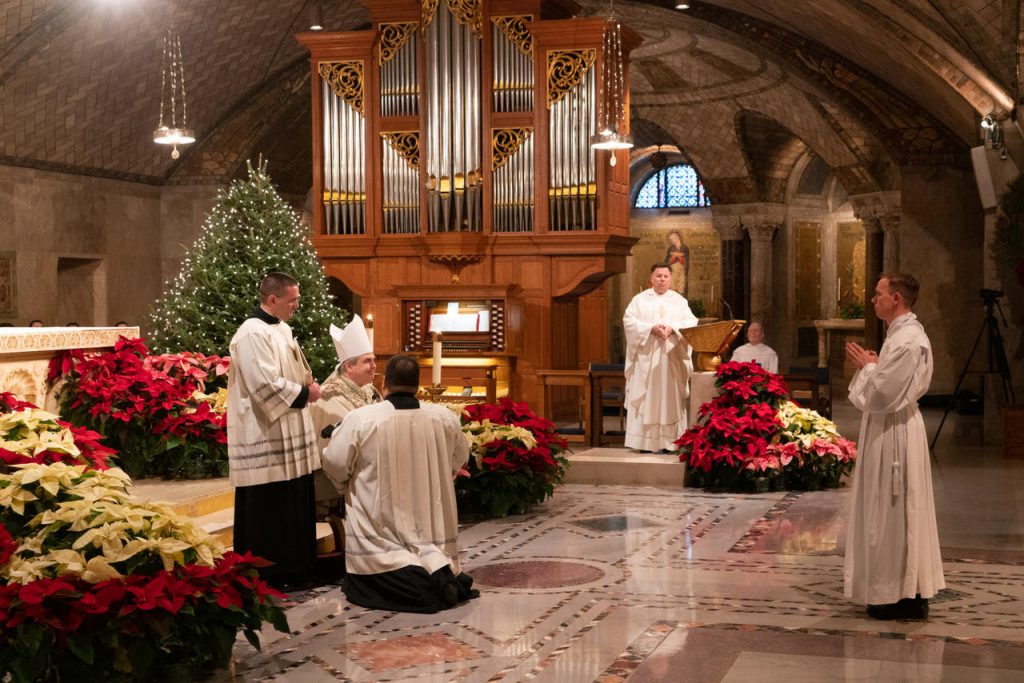 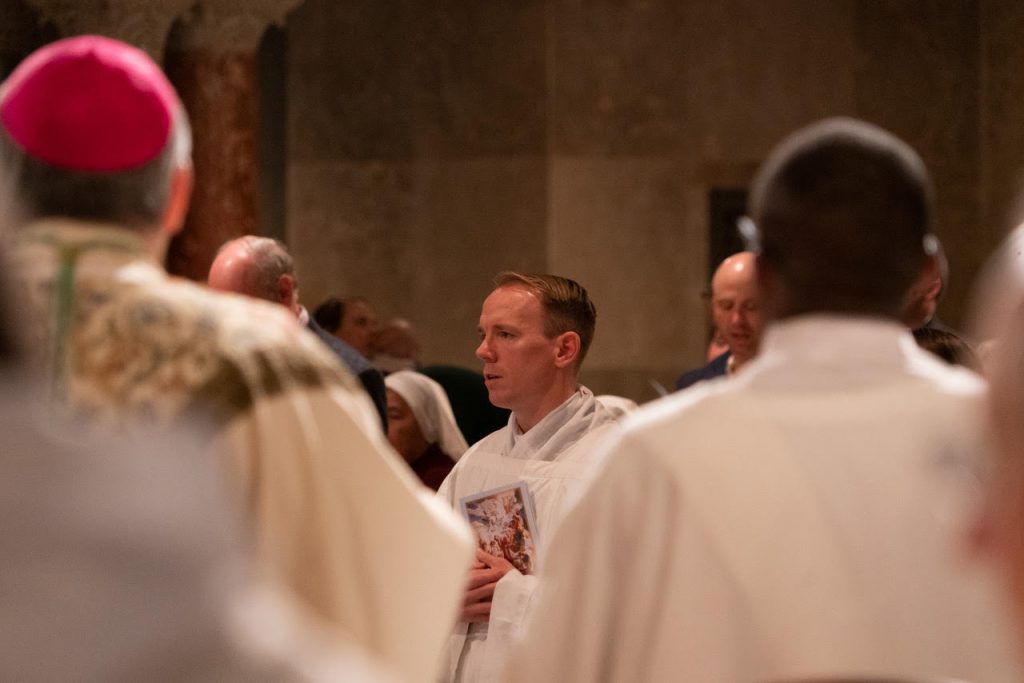 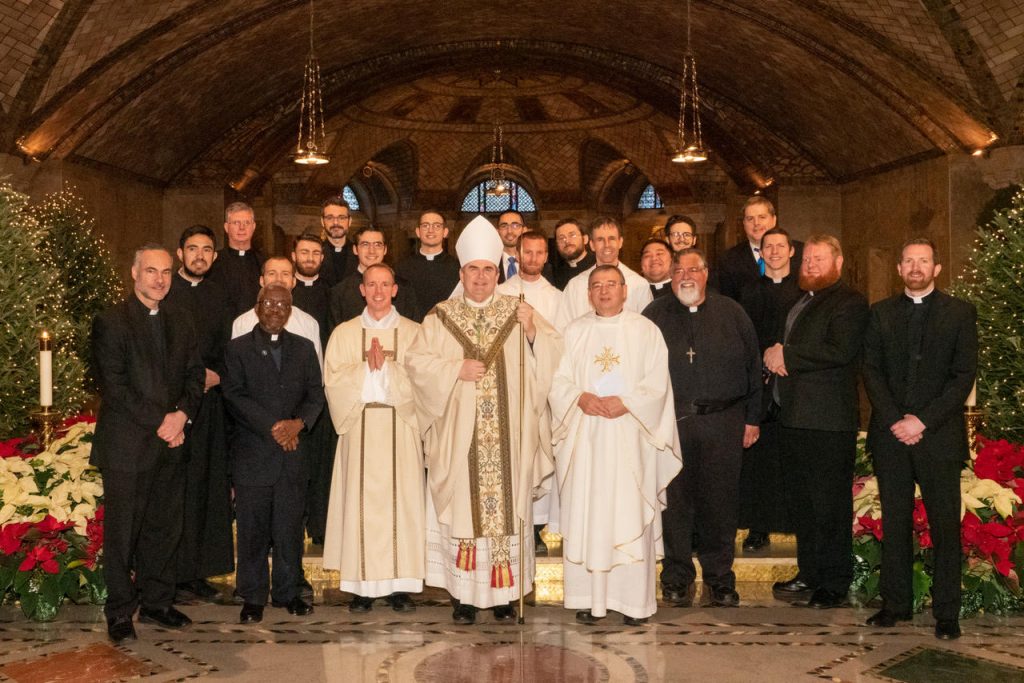