Vietnam: First vows of the Marians

Vietnam: First vows of the Marians 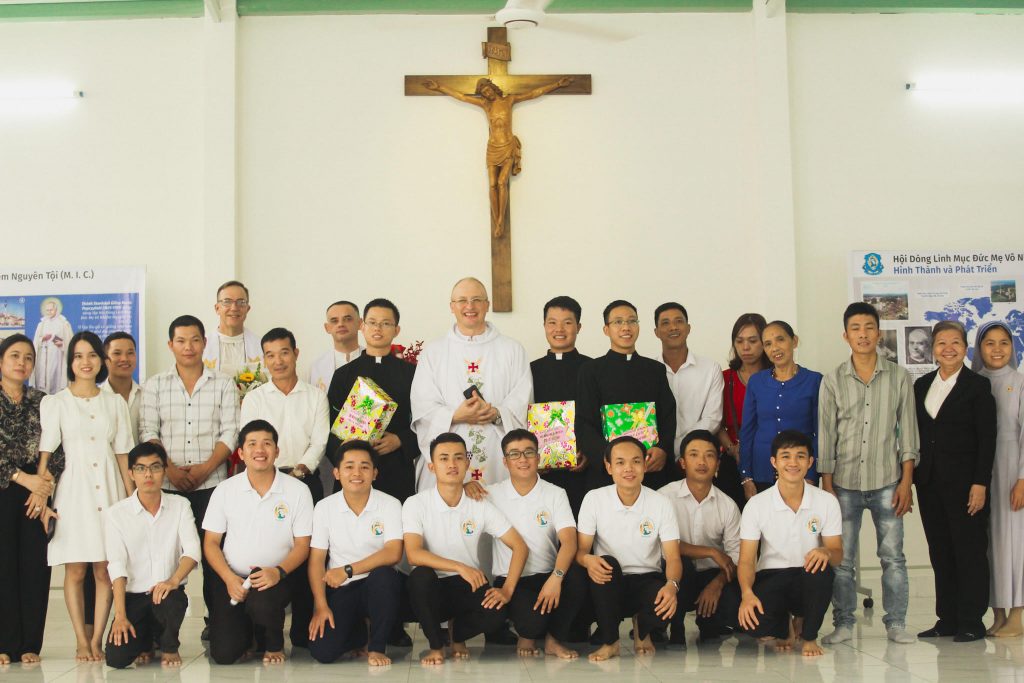 On behalf of the Superior General of our Congregation, on August 15, 2020-the feast of the Assumption of the Blessed Virgin Mary, our Mother and Patroness-I received the first religious vows of our first Vietnamese confreres: John the Baptist Nguyen Van Bien, Peter Nguyen Tien Dung, and Peter Nguyen Van Ha. The three newly professed young brothers have already spent over three years in our formation community in Saigon. Following a trial period of more than a year as candidates, they were admitted to a year as postulants, and then made their year-long novitiate. Today they made their first religious profession and were vested in the clerical garb used by the Vietnamese clergy.

The ceremony took place in our novitiate chapel. Due to the Covid 19 pandemic, only thirty people were permitted to attend; such are the restrictions imposed by the local government and scrupulously followed by the Church in Vietnam. Along with three Marian missionaries –Fathers Bogusław Gil, MIC, Emil Gallo, MIC, and William Hayward, MIC, who concelebrated at the Eucharist-and seven candidates to our Congregation, there were only the closest members of the newly professed’s families and a few friends and benefactors of our community in attendance.

The solemn Holy Mass for the Assumption of Our Lady, celebrated in Vietnamese mainly for the benefit of our guests, was concluded with the reading of the Superior General’s letter, sent specifically for this occasion. In his letter, Father General emphasized that the first profession of vows made by our Vietnamese Marians in the year of the 350th anniversary of our holy Father Founder Stanislaus Papczyński’s Oblatio, becomes another sign and confirmation of the supernatural character of his vision for our Congregation of the Immaculate Conception of the Blessed Virgin Mary, which God had imprinted on his heart. The Holy Spirit, who motivated the heart of Saint Stanislaus and inspired him to found a new religious institute, originally dedicated entirely to spreading honor to the Mother of God in the mystery of her Immaculate Conception, continues to bring people from different cultures and nations to perform this task.

Also, the Marian mission in Vietnam, which began with my arrival in this country on September 8, 2015, and our community at the St. Stanislaus Papczyński House in Saigon were established in the same spirit. Starting on August 15, 2020, this community is going to have six professed Marians. Giving thanks to God for the gift of the first vows of our Vietnamese confreres, we commend them to the prayerful remembrance of our entire Congregation, now celebrating the 350th  anniversary of our holy Father Stanislaus’s charismatic founding act. 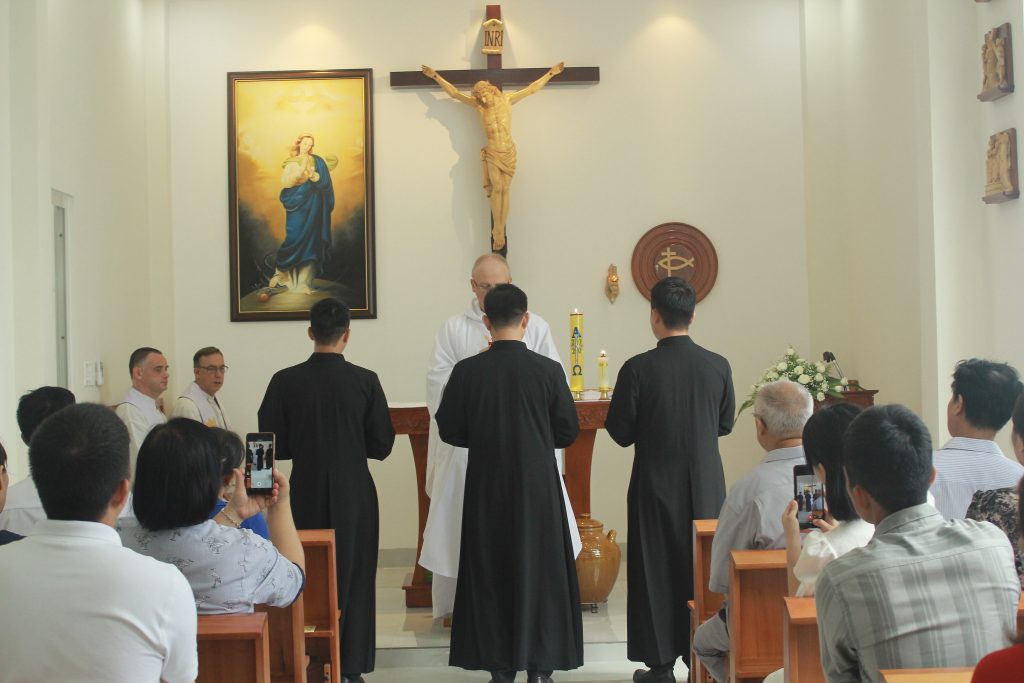