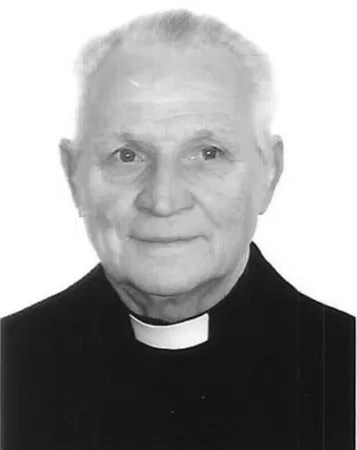 Lithuania, Marijampole: Fr. Jonas Malinauskas, MIC, a resident of the local religious house, passed away on December 11, 2020. He was 92 years of age, a religious for 61 years and a priest for 46.

Father Jonas Malinauskas, MIC, a member of the General Vicariate in Lithuania, was born November 30, 1928 in Pivašiūnai, district of Alytus in the Diocese of Kaišiadoriai to the family of Feliksas Malinauskas and his wife Uršulė Bakšytė-Malinauskienė, and was baptized on December 12, 1928.

Jonas completed his elementary school in Pivašiūnai and then continued his education in Marijampole.

In 1968-1974 he attended the seminary in Kaunas, Lithuania, where on April 9, 1974 he was also ordained to the priesthood by Bishop Juozapas Matulaitis-Labusas. Following his ordination, Fr. Jonas served at the following posts:

Father Jonas made himself known as a devout and humble religious, serving others with great dedication. As a resident of the Marian monastery in Marijampole, for as long as his health allowed he faithfully performed all religious practices, celebrated Holy Mass every day and was on duty at the parish office. He accorded a brotherly welcome to each petitioner coming to the office, patiently listened and provided counsel. He was diligent in visiting the sick that were homebound, in the nursing home, or in the hospital near the monastery, zealously carrying out the sacramental service to all.

He is buried in the Marian cemetery in Marijampole.