Skip to content
The Congregation’s Jubilee Gift for the Shrine of Saint Stanislaus Papczyński in Góra Kalwaria, Poland 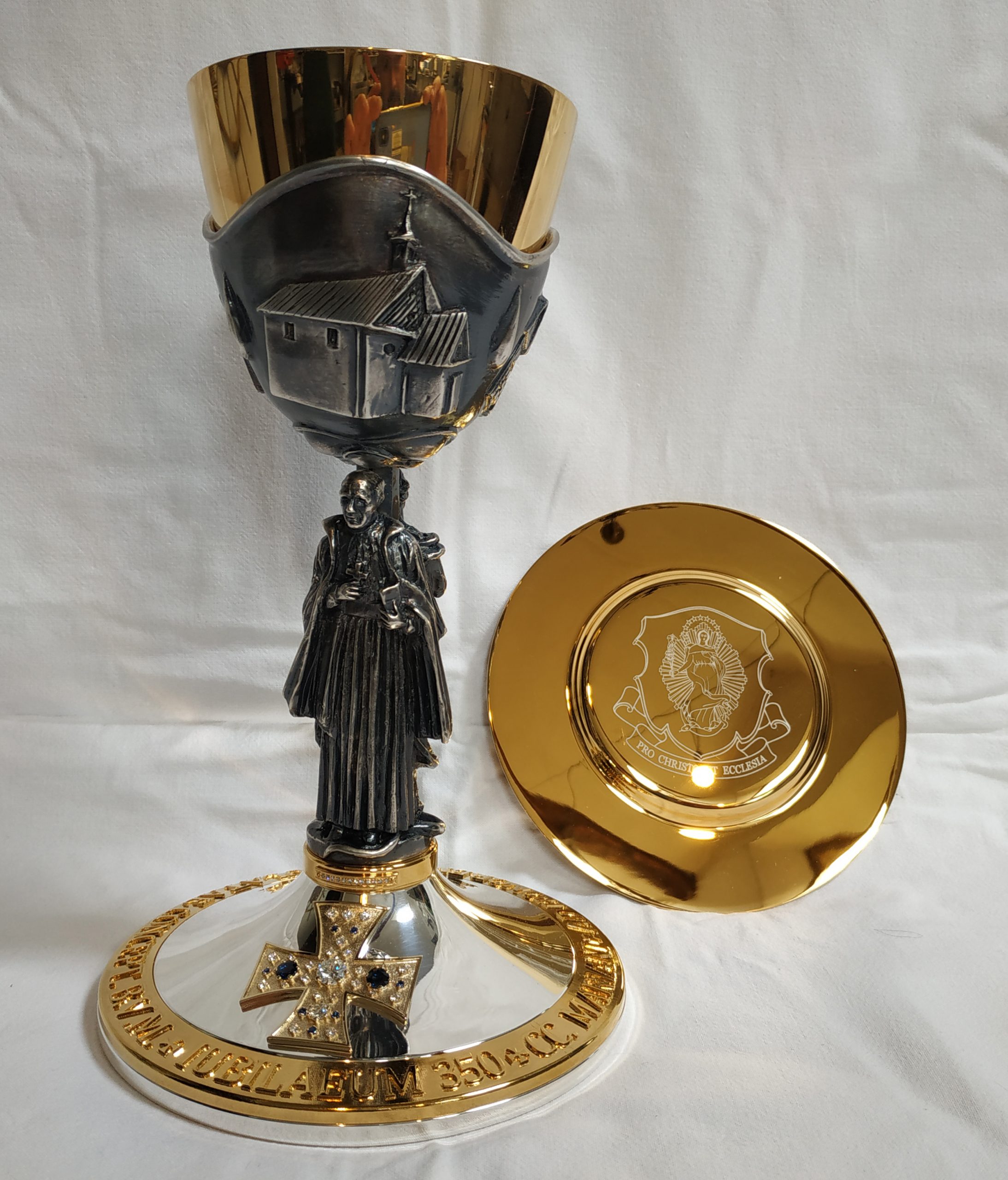 A special monetary gift of the Treanor family from the U.S. enabled the Congregation of Marian Fathers to have designed a silver chalice with a paten, which was then made by Mr. Mirosław Szczałba’s company of silversmiths in Polanowice near Krakow. At the request of the Marians, artists from Polanowice placed reliefs on the chalice referring to the beginnings of the Congregation. The rich symbolism of the chalice bowl, made of silver and finished with gold, presents such elements as: the chapel in Marian Forest built according to tradition by Father Stanislaus and his first companions, the Church of the Lord’s Cenacle in Marianki, and the sarcophagus of our holy Founder Father.

Two statuettes shape the stem of the chalice: one representing Our Lady of the Immaculate Conception modeled after F. Smuglewicz’s painting from the Church of St. Vitus in Rome and the other – St. Stanislaus Papczyński.

On the foot of the chalice there is a golden “Maltese” cross and a gilded Latin inscription commemorating the Jubilee of the Congregation: IUBILÆUM 350 + CC. MARIANI + AD HONOREM IMMACULATÆ CONCEPT. B.V.M. +

The aforesaid cross was made by Mr. Grzegorz Borczyński’s jewelry workshop at Wołomin near Warsaw. The chalice’s total height is 24 cm or 9.44 inches. The everse of the gilded silver paten bears an engraving of the Congregation’s coat of arms.