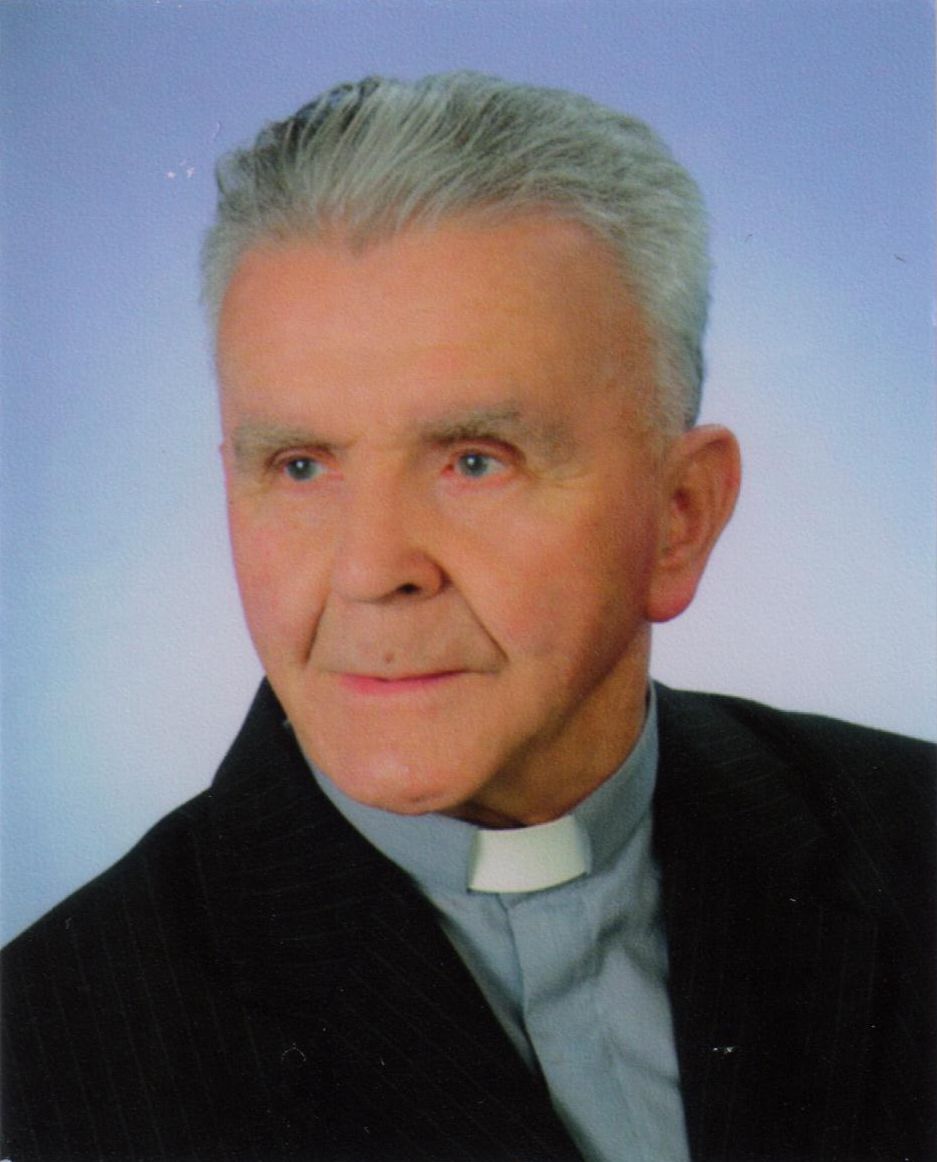 In the late evening hours of Aug. 10, 2021, Fr. Aleksander Olczyński passed away at St. Mother Teresa of Calcutta Nursing Home in Lublin. He was 92 years of age, a religious for 70 years and a priest for 61.

Aleksander Olczyński, MIC, son of Franciszek and Marianna née Wąsek, was born on October 14, 1929 in Frampole in the Biłgoraj District in the Diocese of Lublin. He completed in Frampole six years of school during the war and two years of trade school (and an apprenticeship in shoemaking).  In 1949, he was admitted to the Marian Minor Seminary in Warsaw at Wileńska Street, attending additionally the State High School for Adults in Warsaw in the Grochów District. He completed his second year of high school and entered the novitiate in Skórzec in 1950. On August 15, 1951, he made his first vows. Next, he was transferred to Bielany, where he did his 10th grade of high school. From 1952 to 1956, he resided at our religious house on Wileńska Street: in his first year he performed manual labor; later, after completing the 11th grade in 1954, he passed the final examination before a committee appointed by the Provincial. For the next two years, he studied philosophy. He made his perpetual vows on August 15, 1956, in Gietrzwałd. From 1956 to 1960, he studied at the Major Seminary in Włocławek. He was ordained a priest on June 11, 1960, in the Cathedral Basilica in Włocławek by the Bishop of Włocławek, Antoni Pawłowski.

In accordance with the practice of the time, in the first year after his ordination, he completed a pastoral study year (tirocinium) in Krakow with the Conventual Franciscans. From 1961 to 1962, he first worked briefly in Głuchołazy, and then as a pastoral assistant at Wileńska Street in Warsaw. Between 1962 and 1964, he was sent to work in the Diocese of Gorzów, serving there in turn as a vicar in the parishes of Lubiszyn, Międzyrzecz and Krosno Odrzańskie. Initially, he was formally assigned to the Praga house, and then to the Bielany house. From 1964 to 1966, he was a co-worker in the pastoral ministry and a catechist in Głuchołazy, and during 1966-1967, he was a catechist in Kiwity. In the years from 1967 to 1969, he resided in Bielany and was a co-worker in fostering vocations and working with parish missionaries. From 1969 to 1970, he was a catechist in Goźlin. In 1970, he was transferred to Warsaw, first to Wileńska Street, and then to Marymont, and was assigned the duties of catechist. In 1971, he returned to Wileńska Street and was appointed parish vicar.

In October 1972, he was sent on mission to Argentina and served in Rosario. After returning to Poland, he was assigned to work in the Licheń shrine where he stayed between 1978 and 1982. In 1982, he served in Głuchołazy for the third time as a catechist and pastoral assistant. In 1983 he was transferred to Stoczek, where he ran retreats. He stayed there until 1986. In 1986, he was sent to work at our house on Wileńska Street as a pastoral assistant. In 1987-88, he was a confessor at the shrine of Our Lady of Licheń. In March 1988, he was transferred to our religious house in Sulejówek, and in August of that year, he became the rector of the church and residence in Rzepiska.

In November 1989, he was transferred to Rdzawka and was a pastoral assistant. In the years between 1993 and 1995, he helped in the parish ministry at Stegny. While staying in Rdzawka and at Stegny, Fr. Alexander often traveled to Belarus, especially to Barysau, to support his confreres in their pastoral work. In the years 1995 to 1998, he was moved to our religious house in Barysau; there he assisted in pastoral work conducted by the local Marians in numerous churches and chapels. In December 2000, the Provincial Superior transferred Fr. Alexander to the house in Orsha, Belarus, and assigned him the duties designated by the Ordinary of the Vitebsk diocese.