All four deacons completed the three-year formation course in Nyakinama, Rwanda (Pre-Postulancy, Postulancy and Novitiate). After initial formation, all four took a three-year course of philosophy in Ngoya (Cameroon), after which two of them (Christian Munyaribanje, MIC and Félix Uwimana, MIC) had a pastoral year in Rwanda, while the other two (Alfred Niyobuhungiro, MIC and Cédric Ishimwe, MIC) went for a year to Lublin, where they took a Polish-language course. They continued their seminary formation – four years of theology – respectively in Africa and Poland.

Due to the pandemic, only a small number of the faithful – family members and friends of our confreres – participated in the celebration. The total number of celebration participants was limited to 100. The newly ordained priests will begin their pastoral ministry in Kibeho (Fr. Alfred and Fr. Christian), in the Nyakinama parish (Fr. Felix) and in the Nyakinama formation house and as the “Sunday” vicar of the parish (Fr. Cédric).

We wish to express our gratitude to the Polish Provincial Superior and his Council for admitting our two new priests to further religious formation, as well as Br. Celestin to begin his theology courses this year.

It is very important for our Vicariate to enable at least some of our confreres to deepen their knowledge of the Congregation’s charism at the source of its creation in Poland, so that – by learning the mother tongue of our holy Father Founder, they may remain in constant contact with the Polish Province, even when there will not be any more missionaries from Poland.

Other News from Rwanda:

On August 6, 2021, a ceremony of religious profession took place at our Nyakinama Formation House. After completing the pre-postulancy, postulancy and novitiate (three years in total), three novices made their first religious vows before Fr. Jean Pierre Rwamisare, MIC. In the second half of September, they will go to our house of studies in Ngoya (in the Cameroon Vicariate) to begin the first year of philosophy (in Africa, the course of philosophy takes three years). Also on that day, Br. Apollinaire Ntawanzegukira, MIC made his perpetual profession; he is a seminarian and during this academic year he made his one-year pastoral internship in our parish in Nyakinama. At the end of September, he will return to Cameroon, along with his newly professed confreres, to continue his 3rd year of theology. The ceremony was held in the formation chapel in Nyakinama with the Marian educators in Rwanda, Frs. Marek Ciebień, MIC, and Andrzej Tokarczyk, MIC participating. Also present were Fr. Dominique Iyamuremye, MIC and Fr. Justin Tabaro Habimana, MIC, who work in the local parish, and the Sisters of the Angels of Nyakinama with their novices and postulants. The Penitent Sisters from our parish were also present at the ceremony. Due to the pandemic, only the mother and the eldest brother of Br. Apollinaire attended the ceremony. Worthy of note is the fact that this ceremony became a historic moment in the history of Rwandan Vicariate: for the first time, the profession of vows was received by a native Rwandan – Fr. Justin. He is the pastor of the Marian parish of St. Stanislaus Papczyński in Ruyenzi. This is the first Marian parish in the world under the name of our holy Father Founder. Fr. Justin also is the first councilor of the Rwandan Vicariate. After completing his two-year studies in Rome and a several-month internship at Marian Fathers Seminary in Lublin, he returned to Rwanda at the beginning of the current year.

On September 8, 2021, native candidates began their postulancy. Two years ago, eleven candidates started the pre-postulancy program (learning French and getting Christian formation). After a month of formation, they had to go back home because of the outbreak of the pandemic and the closure of all universities and schools. All through Rwanda, this time became known as the academic “year zero.” A year later, 10 of the candidates returned to the pre-postulancy, and four of them completed the formation program. The current year will also be a “year zero” in our novitiate because of the “year zero” of postulancy a year ago.

On this occasion, it may be worth recalling our personnel situation in the Rwandan Vicariate: we still have three missionaries from Poland (Frs. Leszek, Marek and Andrzej). We have 10 native priests (including two from the Democratic Republic of the Congo). Among them are Fr. Emmanuel, who began his studies in Rome, and Fr. Alexandre who works in the diocesan parish. This year we will have fourteen seminarians (four in theology, ten in philosophy) in our house of studies in Ngoya (Cameroon), and one confrere who studies theology in Poland.

We commend our Rwandan Vicarage to the prayers of all, thanking God for every good experience that our community had on various occasions. We also wish everyone many favors from the Lord through the intercession of our holy Father and Founder – Stanislaus Papczyński. 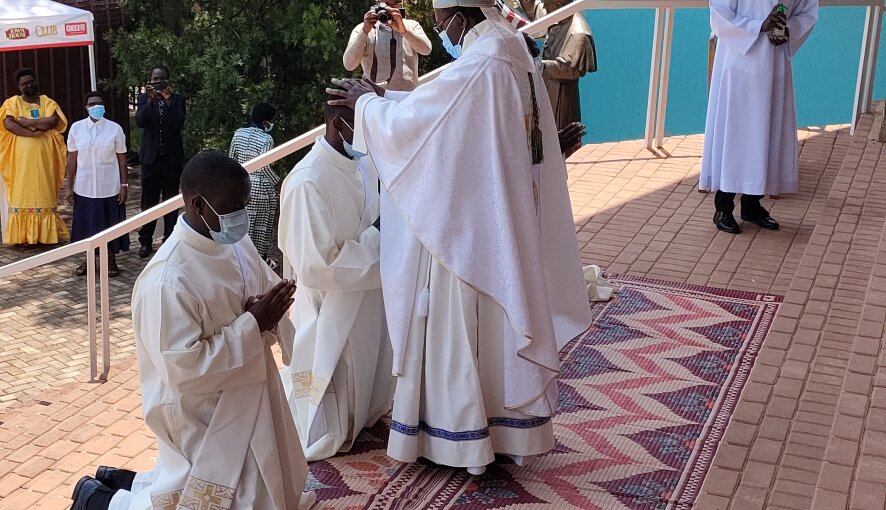 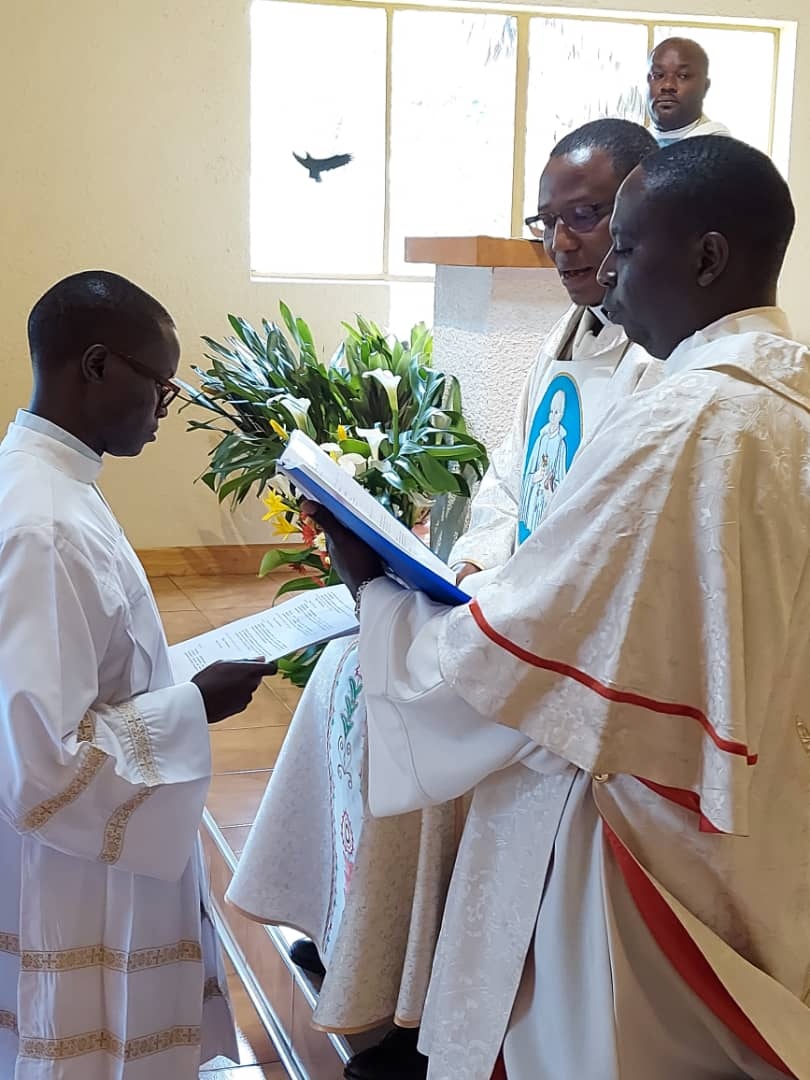 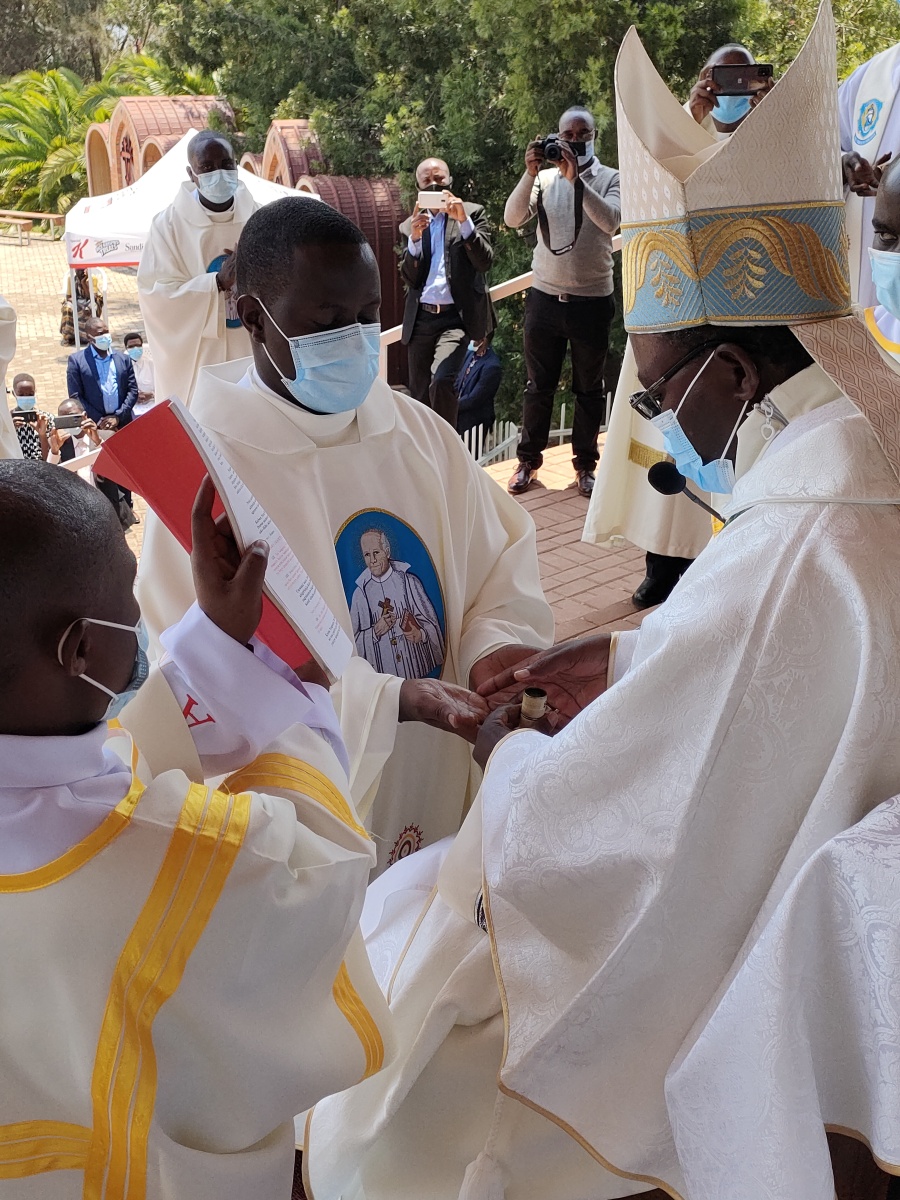