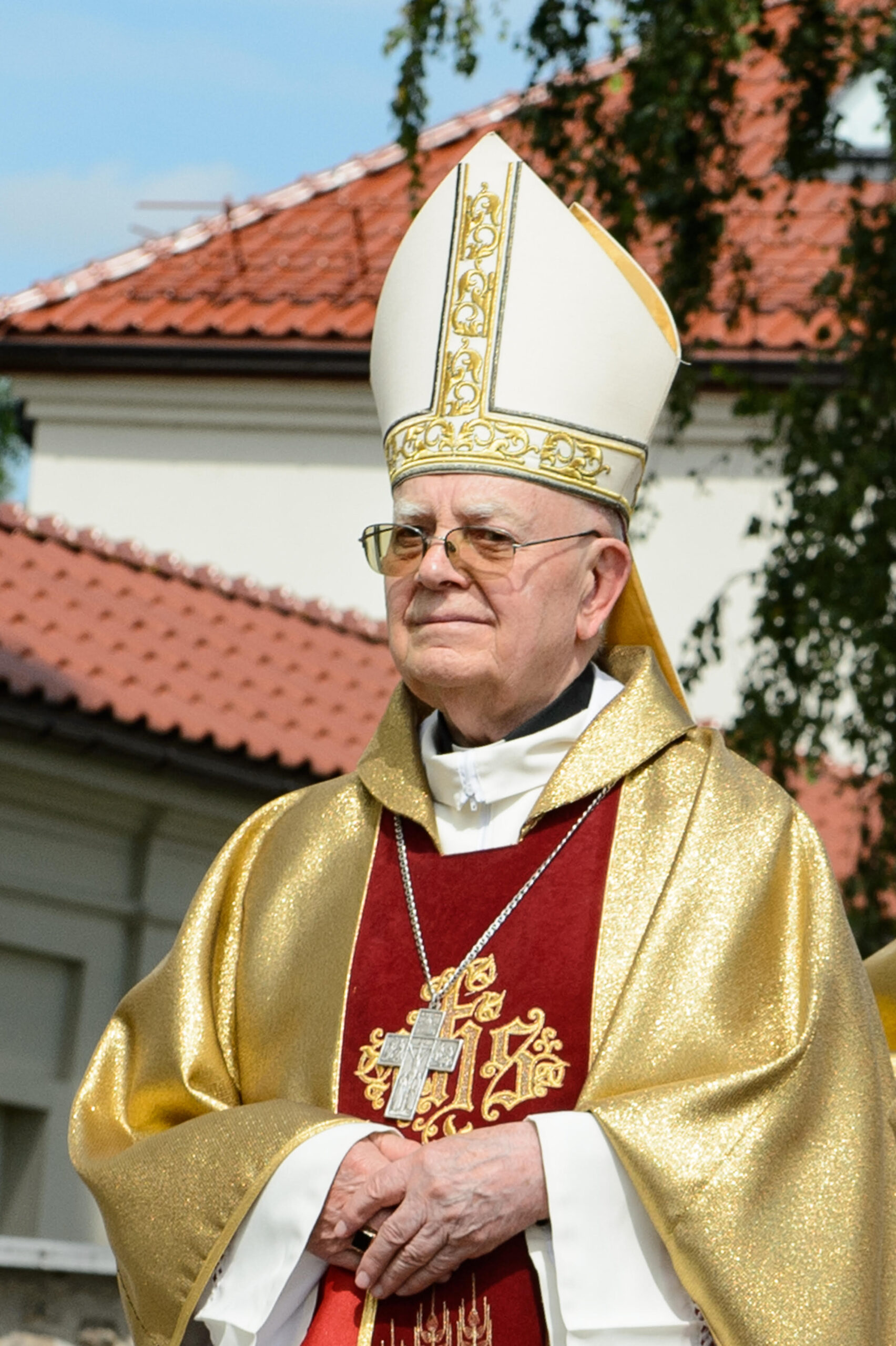 He graduated from the seminary in Kaunas and was ordained as a priest in 1949. He entered the Congregation of Marian Fathers and made his first religious profession in 1986. Two years later he was appointed titular bishop of Tabaikara and apostolic administrator of the Diocese of Vilkaviškis in Lithuania, and after Lithuania regained its independence and normalization of state-Church relations – in 1991 he became the first diocesan bishop in this capital since the outbreak of World War II. Bishop Žemaitis revived the diocese both structurally and spiritually. He spent the last twenty years of his life in Marijampole, being a real father to the inhabitants of the city, just as he was to his diocese before. He is buried behind the Marian Fathers’ basilica in Marijampole.