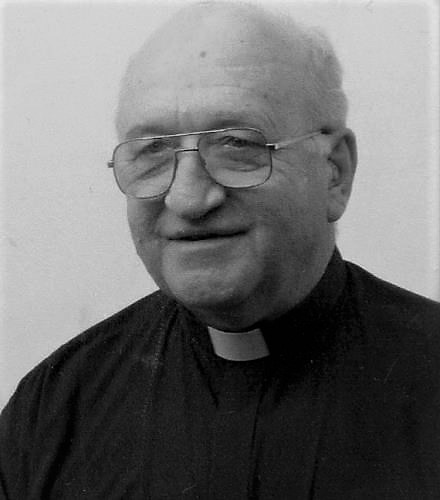 USA, Thompson, CT: On December 21 at the Matulaitis Nursing Home in Putnam, CT, Fr. Bernard Backiel, MIC, died. He was 90 years old, and he spent 71 years in the Congregation and 62 years as a priest

He was born in Leśniki, Poland, the son of Piotr and Helena Backiel. He received Sacrament of Baptism on December 26, 1932 in Tykocin. He made his first religious vows on August 15, 1951 in Skórzec, Poland, and made his perpetual profession on August 15, 1956. He was ordained priest on June 11, 1960 in Włocławek. After his ordination, he worked in Poland as a catechist, associate pastor and pastor. He immigrated to the United States on December 12, 1972. In the USA he worked as a retreat master, pastor of the Polish diaspora and parish priest. For some years, he was the editor of the Polish-language magazine Róże Maryi, published by the Marians in Stockbridge. He also served as a chaplain in hospitals and nursing homes. Everywhere he was a zealous promoter of the devotion to The Divine Mercy. The funeral of Fr. Bernard was held at the National Shrine of The Divine Mercy in Stockbridge, MA on Wednesday, December 28, 2022. The body of the deceased was laid to rest in the Marian Fathers cemetery on Eden Hill in Stockbridge, MA.