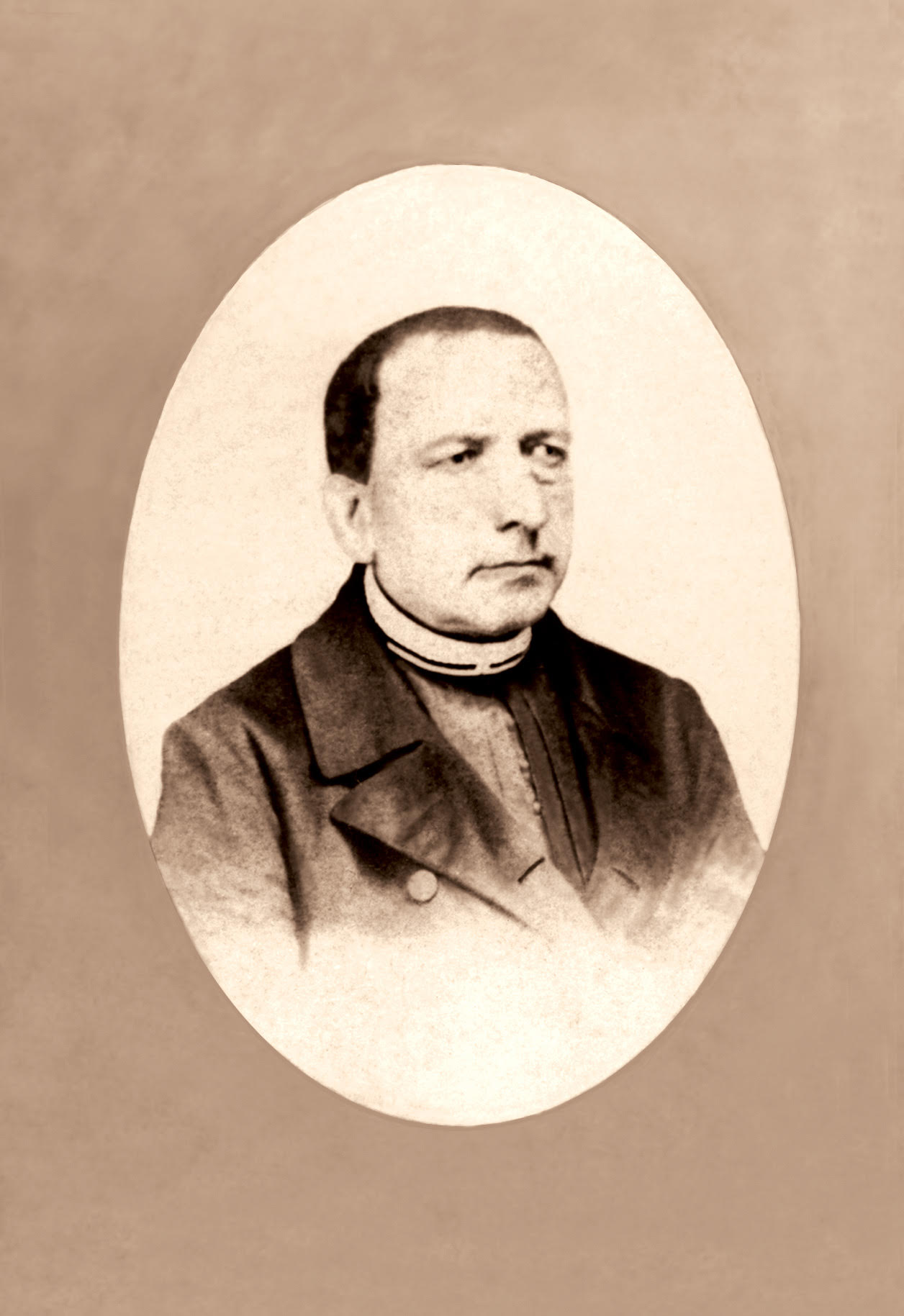 Fr. Christopher Szwermicki (alias Szwernicki), son of Adam and Katarzyna nee Woclawska, was born in 1814, in the village of Worpuniany, Diocese and Province of Augustow. He went to a three-year grammar school at Mariampole, which he completed in 1824. Next, he studied in a middle school run by the Marian Fathers at the Mariampole monastery. Then, at the age of 10, he took up residence at that monastery. There, in 1832, he finished his middle school, which involved a lay program of studies.

At this time he entered the Order, after completing the novitiate and professing his religious vows. His studies of philosophy and theology also took place in Mariampole. They were also conducted by the Marians themselves. The novitiate and following studies lasted usually five years. He was ordained to the priesthood in Sejny, on December 24, 1837, by Bishop Pawel Straszynski (1784-1847), who was consecrated Bishop in Warsaw, on January 8 of the same year, and, as the first Bishop of Sejny, took up his permanent residence there.

Upon the Bishop’s wish and following his Superiors’ orders, Fr. Szwermicki left for Warsaw in 1839, to learn methods of teaching in the Institute for the Deaf.

Having returned to Mariampole two years later, he organized and ran there a school for young deaf people. 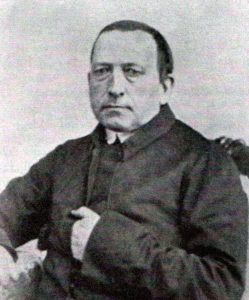 The 1884 General Chapter of the Marians elected him Superior of the Mariampole monastery. He held this office for two and a half years only.

On December 6, 1846, he was arrested, brought to Warsaw, put into the Alexander citadel, and tried by a court martial. He spent five years in the annex No. 10 of the Warsaw citadel, all the time being under strict investigation without any chance for defense. He stood accused of allegedly receiving forbidden books from Prussia. Upon this accusation, he was exiled to the Province of Irkutsk. He left Warsaw on March 23, 1852, along with other convicts who were to be transported to Siberia. When he came to Irkutsk, he obtained permission to fulfill his priestly duties at the local church.

Fr. Szwermicki was permitted to go back to his homeland because of the Czar’s edict issued at the coronation on November 17, 1855. However, fulfilling his parishioners’ desire, he voluntarily stayed in Irkutsk. Under the authority of the Decree given by the Metropolitan of Mohylew on December 10, 1855, he remained the pastor of Irkutsk and an army chaplain. This was also confirmed by State officials through their decision of June 26, 1856.

As a chaplain, Fr. Szwermicki took under his pastoral care Catholic soldiers from conquered Catholic countries such as Poland and Lithuania. They served in Czar’s army for many years and were located in remote garrisons, thousands of kilometers away from their native land. He also accompanied them during the war in Crimea in 1853-1856.

The Consistory of Mohylew, by its decision of May 13, 1857, awarded Fr. Szwermicki a cross and a medal for his participation in the Crimean war. Under the authority of the Czar’s Decree of April 20, 1870, he was decorated with the third class medal of St. Stanislaus in recognition of his faithfulness and devotion, as well as his worthy fulfillment of his duties. For the same reasons, the Czar granted him a third class medal of St. Anne on August 10, 1878.

Upon own request, Fr. Szwermicki was freed from all his responsibilities due to ill health. The Metropolitan of Mohylew released him by Decree No. 1067 of July 14, 1885. However, since his successor did not come and Fr. Szwermicki’s health improved, by the Decree No. 599 of March 22, 1886, the Metropolitan returned him to his former duties, following his own request as well as that of his parishioners.

Fr. Szwermicki’s parish occupied the entire Siberian area from the Arctic Ocean to China. Starting in spring of 1859, he made regular visitations to his parishioners, staying on the road for several months during the year. 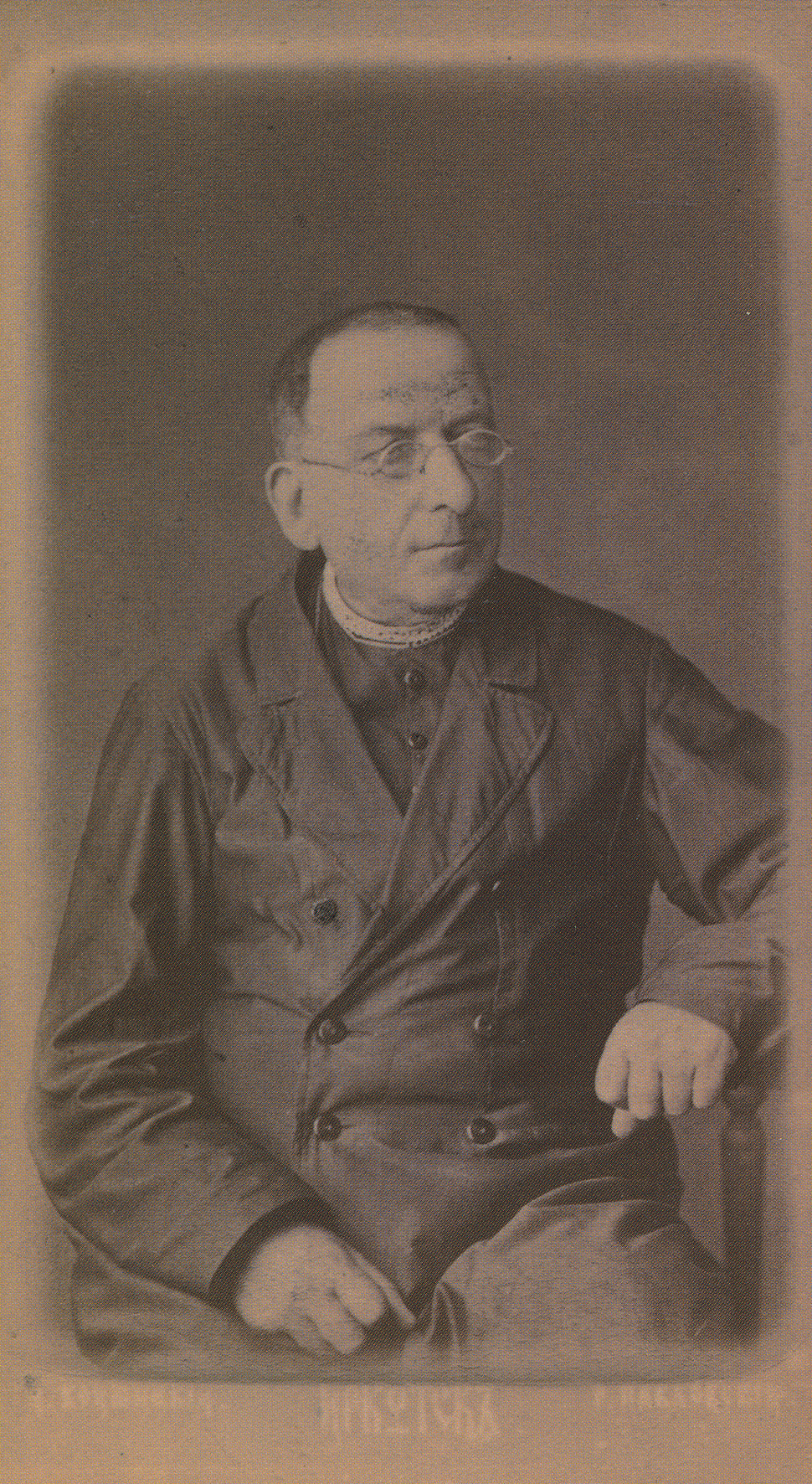 Photo of Fr. Christopher from 1870s

The exiles and settlers/deportees who did not have the right of returning home found spiritual support and help at his rectory. Priests were also frequently staying at the rectory, helping with the ministry. A young insurrection leader, Jozef Kalinowski, known today as St. Raphael Kalinowski, also experienced Fr. Szwermicki’s hospitality.

In 1879, Fr. Szwermicki witnessed the city’s great fire, in which his church also perished along with the rectory. However, shortly afterwards, he was able to build a new church. He also built and then ran an orphanage for the deportees’ children.

Regardless of his complete self-abnegation on behalf of the needy, in January of 1894, he was brutally attacked and beaten by some bandits. He did not recover from his injuries and died on November 26 of the same year. Fr. Szwermicki was buried in the Irkutsk church that he had built. Unfortunately, the location of his tomb is still unknown; it was also impossible to recover the church taken over by the Communists. However, there is a Catholic diocese in today’s Irkutsk, which has a cathedral erected by the local Bishop.

A letter of Fr. Christopher Szwermicki from Irkuck to Joseph I. Kraszewski from 1879 (PDF in Polish)