Generalate and International House of Study 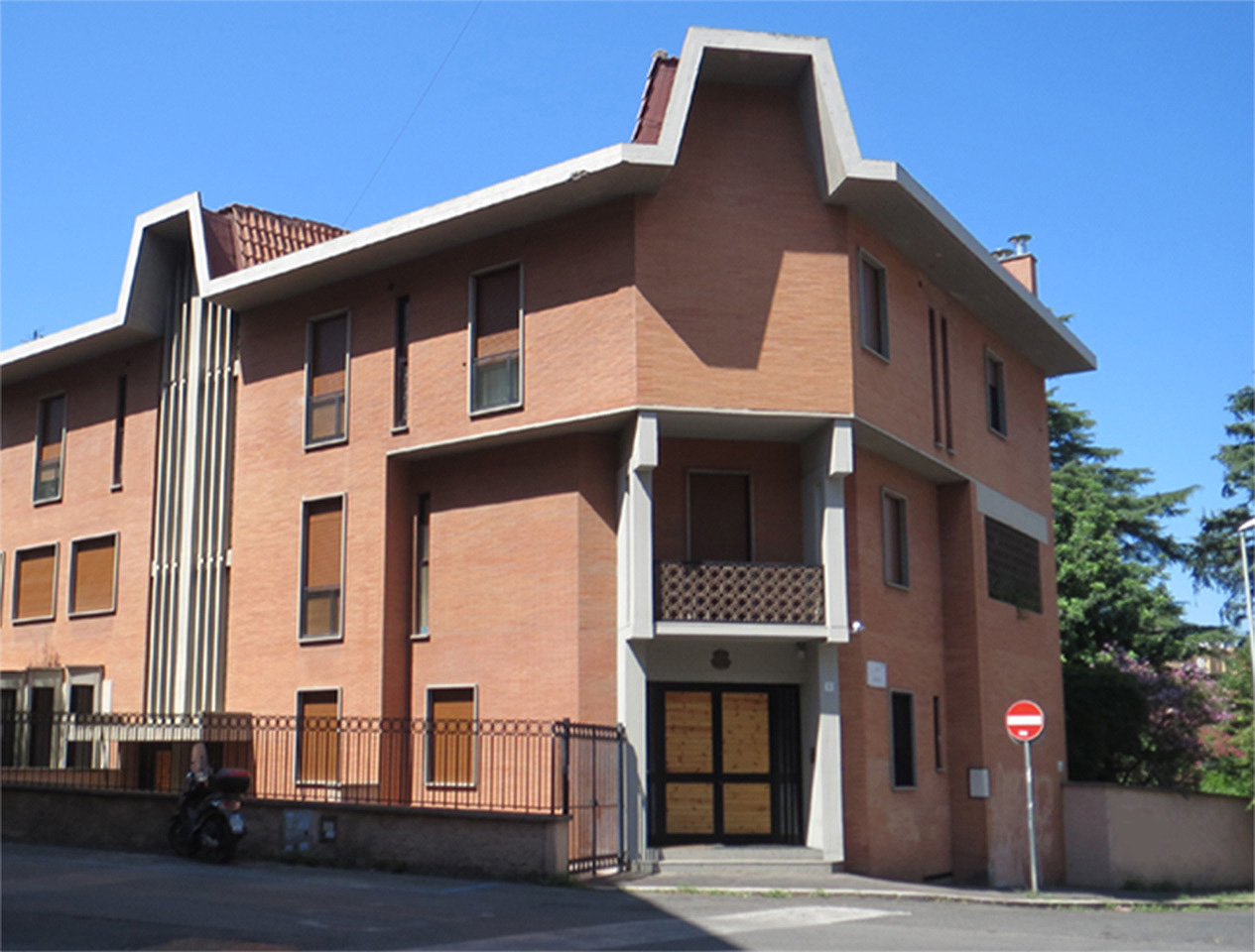 View of the main entrance
of the General House.

View of the chapel
in the General House. 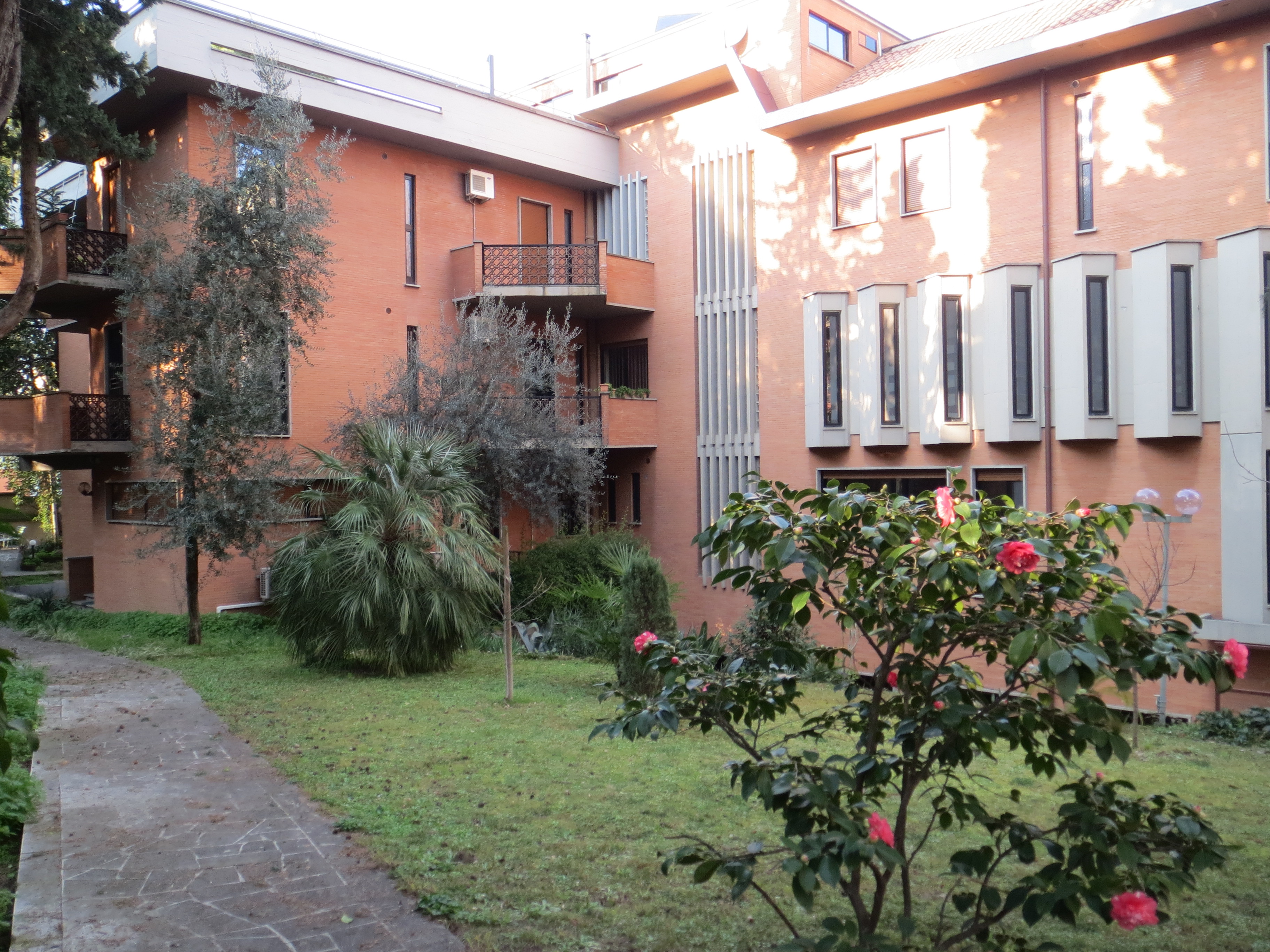 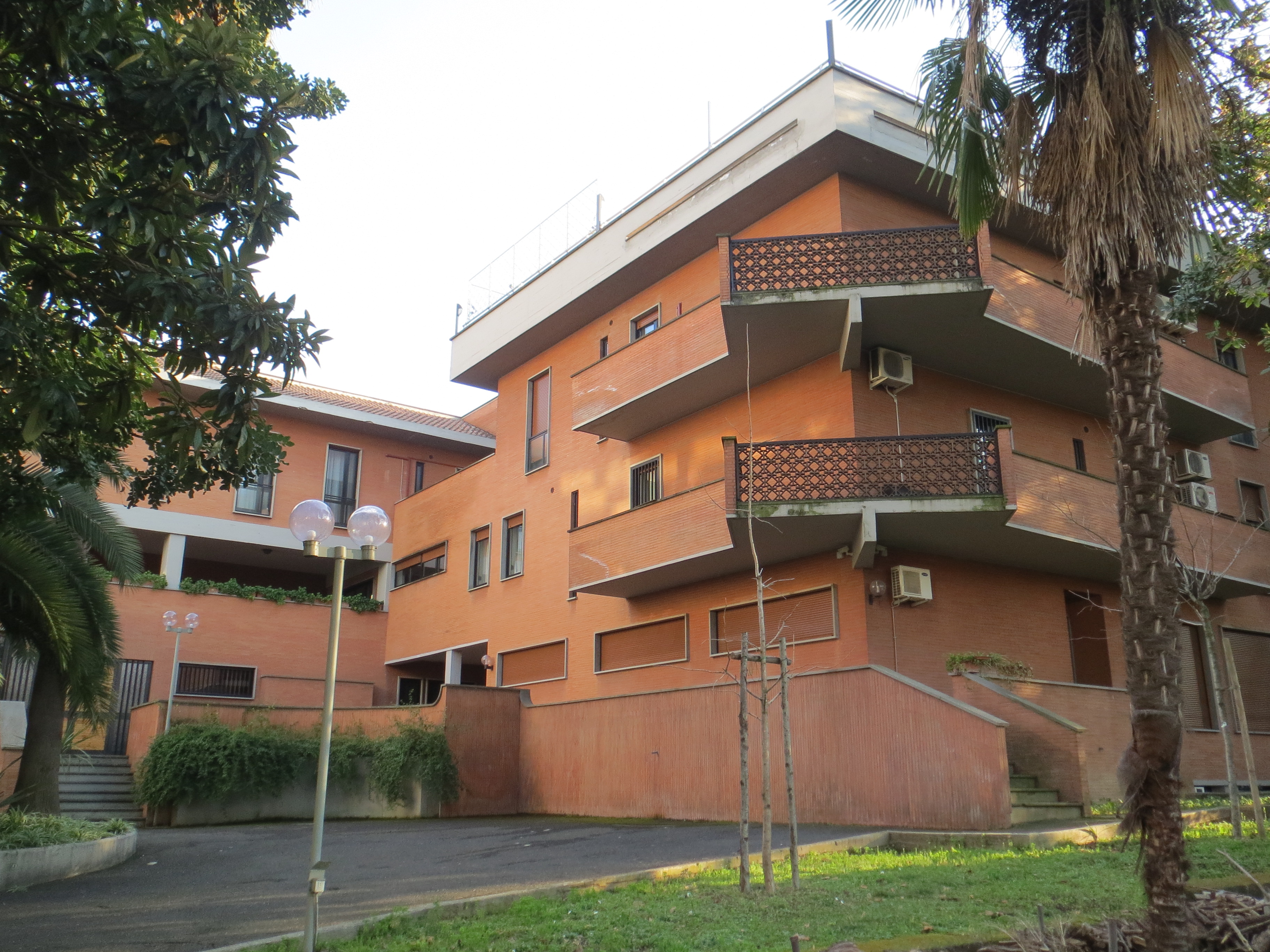 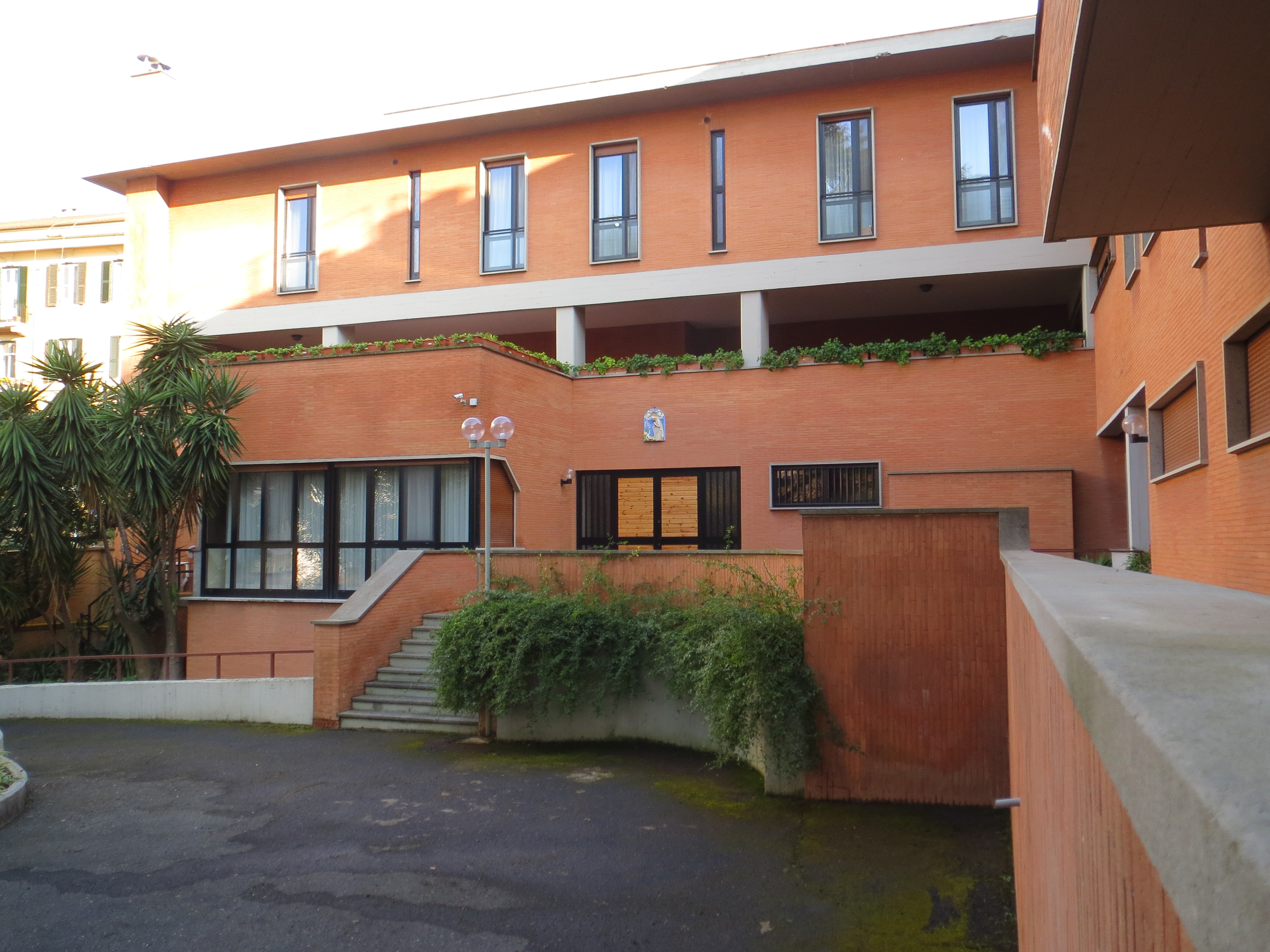 First Marians in the Eternal City

History of the Marian beginnings in Rome…

Twice in his lifetime our Founder, Saint Stanislaus Papczyński, visited Rome – first as a Piarist and again as a Marian, seeking the Apostolic See’s approval of the Institute. His successor – and one of the most active Marians after Fr. Stanislaus but before the renewal – was Fr. Joachim of St. Ann Kozlowski. He also visited Rome twice, each time seeking approval of the Marian Order. Neither one intended, however, to start a Marian foundation in Rome. It was only in 1731, when the Venerable Servant of God, Fr. Casimir of St. Joseph Wyszynski had come to Rome for the third time that efforts were made to establish the Marians permanently in the Eternal City, with the hope of attracting other vocations to the order.

On July 9, 1731, Fr. Casimir signed a contract with Marchese Christopher Cenci to take possession of the Chapel of Our Lady “dei Cerchi” and all the buildings, which formed the chapel property owned by the Marchese. A few days later, on July 16, Fr. Casimir took possession of the chapel with the ritual-like gesture of touching its walls and, after receiving the keys from the Marchese, opening and closing the doors of the chapel.

According to the law, the property had to remain in the estate of the Marchese Cenci. However, it was given to the Marians for perpetual use upon annual payment of 15 Roman scudi, provided the General Council in Poland confirmed the contract. Unfortunately, after two years, Fr. Casimir was obliged to end the contract because of disagreement on the part of the General Council. The place was not conducive to good health, infecting the Marians who lived there with malaria. Some Italian and Spanish candidates for the Order died there from malaria. Father Casimir left Rome, and returned to Poland in 1733. However, Fr. Casimir did not abandon his plans of creating in Rome permanent headquarters for his Order. This was his guiding principle during his stay in Rome in 1751-1753. Unfortunately, once again, he was unable to bring his endeavors to a successful conclusion.

After two unsuccessful attempts (1731-33, 1751-53) to find a permanent residence for the Marians in Rome, the General Chapter in 1776 appointed Fathers Candis Spourny and John Niezabitowski to go to Rome. They were assigned primarily to promote the causes of beatification of Fr. Founder and Fr. Casimir Wyszynski. Meanwhile, they were to look again for some church and convent as permanent headquarters in the Eternal City. At the end of 1776, those two Fathers came to Rome and stayed for some time with the Franciscans at Aracoeli. Father Candis immediately started efforts to find some place for the Marians. From the letters sent by him to the Superior General in Poland and to Fr. Fischer in Portugal, we know that he tried to acquire the church and convent of Santa Marian in Navicella. (Father Casimir Wyszynski had earlier made similar efforts.) At the end of 1777, he found that the Cistercians intended to sell their monastery. It was attached to the ancient church of San Vito, which dates back to the eighth century. On February 23, 1779, Pope Pius VI, in an Apostolic Brief, gave permission to the Cistercians to sell their monastery to the Marians. The price was 2,299 scudi. Of this, 1,000 was payable upon signing the contract of purchase. The documents were signed on July 12, 1779, and the Marians took possession on July 14, 1779. The balance was paid in installments on August 4, 1781, and December 29, 1781. 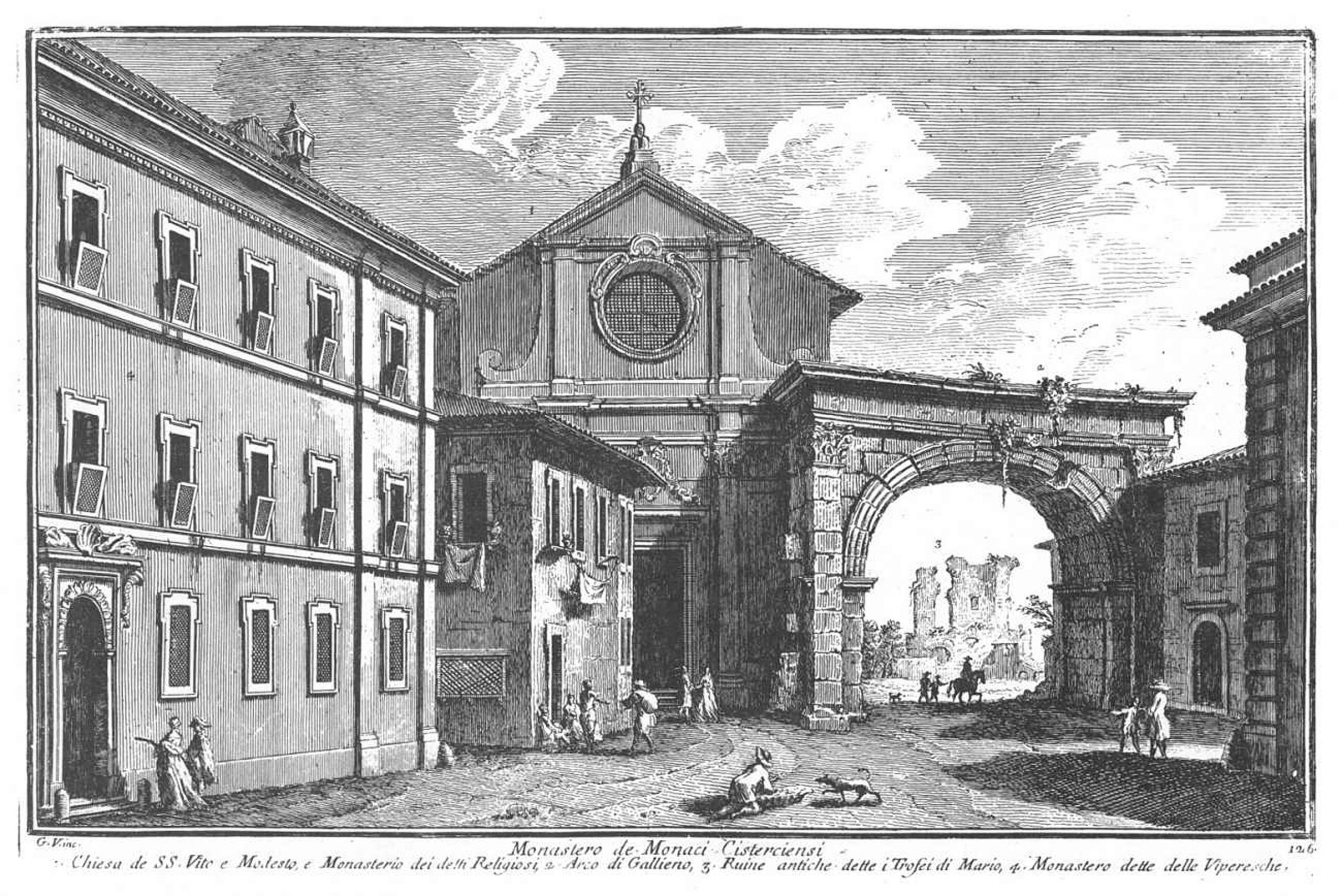 Even in those days money was not easy to come by. The Marians from Poland were able to send only 500 scudi; the rest was paid by Archbishop Carlo Camuzi, a friend of the Marians, particularly of Fr. Candis. Financial arrangements between Archbishop Camuzi and the Marians subsequently became a big headache. Unfortunately, they became entangled in financial problems between the Archbishop and the Polish Prince, August Sulkowski, who took out a loan from the Archbishop and then wouldn’t repay it. The Marians, unwisely, promised to get the Prince to return his loan. It was on this condition the Archbishop offered money to buy the monastery. This money was also offered under still more binding conditions: the Marians would pay an annual 6% interest, they would say Mass after the death of the Archbishop in perpetuity, and finally, the Archbishop be allowed to live in the monastery of San Vito, gratis, till his death.

As it turned out, neither the Archbishop nor the Marians ever retrieved the money lent to Prince Sulkowski. The Archbishop found residence at the convent of Santa Maria in Trivio, where he died on October 6, 1788. The Marians stayed in Rome until Napoleon’s troops occupied this city. 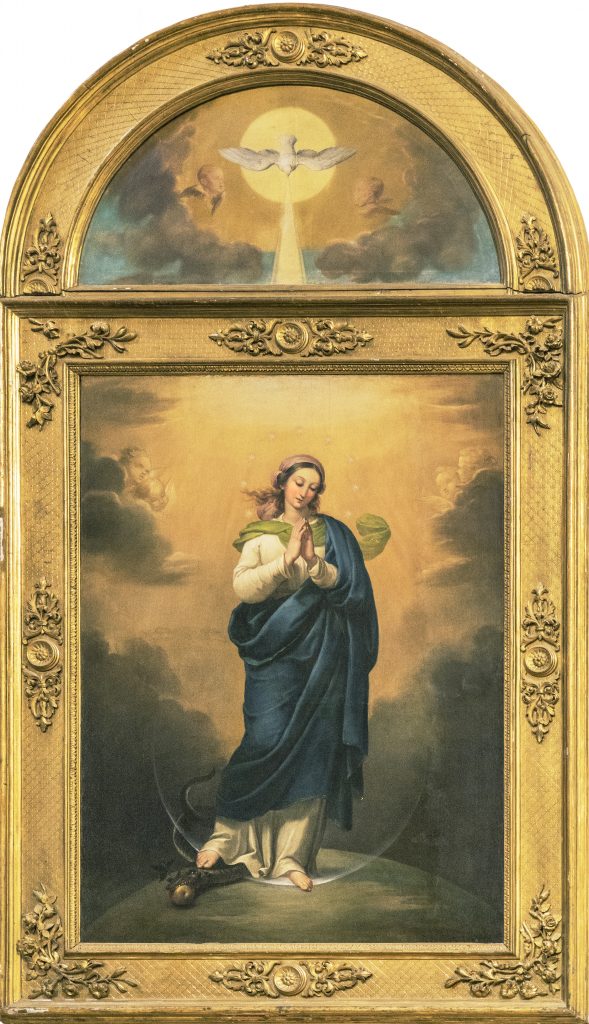 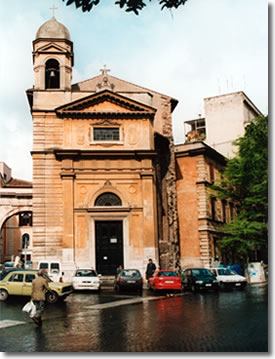 It is interesting to note that shortly after the acquisition of the new General Procurator’s Headquarters, a large size painting of Our Lady Immaculately Conceived was installed in the church. This image was commissioned by the Marian Fathers and painted by Franciszek Smuglewicz, a Polish painter and illustrator; he was born on October 6, 1745, in Warsaw, and died in Vilnius September 18, 1807.

From 1763 to 1784, Smuglewicz stayed in Rome, perfecting his skills by attending, among others, the Academy of St. Luke, thanks to the scholarship granted by King Stanislaus August Poniatowski. While living in Rome, the artist undertook at the request of Fr. Candidus Spourny, to paint an image of Our Lady, which work has been originally commissioned to one of the Roman artists. However, for unknown reasons and despite accepting the down payment, this artist did not perform the work. Remarkably, modern Italian publications erroneously attribute the authorship of the painting to Pietro Gagliardi, who lived from 1809-1890.

The image, which Smuglewicz painted in a classical style, was installed by the Marians in the main altar of their new Roman church in December of 1782.

Because of these and other financial troubles, Fr. Spourny was recalled from Rome by the Superior General and transferred to Poland in 1783. Father Norbert Golkowski was sent to replace him. He died in Rome in 1788. His place was taken by Fr. Thaddeus Bialowieski, who stayed at San Vito until he was elected General Superior in 1793. After him, Fr. Sylvester Lechniewicz was appointed Procurator and Superior at San Vito. It was he who, with other Marians, was expelled from their monastery at St. Vitus in 1798, when Napoleon invaded Rome and ordered all foreigners to leave.

The Marians never returned to San Vito. Today the church serves as the auxiliary parish church to the Basilica of St. Mary Major and the monastery is the parish office and rectory. The ancient church is undergoing extensive reconstruction. Under the direction of Italy’s department for the preservation of historical monuments, skilled artisans have worked to restore it to its original splendor.

It took the Marians 125 years to re-establish their presence in Rome. It came about through the efforts of the Marian Renovator and Superior General of the Congregation, Blessed Archbishop George Matulaitis-Matulewicz. He arrived in Rome on August 5, 1925, and, having secured the Holy Father, Pius XI’s support, began the process of establishing the headquarters for General Government and International House of Studies of the Marians. This day opened the new page in the book of the Marian presence in the capital of Christianity.