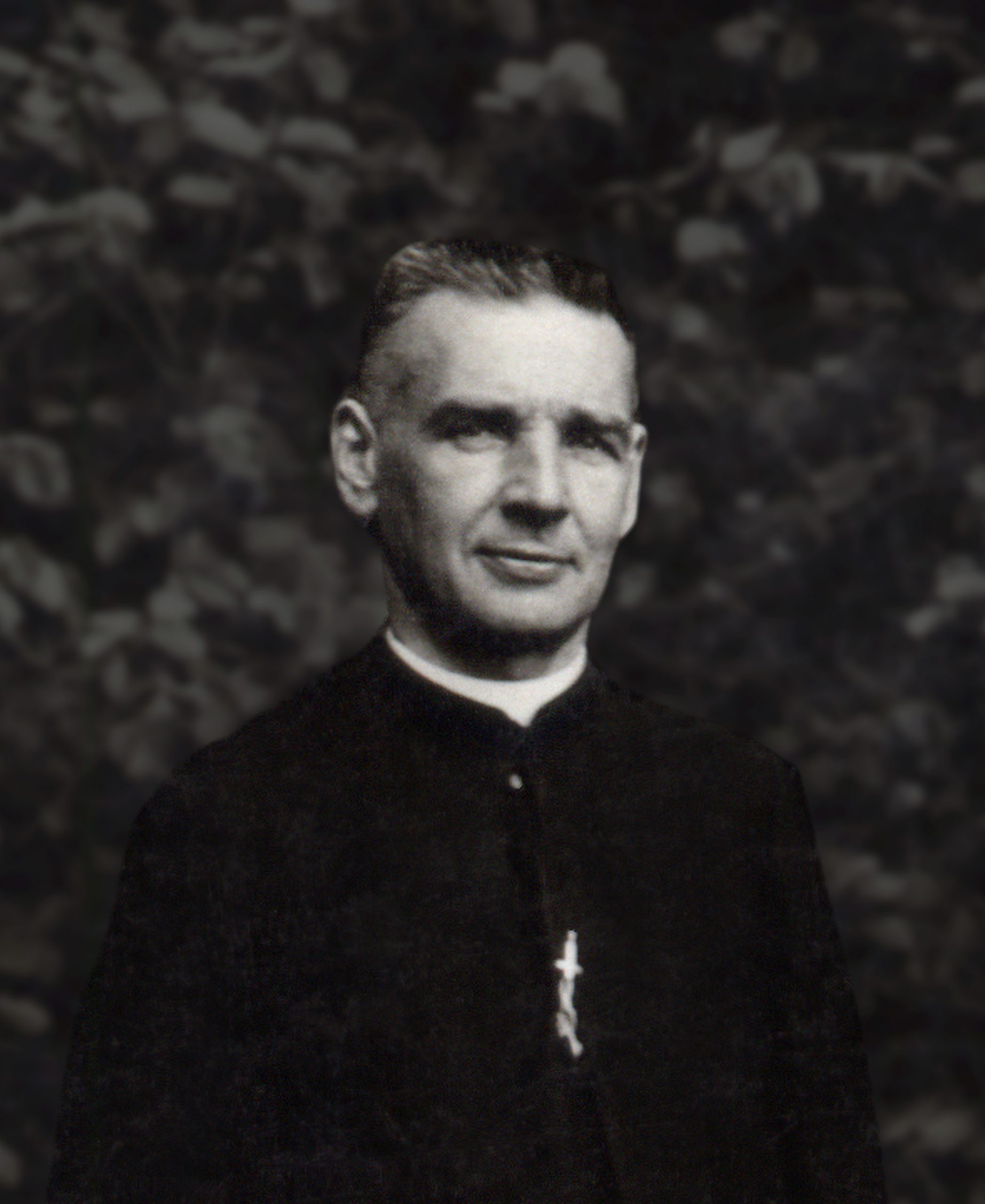 Fr. Vladislovas (also known as Vladas) Mažonas was born on June 24, 1881. He was ordained a priest on June 29, 1906. He joined the Congregation of Marian Fathers on September 4, 1924, after which he also served in Mariampole as a youth educator and editor of the then-known Catholic periodical Šaltinis, where he wrote about the persecution of the Church in the Soviet Union. From 1932-1934 he conducted a pastoral ministry for the Lithuanians in London. In 1934, he was sent to Harbin in Manchuria to assist at the Russian Ordinariate of the Byzantine-Slavic Rite run by the Congregation of Marian Fathers. Dedicated and creative in his service, he was also a deputy superior of the mission, educator and teacher of religion in all of the schools of the Ordinariate, the editor of the magazine Katolicheskiy Viestnik, the official journal of the Ordinariate. In 1938, he returned to Marijampole in Lithuania, where he again served as the editor of the magazine Šaltinis. After the occupation of Lithuania by the Soviet army in 1940, NKVD arrested Fr. Vladas on June 14, 1941 and deported him to Kraslag, at the Rieshoty station, camp 7, in the vicinity of Lake Baikal, in Krasnoyarsk Krai in Siberia. He was subjected to very severe interrogations and torture there, which irreparably ruined his health. He was accused of being a rioter and an instigator of hostility against the Soviet Union, based on religious motives and his personal convictions. On April 21, 1942, he was sentenced to death. However, the sentence was not carried out; instead, it was decided to sent him to Moscow for further interrogations. He arrived in Moscow only in February 1944 and was immediately hospitalized in the prison hospital of Butyrki, where he died in January 1945, ex aerumnis carceris, his faith unbroken until the end.