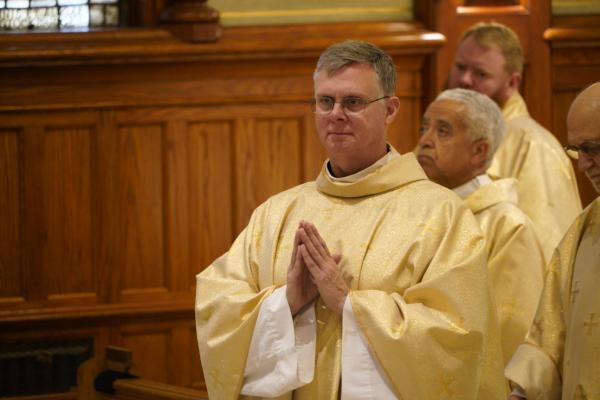 On Saturday, Oct. 19, 2019, Fr. David Gunter, MIC, originally of Brookline, Massachusetts, professed perpetual vows to the Marian Fathers of the Immaculate Conception at the National Shrine of The Divine Mercy in Stockbridge, Massachusetts, promising to live the vows of poverty, chastity, and obedience as a member of the Marians for the rest of his life.

Ordinarily, men who profess perpetual vows to the Marians still await Ordination to the Priesthood. Take Br. Matthew Tomeny, MIC, and Br. David Smith, MIC, for example. They professed perpetual vows back in August. Father David Gunter, however, was already ordained a priest in the Diocese of Boston back in 2009.

How does a diocesan priest end up becoming a member of the Marians?

The story of Fr. David’s vocation goes back to an evening in the early 1990s. David had been working at the inn his family owned on Block Island off the coast of Rhode Island when he found himself discouraged and in desperate need of guidance. Though he didn’t consider himself a very devout Catholic at the time, he was struck with the idea to pray three Hail Marys before drifting off to sleep. Then in the middle of the night, he awoke to a loud crash: a mirror hanging on the wall in his bedroom had mysteriously fallen to the floor.

“I looked up on the wall, and hanging on the nail where the mirror had been were my Rosary beads,” David said.

This set-in motion a series of events that would lead David to have a reversion to his Catholic faith. Years later, he would follow a call to become a priest for the Diocese of Boston. He was ordained in 2009 at age 50.

But Our Lady wasn’t finished with him yet. “Not long after I was ordained, the Lord started giving me a teaching about Our Lady of Fatima,” Fr. Gunter said. Father David felt called to spend his life spreading devotion to Our Lady of Fatima and the Immaculate Heart of Mary, but he was having trouble figuring out how to do that in a parish setting.

“The diocesan priesthood didn’t seem right [anymore], but my spiritual director was excellent and advised me to allow God to let the plan unfold. … And that gave me the peace,” he said.

After Fr. David finished his first assignment with the Boston diocese, he received permission to go on a 30-day silent retreat. “I meditated on Our Lady for 30 days,” he said. “I got the impression that maybe I was being called to religious life to foster my devotion to Our Lady.”

After his retreat, by chance, he met the prefect of formation for the Marians, Fr. Jim McCormack, MIC, whose sister happened to be a member of Fr. David’s parish. “He asked if he could concelebrate daily Mass with me one day,” Fr. David recalled. “We got to talking, and of course the doors opened. … I thought, ‘Oh maybe this is the path.'”

After he met Fr. Jim, Fr. David contacted Fr. Don Calloway, MIC, the Marian’s vocation director, who advised him to spend a month with the Marians to aid his discernment. So, over the span of about a month, Fr. David visited the Marians in Stockbridge, Massachusetts, Washington D.C., and Steubenville, Ohio. “I could tell during that month-long process that this is where I’m called. There’s no doubt. I felt like [becoming an official member] was just a formality,” he said.

The process to leave the diocese and enter formation with the Marians took a total of about two years. In 2014, Fr. David entered novitiate with the Marians. “When I went to approach the Cardinal [about joining the Marians], he already knew that I was discerning this,” Fr. David recalled. “I think the Cardinal could see it was a very reasoned, prayerful decision, so they didn’t put up any roadblocks.”

Ever since he finished his novitiate with the Marians, Fr. David has been following a call to travel across the country to give parish missions about Our Lady of Fatima. His topic is the Triumph of the Immaculate Heart, a reference to something Our Lady said when she appeared to three shepherd children at Fatima on July 13, 1917: “In the end, my Immaculate Heart will triumph.”

“If everyone understood the Triumph of the Immaculate Heart, it would fill them with hope,” Fr. David mused.

In his homily during the Mass, Fr. Kaz Chwalek, MIC, the Provincial Superior of Marian Fathers said, “Fr. David, it is not the norm for people who are already priests to enter this Community. … but when it does happen, it’s a beautiful … special gift.”

Now, Fr. David isn’t the first diocesan priest to become a member of the Marians. “We got down to one Marian in the early 20th century. Blessed George, our Renovator, when he took over the Marians, a lot of diocesan priests became Marians,” he said.

And in his homily, Fr. Kaz mentioned that Blessed George, the Renovator of the Marian Fathers, had been a diocesan priest himself before reviving the Order.

Now that Fr. David has professed perpetual vows, he looks forward to going back to Washington D.C. where he has been living with the Marians. He said that he has many more parishes to visit this fall to continue to spread the message of Our Lady of Fatima and the Triumph of the Immaculate Heart.

“It’s great,” he said. “I am so much happier as a priest with the Marians than I ever was as a diocesan priest. It’s a good fit.”

Here are the homily and highlights of the Mass: 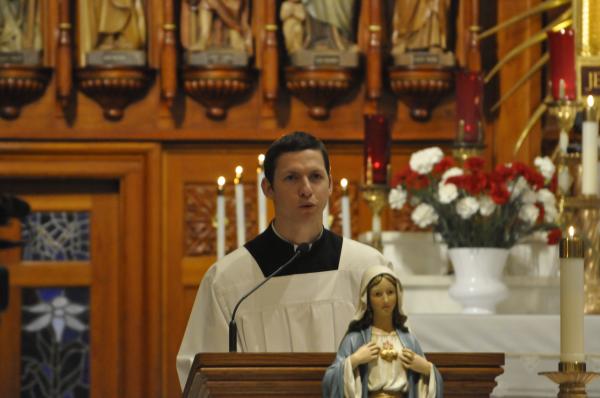 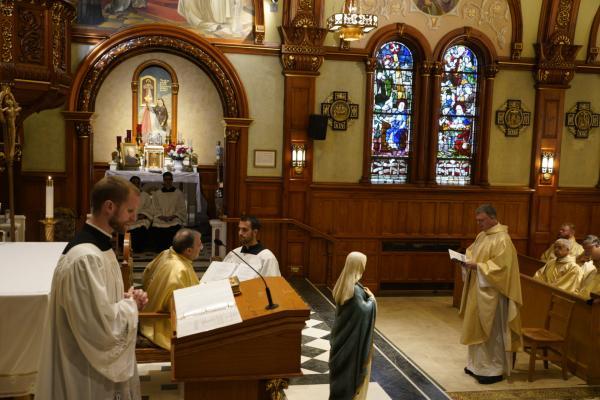 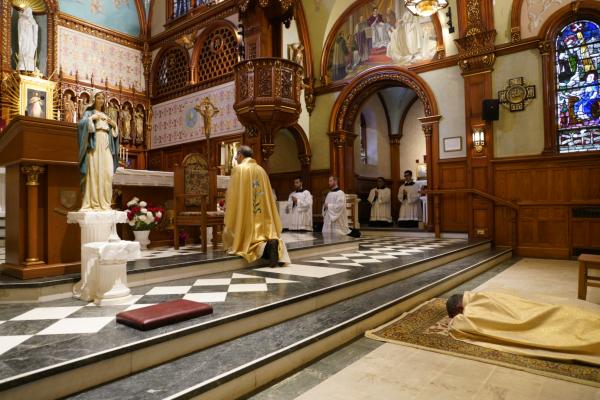 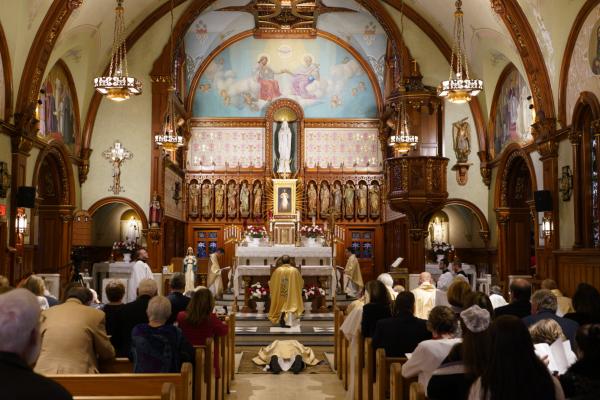 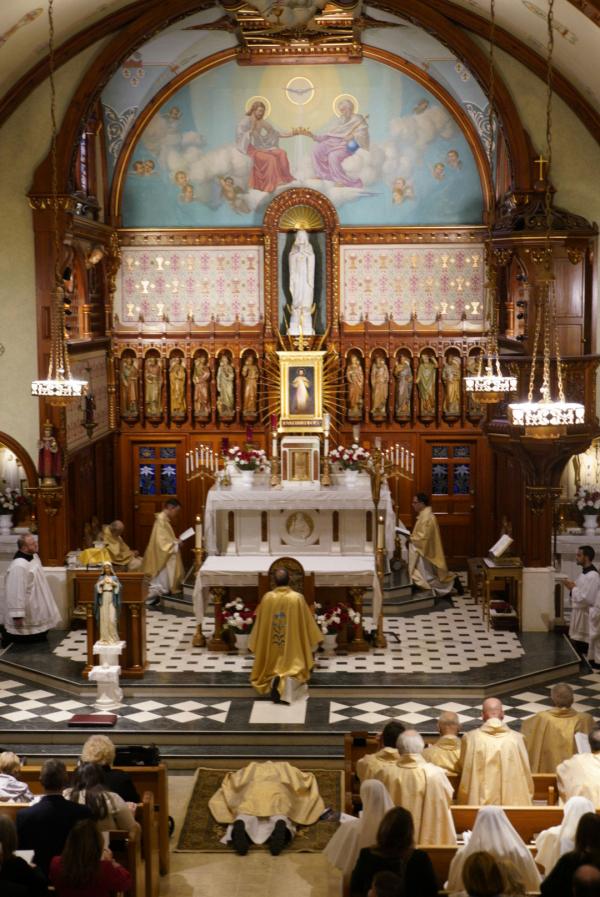 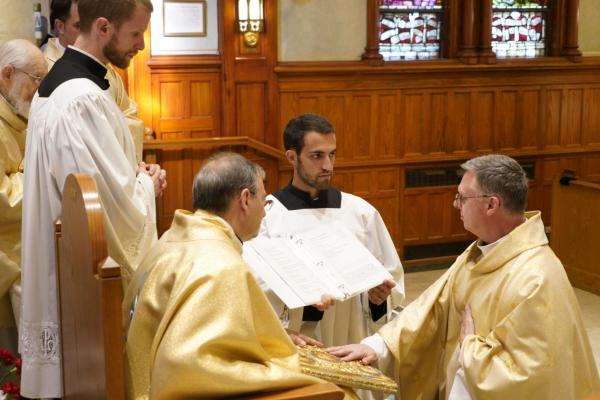 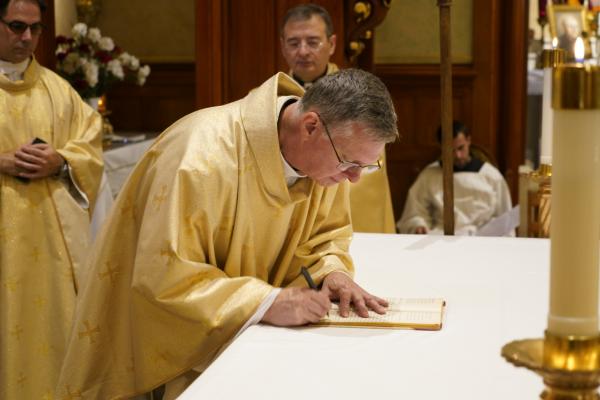 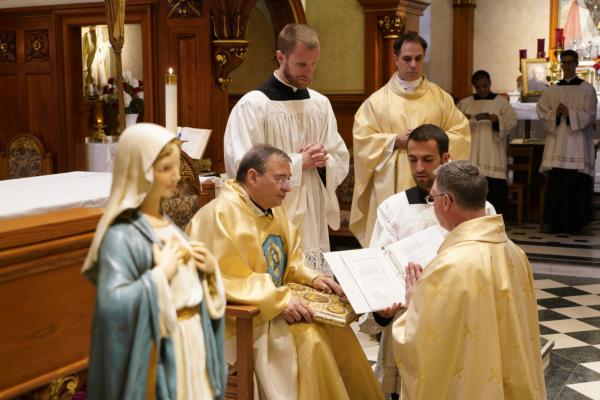 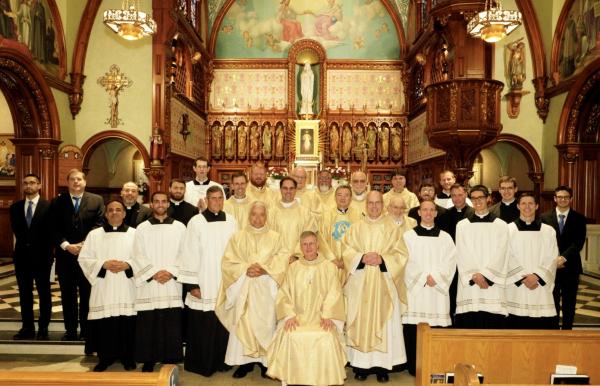