First an analogy, then a reality.

When a rock is tossed into a middle of a pond, it causes a splash, which sends ripples to the pond’s outer reaches. Now, consider the rock to be Jesus, The Divine Mercy. Consider the pond the hearts of all people of the world. Consider the ripple effect the spread of God’s mercy throughout the world.

Once His mercy touches hearts, it leads people to repentance and conversion.

Here’s another reality: Our Lord told the great prophet of Divine Mercy, St. Maria Faustina Kowalska (1905-38), “You will prepare the world for My final coming” (Diary of St. Faustina, 429).

What’s at stake? Nothing less than our redemption.

“I think that’s what this year’s Divine Mercy conference is all about: This is the place where the rock hits the water,” said Dr. Robert Stackpole, STD, opening the 4th annual Divine Mercy Conference on Saturday, March 7, at Cardinal Spellman High School, Bronx, N.Y.

Indeed, the conference made a huge splash for the more than 800 souls present, many of whom vowed to be a human ripple effect preparing the world for Jesus’ return, spreading the message of The Divine Mercy into their homes, workplaces, and communities.

Sponsored by the Marians of the Immaculate Conception of the Blessed Virgin Mary, The Divine Mercy Apostolate for the Diocese of Brooklyn, and the Franciscan Friars of the Renewal, the conference also sought to fulfill the mandate prescribed by Pope Benedict XVI in his April 6, 2008, Regina Caeli. Addressing the participants of the World Apostolic Congress on Mercy, the Holy Father said: “Go forth and be witnesses of God’s mercy, a source of hope for every person and for the whole world.”

What are we to do exactly?

The 11 speakers at Saturday’s conference were clear: We are to receive Christ’s mercy; share it with the world, and trust in Him every step of the way. We are also to come to know the truth that Satan exists, that hell is real, that we will suffer, that Christ will return, and that we will be judged.

‘The Last Hope of Salvation’

But to begin at the beginning, first there is mercy.

“Mercy,” said Fr. Seraphim Michalenko, MIC, one of the world’s leading experts on the message of The Divine Mercy “is the first act of God outside the Trinity, and that first act is creation.” God’s second act of mercy was to send His Son to redeem us for our sins and to draw us into union with God the Father, said Fr. Seraphim. The third act will be when Christ returns “to reward those who are eagerly awaiting His return,” said Fr. Seraphim, drawing upon Scripture (see Heb 9:28).

“In St. Faustina’s Diary there are so many references to how this is the last hope of salvation,” noted Ralph Martin, founder and president of Renewal Ministries. “Mercy is coming now, because the day of justice is coming in the future.”

Mr. Martin emphasized the importance of not giving in to what he calls “the culture of universalism, where we just assume that everybody is going to heaven.” He read from Matthew 7:13-14, where it says, “for the gate is wide and the way is broad that leads to destruction, and there are many who enter through it. For the gate is small and the way is narrow that leads to life, and there are few who find it.”

In his talk, Br. Stanley Villavicencio, a Filipino mystic, did not sugarcoat what’s at stake. He spoke of how in 1993 he was in a deep, death-like coma for three days, during which he says he encountered Christ, who told him to spread devotion to The Divine Mercy.

“All of us are sinners. All of us are unclean,” Br. Stanley said. “We can only enter heaven through His mercy, through His love. Without God’s mercy, without His love, it is too difficult to enter heaven. That is why Jesus now is begging us to go out now and proclaim His mercy. Jesus also said, ‘Proclaiming My mercy is not enough. You have to put mercy into action by living as an example of My mercy.’ He said, ‘He who will save a soul will save his own.'”

Mercy, an End to Evil

That narrow path to redemption, said Fr. Seraphim, is marked by Christ’s “formidable call” in the Gospels when He says “Be merciful as your heavenly Father is merciful” (Lk 6:36).

What is mercy? Father Seraphim quoted the definition given by the British writer G.K. Chesterton, who wrote, “Mercy is loving the unlovable and pardoning the unpardonable.”

“We, too, have to come to the point of loving the unlovable and pardoning the unpardonable,” said Fr. Seraphim. “Only this will put an end to evil.”

As many of the speakers noted, Christ told St. Faustina, “The greater the sinner the greater the right to My mercy ” (Diary, 723).

How great is His mercy? Father Frank Pavone, executive director of Priests for Life, said His mercy extends even to those who have had abortions or who have performed abortions.

“People who have been involved in abortion tend to think: How can I be a child of God if I have killed my own child?” Fr. Pavone said. “The rays of Divine Mercy help us to understand who we are and that the evil that we’ve done is distinct from who we are. … An evil doer can still be redeemed, can still be a son or daughter of God.”

He continued, “Divine Mercy helps the human family to understand who we are and what we are called to be.”

In God We Must We Trust

Father Seraphim hastened to add that the “exercise of this mercy can only be done with the power of Jesus,” a power that reveals itself when we place our trust in Him.

“Is it any wonder that in the image of The Divine Mercy we see the invocation, ‘Jesus I trust in You!’?” asked Fr. Thomas Caserta, pastor of St. Bernadette’s in Brooklyn.

“Radical trust” in Jesus, Fr. Caserta said, is the “essence of our response to mercy.”

Spread the Word, with Joy

Our other response is twofold: to spread the Word, and to be witnesses to the joy Christ instills in our hearts.

Both Mr. Martin and other speakers noted that the best way to do that is by modeling for others the joy that we feel by our communion with Christ.

“The whole purpose of life is to come to a friendship with Christ,” said Mr. Martin. “Even if our 401Ks become 201Ks or even 101Ks, or even if we die at an early age, or if terrible things happen — if we die in Christ, praise the Lord! Our life is an incredible, amazing success.”

“I have a huge problem with that fact that so many of us Catholic Christians are among the most dower, sourest people in the world,” said Msgr. James Lisante, pastor of St. Thomas the Apostle Parish in West Hempstead, N.Y., and a regular contributor to Fox News Channel. “I don’t know where we lost our sense of joy. We seem so often to think that serious spirituality is best made manifest by glumness. And I’m here to tell you that if you’ve been saved, if you believe in Divine Mercy, if you believe that Jesus’ love for you is unconditional, how could you not be a person of joy? How could you not be happy?”

The author and speaker, Fr. Benedict Groeschel, CFR, founder of the Franciscan Friars of The Renewal, noted the spiritual battle being waged in the world since the “self-seeking” sin and “cupidity of our first parents,” Adam and Eve.

“Don’t lose track of the fact that there will be, until the end of the world, what St. Thomas Aquinas called, ‘a strange duel’ between good and evil.”

Evil shows itself, he said, through temptations to sin, through wars and other forms of violence, and through the “greatest deception of all,” legalized abortion.

“But if you know about these things,” Fr. Groeschel said, “you know that the powers of darkness can never do anything without the consent of some human beings.”

To that end, Msgr. Lisante urged the attendees, “Don’t keep silent. … The mercy of God requires that we speak with great courage for the defense of life.”

It Can Change the World

Father Groeschel took up a theme of Fr. Seraphim’s — that the timing of St. Faustina’s revelations in the 1930s was crucial. “Here, the world was entering its darkest time, the Second World War, the spread of Bolshevik Communism, the Cold War, and the endless, bloody conflicts that have spun off since,” he said, adding that St. Faustina’s revelations are reshaping the Church and, in turn, have the ability to change the world.

Certainly, the message of The Divine Mercy is changing individual lives, including that of Melissa Lucanie, a New Jersey housewife. She spoke of her experiences caring for her sister June before June’s death from cancer last year.

June had said her one wish was that her suffering would help convert souls to Christ, and her wish came true. Ms. Lucanie said she was introduced to the Chaplet of The Divine Mercy, a powerful prayer of intercession given to St. Faustina by Jesus.

“Jane and I were so moved by our experiences of praying the chaplet that we felt compelled to ask our families to pray the chaplet as well,” said Ms. Lucanie. “Me, who thought it was never appropriate to talk about God publicly for fear I might alienate someone or have them think I was some fanatic, was talking to all my … friends, my husband’s family, and even some strangers about how God has been converting me through my experiences.”

Ms. Lucanie said how before June died, “June said, ‘We were a family who never talked about God. Now, if we are not speaking about God, we almost have nothing to say.”

Ms. Lucanie has since become director of the New Jersey Center for Divine Mercy.

“There is a power present within the world today, within the Church, and it’s a spark of divine love that is Divine Mercy,” said Br. Jason Lewis, MIC. “It has the power to transform and to change lives.”

Indeed, Fr. Seraphim closed his talk with a challenge. “Human beings are created in the image and likeness of God,” he said, “and St. Peter tells us that we are to be partakers of the divine nature. May this conference help us to develop this invitation by God to be perfect as God is perfect and holy as God is holy.” 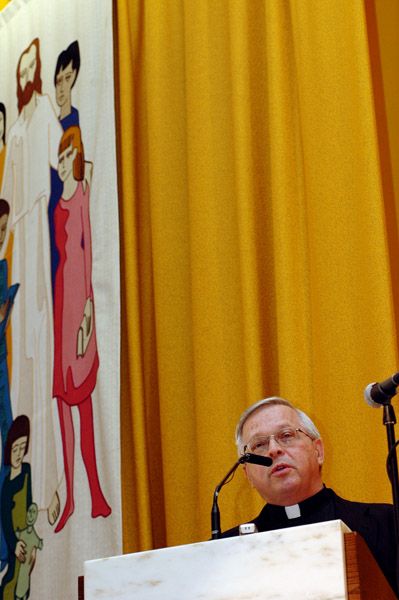 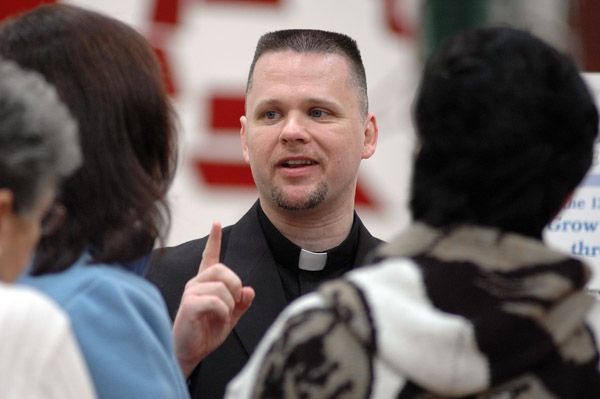 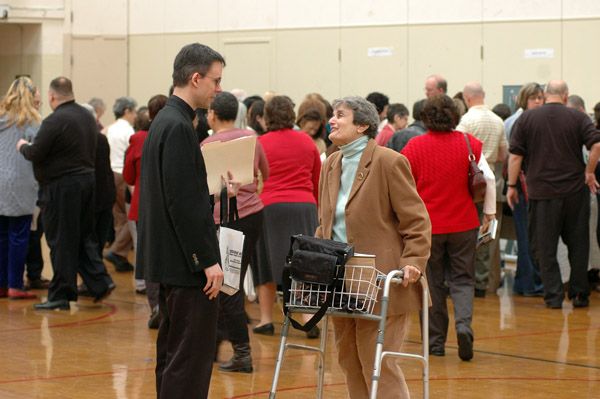 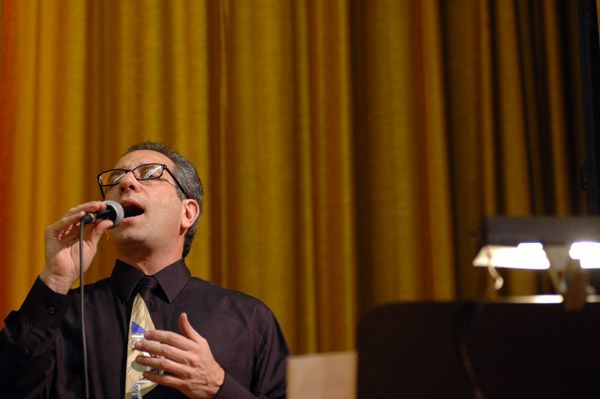 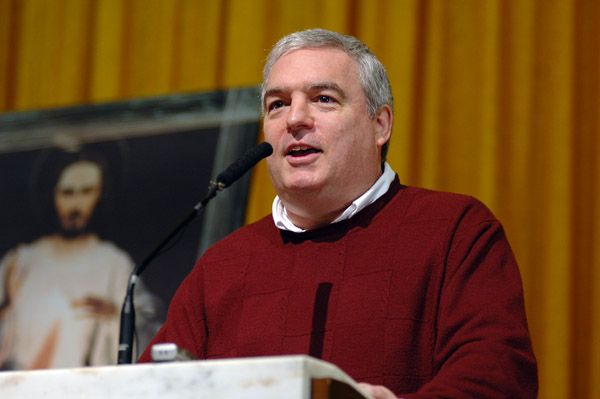 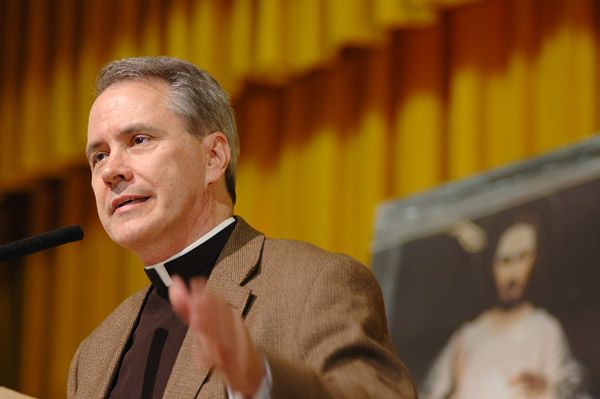 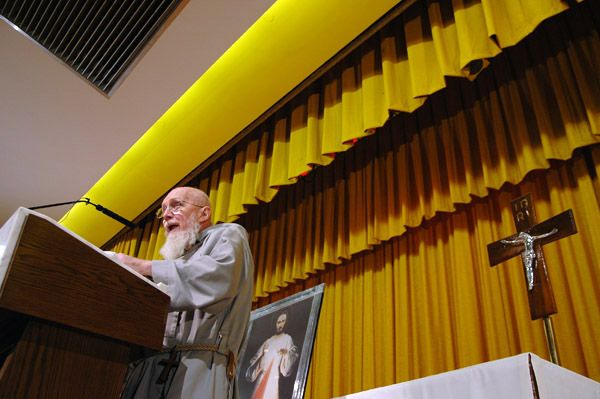 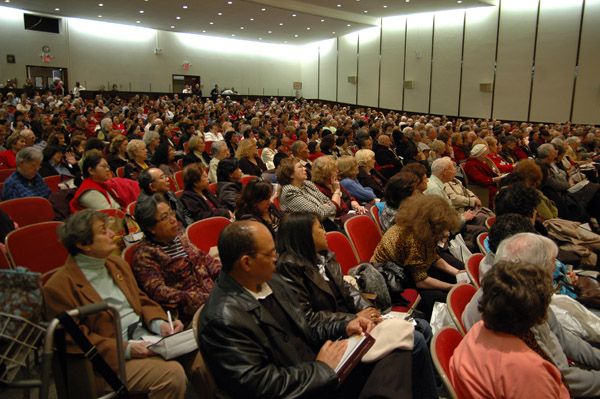 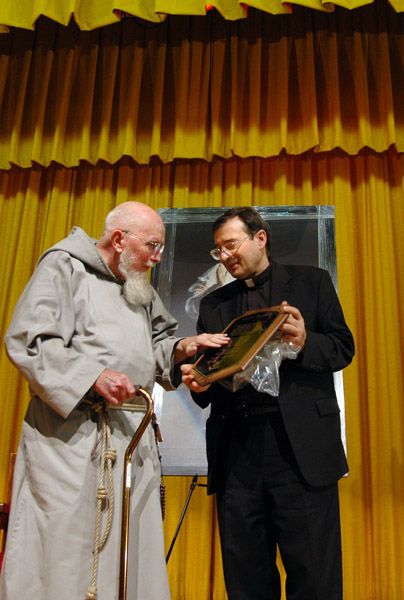 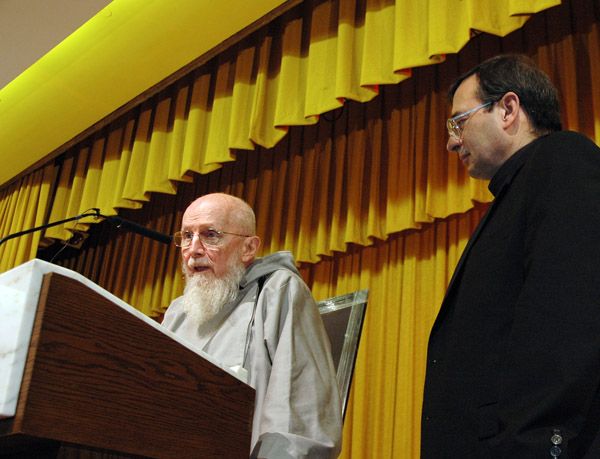 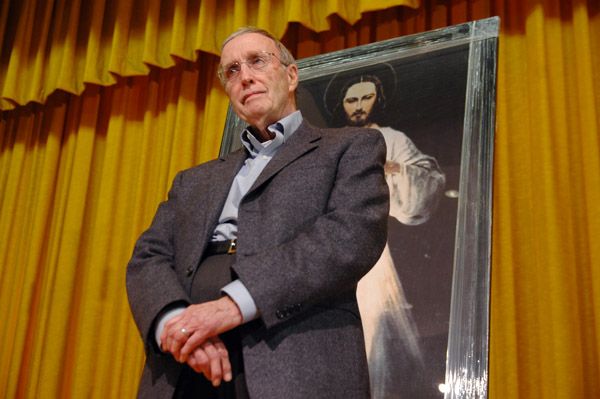 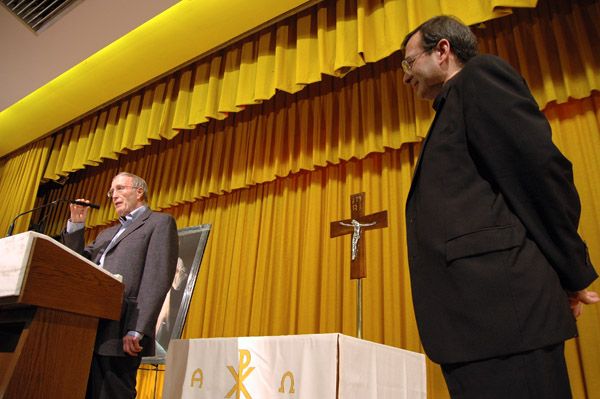 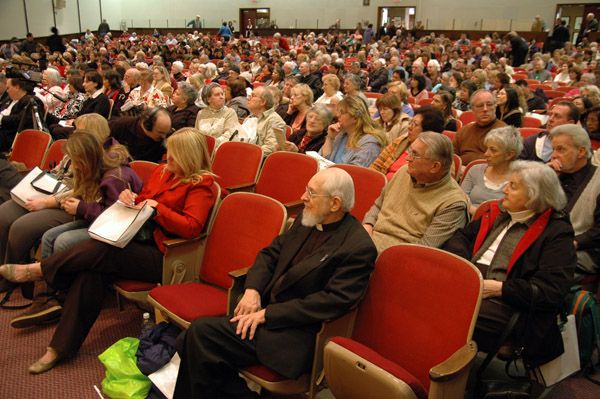 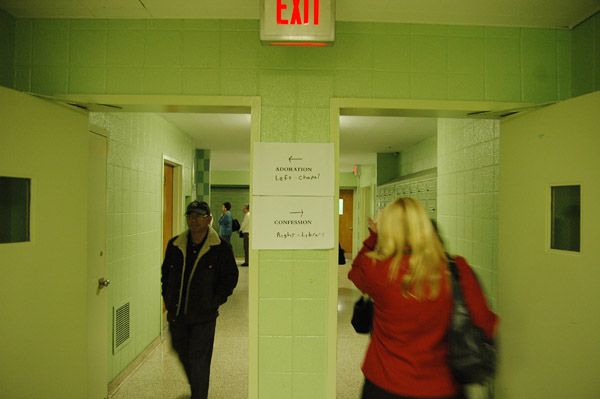 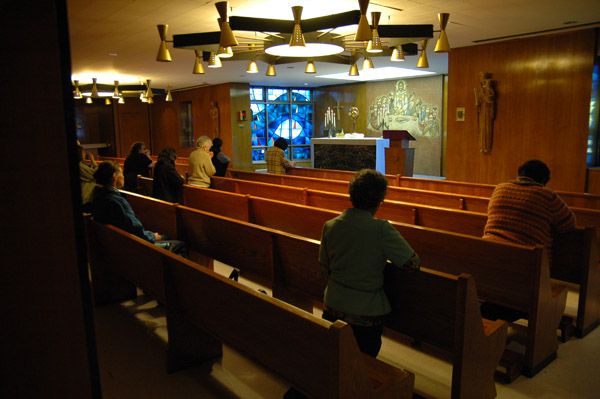 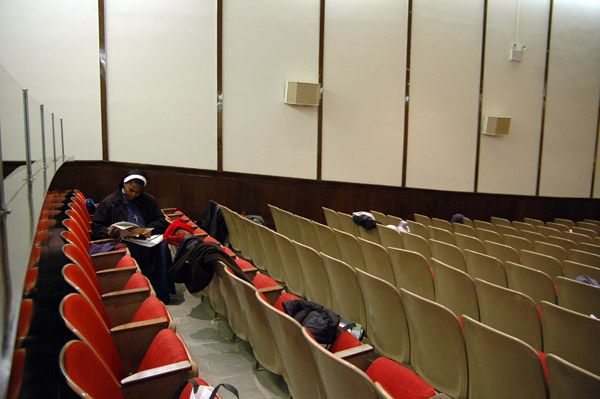 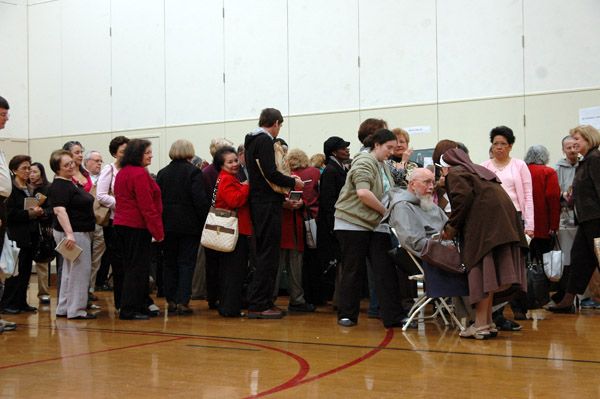 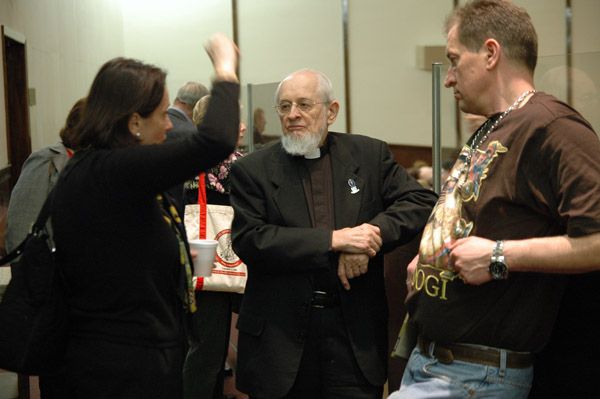 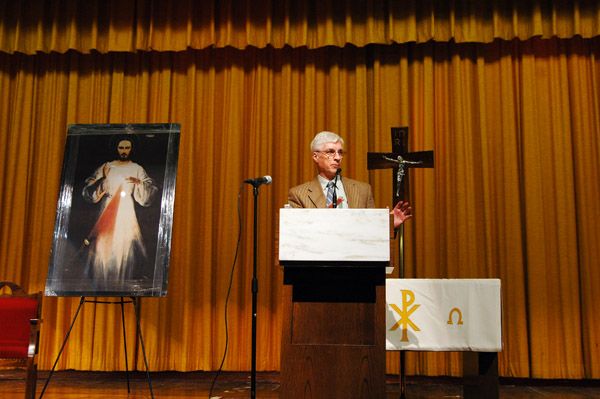 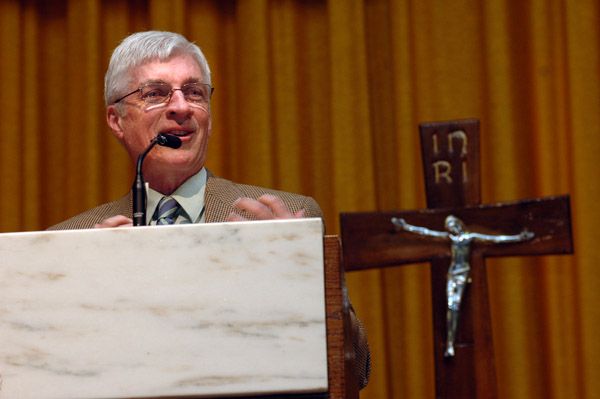 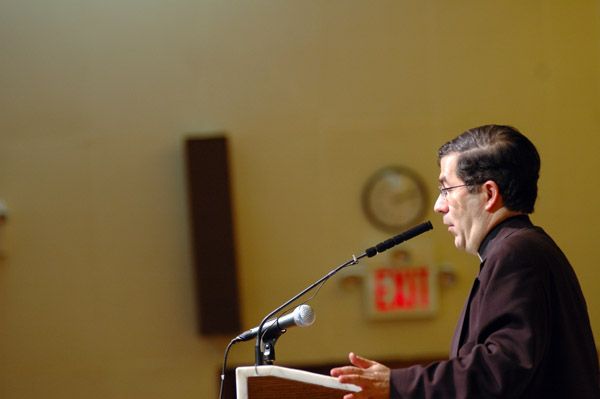 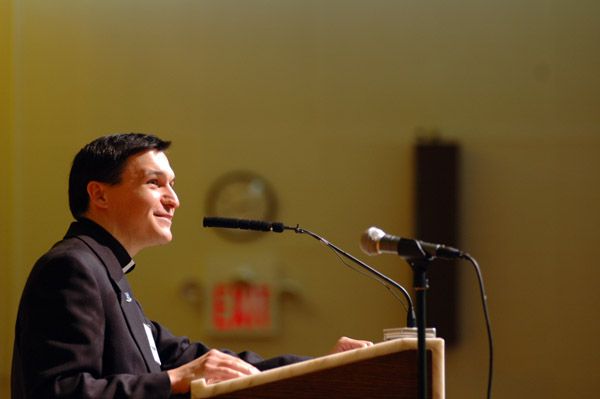 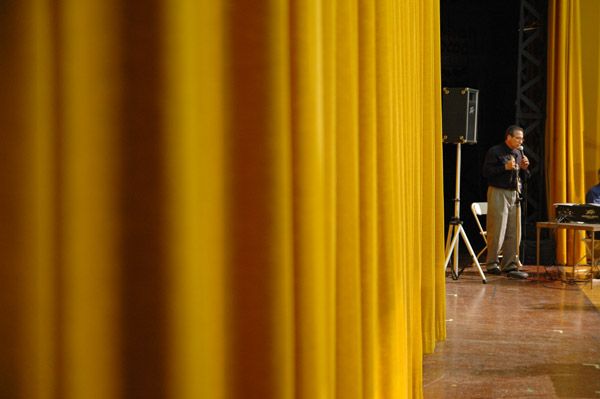 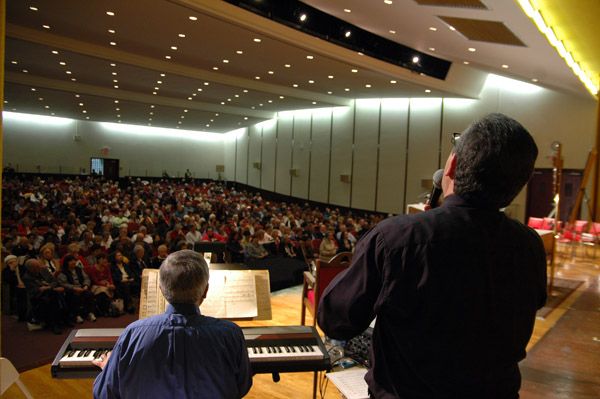 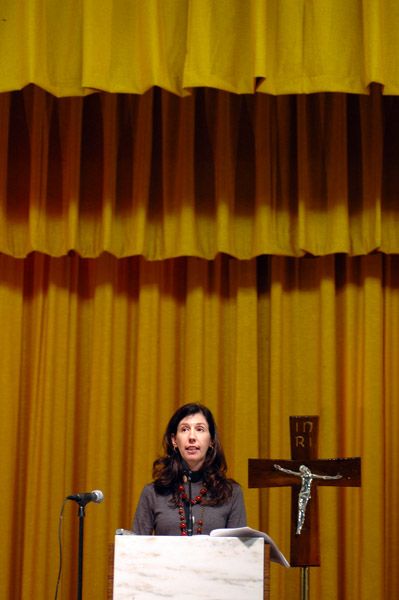 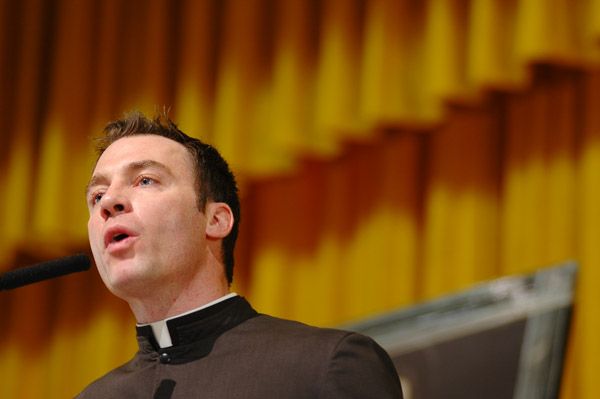 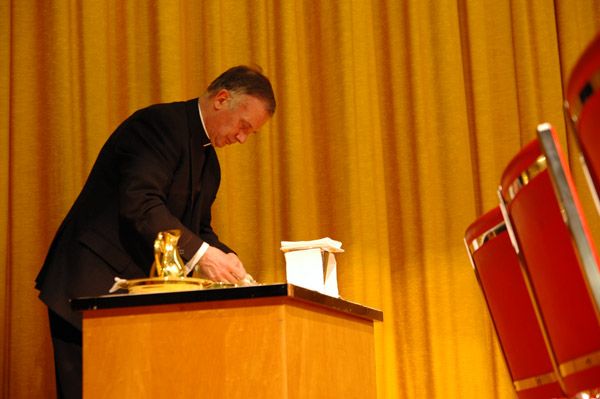 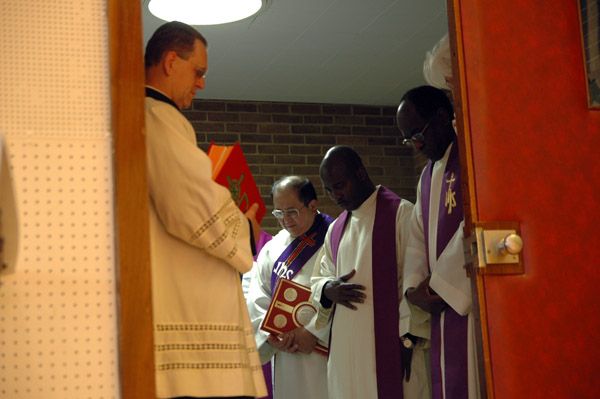 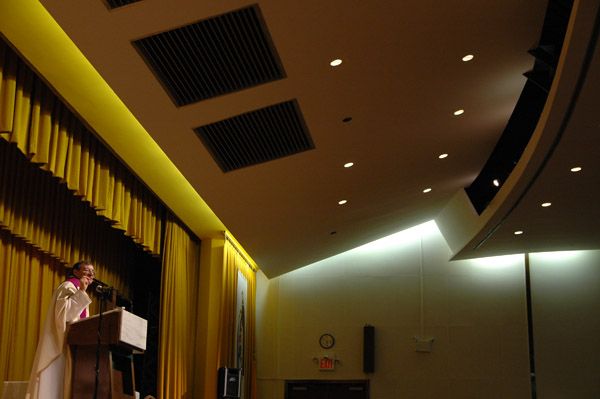 The General Superior’s Communiqué concerning The Passover of Our Lord During a Pandemic.

Saint Stanislaus Papczyński – Faith, Hope and Charity in the time of the COVID-19 Pandemic