He recalled playing at being a deacon as a child. On Saturday, January 3, 2015, he became the real deal.

Brother Allen Alexander, MIC, was ordained to the transitional diaconate on Saturday, Jan. 3, the feast of the Holy Name of Jesus and the vigil of the Epiphany, by the Most Rev. Mitchell Rozanski, bishop of the Springfield Diocese, at the National Shrine of The Divine Mercy in Stockbridge, Massachusetts.

God willing, Deacon Allen will be ordained to sacred priesthood later this year.

In attendance were many of his Marian brethren, friends, Marian Helpers, and one very special guest in particular: his mother, Sharon Alexander.

“He very early on had a calling,” said Sharon. “People would notice it in our parish. The older ladies in the parish that pray would come to me and say, ‘God has a plan for your son.’ I would just go, ‘OK.'”

Speaking of seeing her son be ordained a deacon, Sharon said, “As I knelt there and watched and heard the words about being chosen and all that, I could only imagine what Mary must have felt when people were telling her that her Son was chosen. It’s only a sliver what she must have felt, and it’s just very overwhelming and joyful.”

Indeed, joy was the dominant note of the day, in no small part because of Deacon Allen’s perennially joyful personality.

Take one moment from the reception: Brother Allen had become Deacon Allen. The celebratory lunch was over. Now it was time for the traditional cake-talk, the address from the newly ordained Marian deacon to those gathered to celebrate with him on a once-in-a-lifetime day, given right before they cut the cake.

“Well, first off, I’d like to thank God for this day.”

The Very Rev. Father Kazimierz Chwalek, provincial superior for the Blessed Virgin Mary, Mother of Mercy Province in the United States and Argentina, laughingly called, “And you know you are never speechless!”

“I know, I know!” said Deacon Allen. “This must be something new.”

What wasn’t new was the esteem in which Deacon Allen is held by those who know him.

“For those of us who have been walking with him in his journey throughout the time of his formation, today is a day of great joy,” said Fr. Jim McCormack, MIC, superior at the Marian House of Studies in Washington, D.C., where Deacon Allen has recently been finishing his theological work. “He also just passed his comprehensive exams at Dominican House! It’s very clear that the Lord is doing great things for Deacon Allen and for the Marians in our whole extended Marian family through him.”

“Deacon Allen is a man who loves the Lord,” he explained. “He wants to serve. He felt a sense of call ever since he was a child, so he was moved by the fact that he’s really a deacon. It’s a wonderful witness to see him reacting and saying, ‘It feels normal already; it feels like something I’ve wanted to do for so many years of my life and finally I’m able to do this.’ So it’s a gift of God. We’re grateful to the Lord. For the community, it means another wonderful witness, another worker in the vineyard of the Lord. The Lord gives us a new vocation. He’s the one who calls people to His service.”

And Bishop Rozanski was glad to be able to help Deacon Allen answer that call.

“What a real privilege to ordain Br. Allen Alexander to the diaconate today and to know that the grace of God continues to work,” said Bishop Rozanski, following the Mass of Ordination. “The call of God is very strong in our world and there are young men who are generously responding to that call, in particular in the Marian community and in the Marian charism, in serving our church. So we wish to Brother Allen God’s blessings on his diaconal ministry and look forward to the time when he will be ordained a priest of God.”

Here’s Bishop Rozanski’s homily from the Mass of Ordination:

Deacon Allen was the first Marian from the American province to be ordained in the Year of Consecrated Life, a year called by the Holy Father to allow the Church to contemplate God’s gift of religious vocations and give thanks.

“At the heart of consecration is giving yourself completely to God,” explained Fr. Kaz. “You want the Lord to be the heart of who you are. During this year especially for religious communities, we desire to live this religious consecration. We want to reaffirm again the call with gratitude in our heart. We’ve got to do this work, and the Lord provides — that’s the wonderful thing. God’s providence is so great. God knows what we need. God knows what each person needs. There’s an expression from St. Paul: ‘We know that all things work for good for those who love God, who are called according to His purpose’ (Rom 8:28).”

But in order to welcome those gifts from God, said Fr. Kaz, the Marians rely upon the prayers and material support of the Marian Helpers. “When people pray for vocations and the individuals in formation, I see a great difference. Prayer protects them. Prayer helps them to grow peacefully. Prayer actually enables them to experience, to an ever deeper degree, the sense of God’s love, God’s mission. That’s why I always say to those who can help, I am so happy that’s possible because there are a lot of college bills and graduate studies bills, but on the other hand, without prayer, it would not be possible to attain the priesthood and holiness.

“So I need all the members of the Association of Marian Helpers to continue to pray for us,” Fr. Kaz concluded, “to pray for vocations — pray for us, but also pray for future vocations. Pray for the young ones and their families, that they may stay close to the Lord, so that if the Lord calls them, they will hear the voice of God.”

To learn more about Marian vocations and support the men in formation, please go to our Vocations Support page. 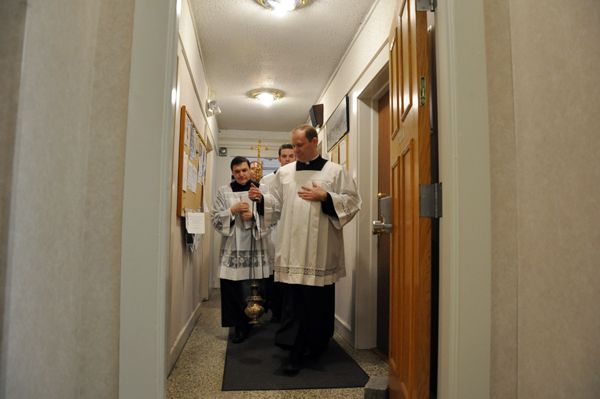 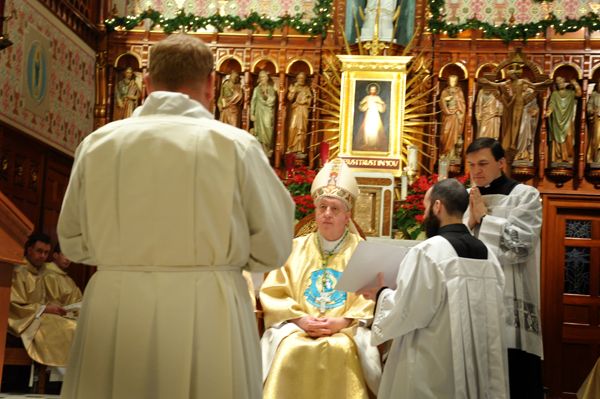 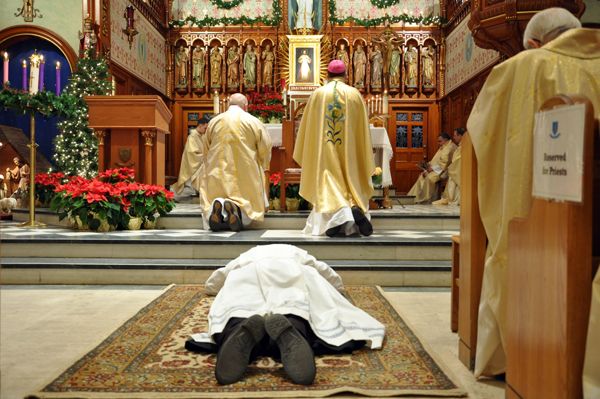 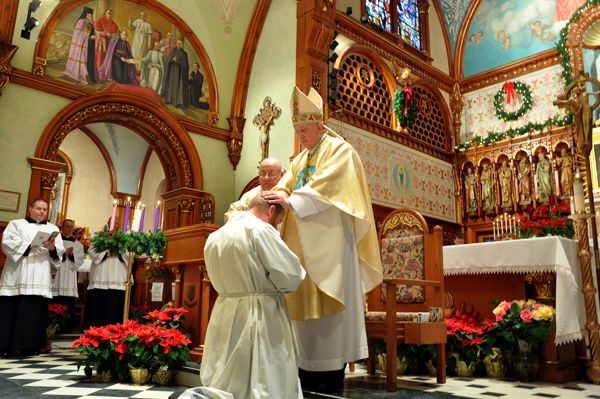 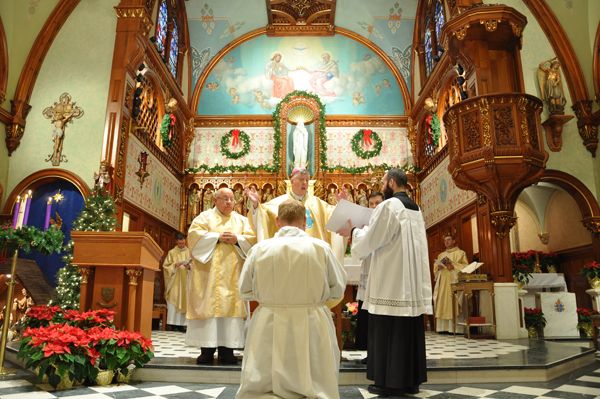 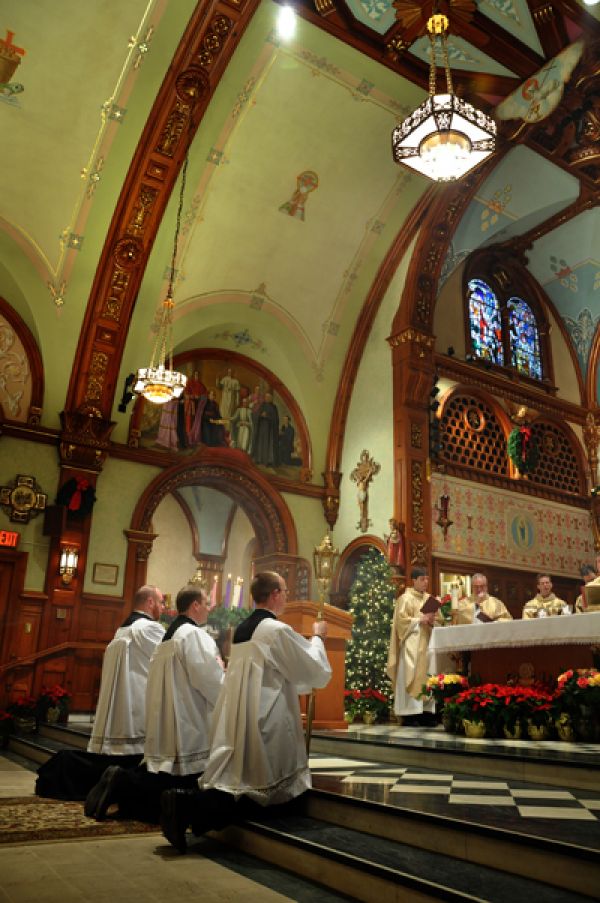 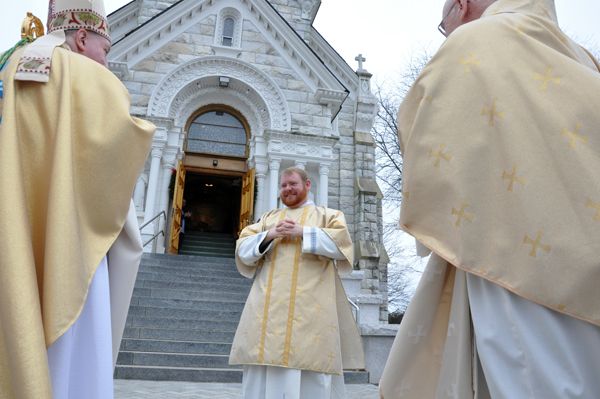 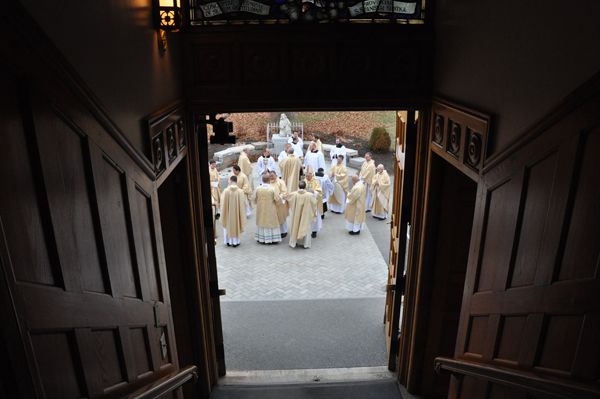 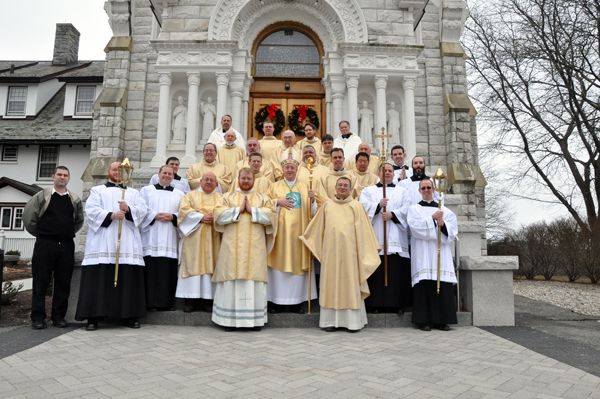 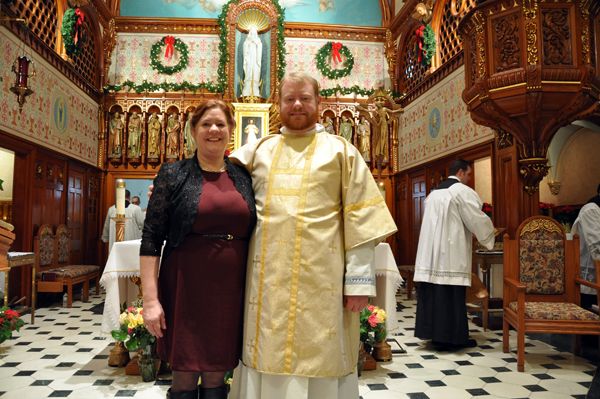 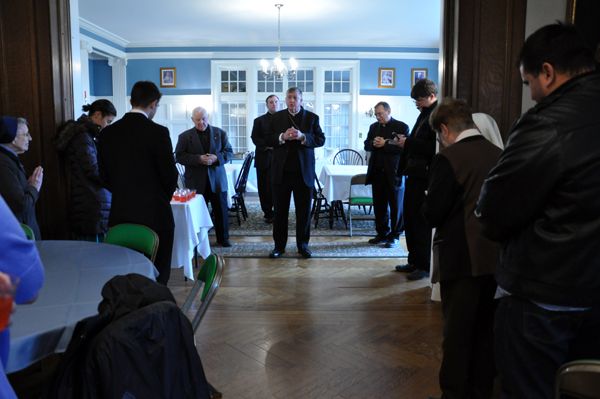 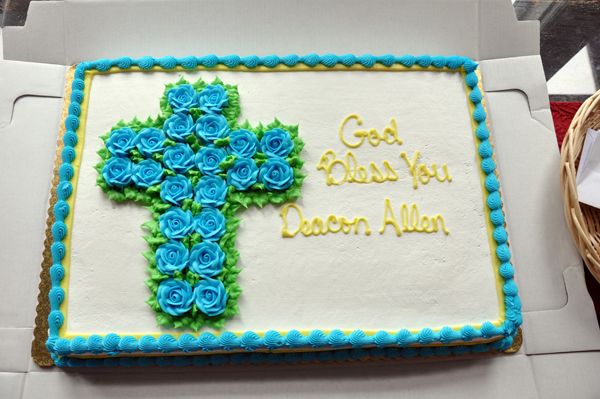 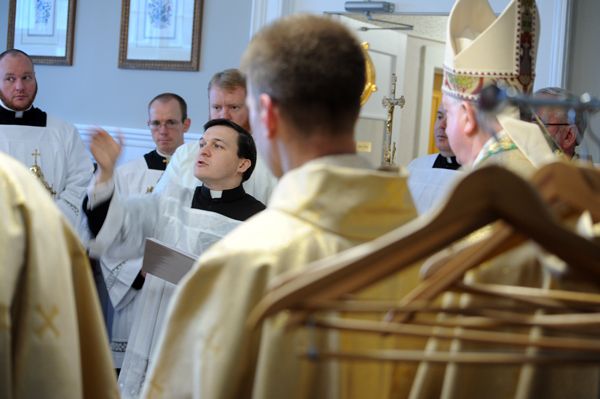 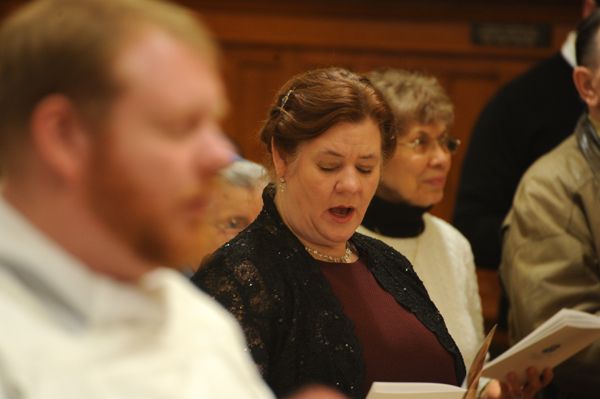 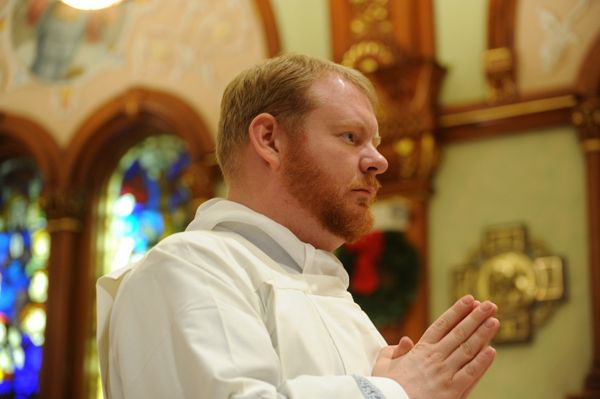 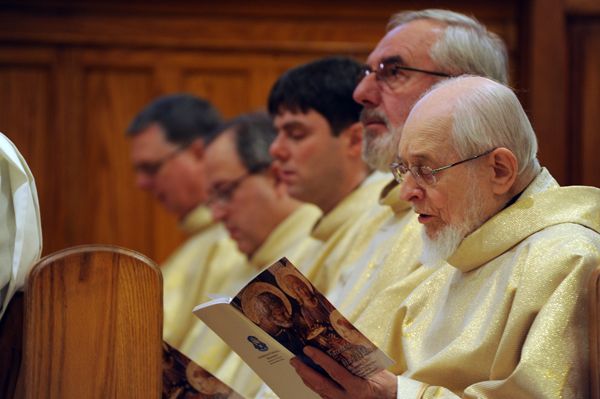 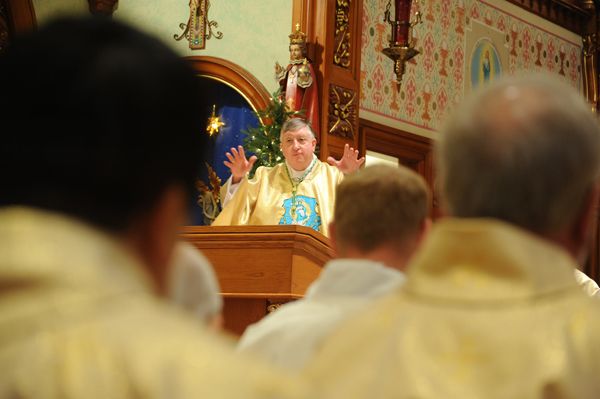 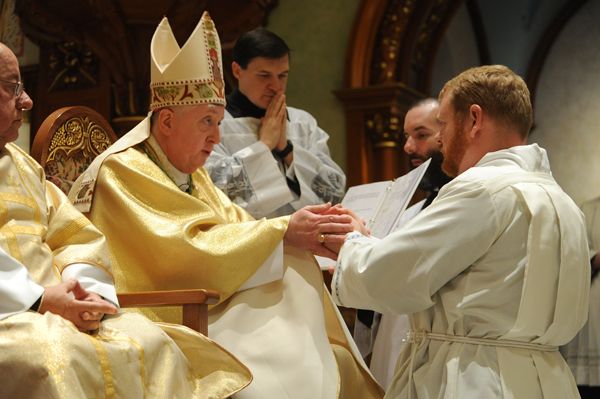 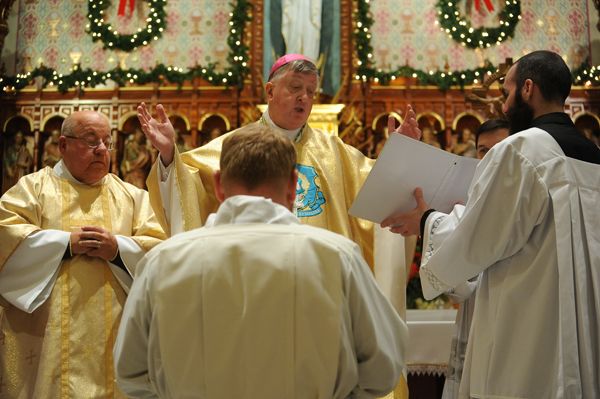 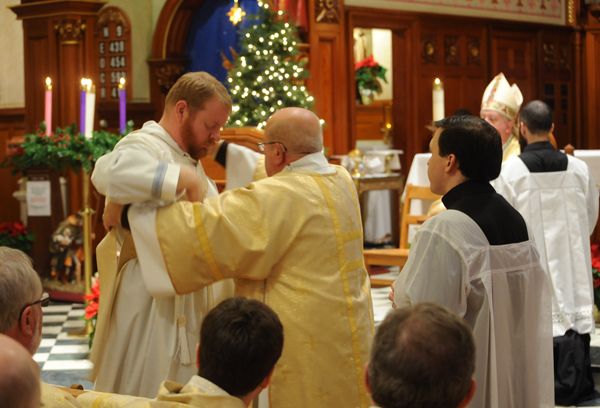 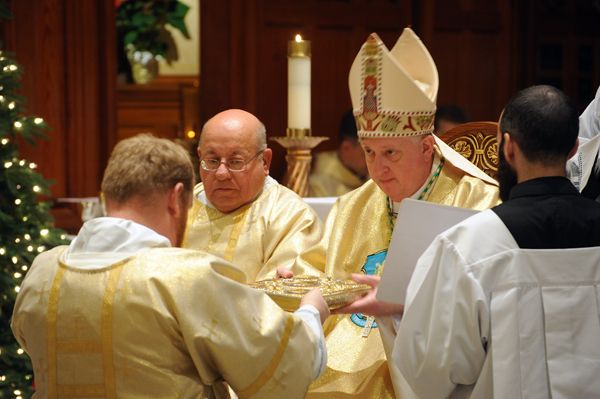 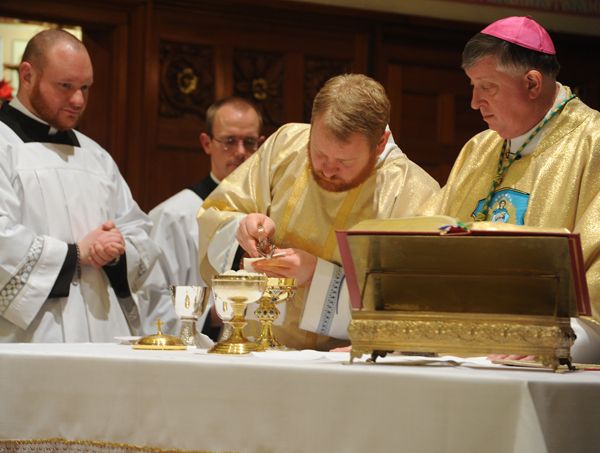 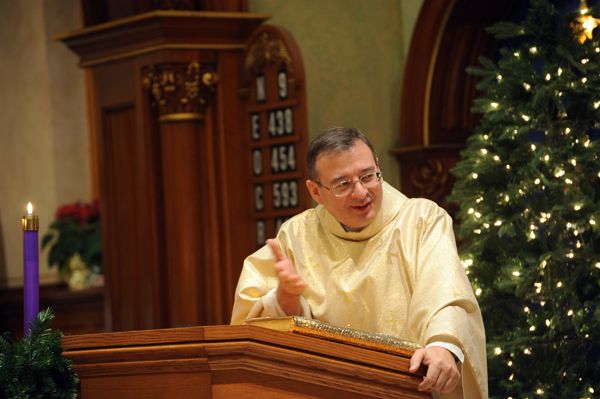 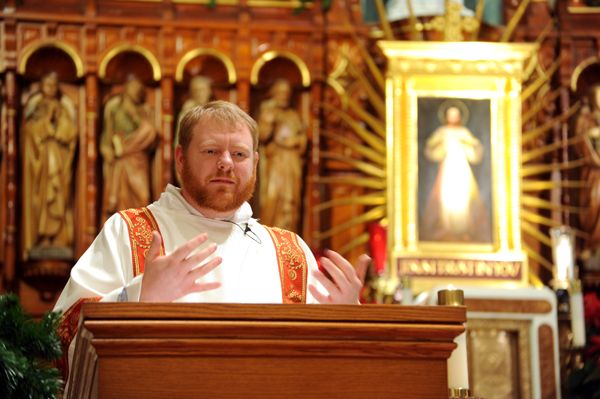 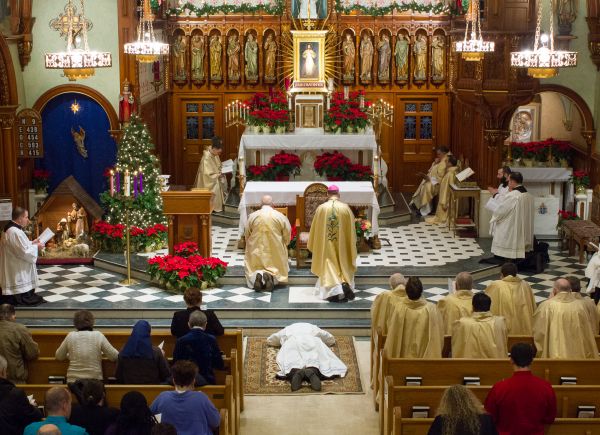 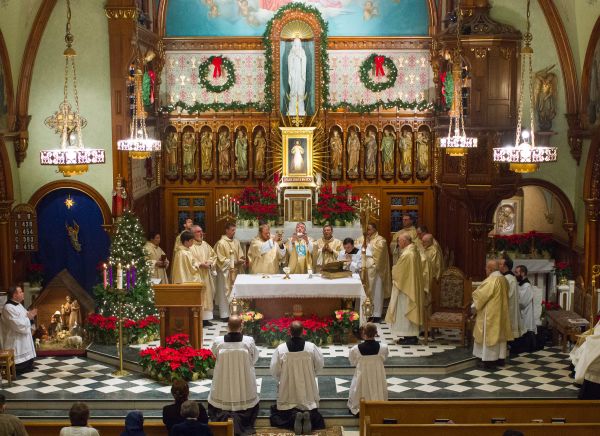 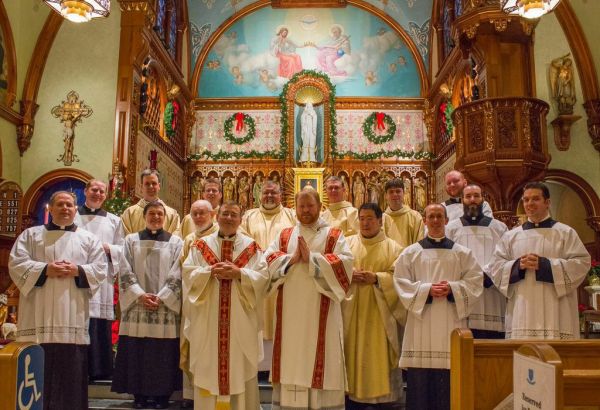 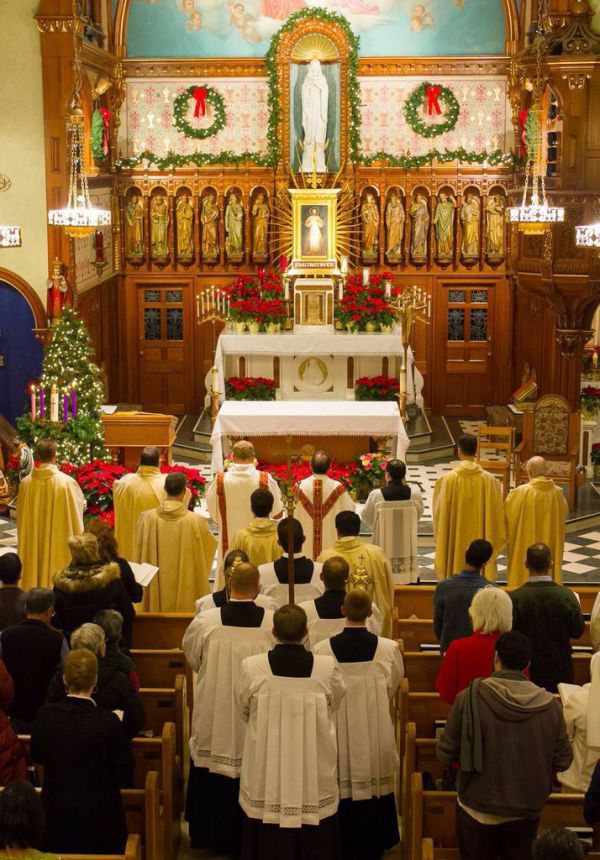