Skip to content
Cameroon: Solemnity of the Immaculate Conception

Solemnity of the Immaculate Conception in Cameroon

For us, the Marians working in Cameroon the 8th of December is always an opportunity to get together to celebrate the mystery of the Immaculate Conception of the Mother of God, our main Patroness. Despite great separating us distances of 200-230 km (we gather every year in one of our three houses to be together on this day important for us. And so it was this year. We all went to Atok, our parish and the Divine Mercy Shrine. Only Fr. Krzysztof Pazio, MIC, who came from Minkama treatment, remained in Ngoya. He could not go on a long and exhausting journey, being crippled by malaria. Father Paweł Rawski, MIC, accompanied by Br. Lukasz Wierzchowski, MIC, and 11 seminarians from Nogoya, as well as Fr. Cyrille Bounoungou, MIC, from Minkama, arrived in Atok on Sunday, December 6th, where they were welcomed by other confreres – the hosts of the place: Frs. Grzegorz Myłek, MIC, Franciszek Filipiec, MIC, and Grzegorz Leszczyk MIC. We opened our joint celebrations with the second Vespers on the second Sunday of Advent, during which the letter of our Father General, Andrew Pakuła, MIC, was read. On the second day, Dec. 7, after Matins and breakfast, the Eucharistic celebration presided over by the local Ordinary, Bishop Jan Ozga began at 9:00 am. All the faithful gathered outside the church, whose doors were closed. Then the procession went before the main door, which represented the Holy Gate; it was beautifully decorated with a wooden bas-relief of the Merciful Jesus and palm leaves. After reciting special prayers, the bishop strikes the holy door three times with his crosier, and they opened wide. The bishop was the first to enter through the Holy Door. He was followed by priests, liturgical celebrants, and the faithful seeking the Lord. During Mass, the bishop administered the sacrament of Confirmation to 52 people from the Atok parish; he also introduced our seminarian Joseph Mukasa Musoni, MIC into the ministry of lector, and vested with the white cassock our seminarian Rogatien Ntsana, MIC. After the solemn Mass and commemorative photographs, we all participated in the fraternal agape. In the afternoon of that same day, our confreres from Ngoya and Minkama went back to continue celebrations in their house communities. The next day, December 8, although our seminarians had to go to school in our community in Ngoya, we held liturgical celebrations of the Immaculate Conception, and in the afternoon we met on a communal recreation. It must be explained why we chose Atok as the place to celebrate and why the main celebrations took place on Dec. 7 instead of Dec. 8. We went to Atok, the parish and the Divine Mercy Shrine in connection with the beginning of the Jubilee Year of Mercy. The ceremony, originally scheduled for Dec. 8, to which we invited Bishop Jan Ozga, was transferred to Dec. 7, on account of the consecration of the new bishop of Kribi, which was announced only recently and set precisely on Dec. 8. All the bishops of Cameroon participated in the consecration. Hence the change of date. It is worth noting that the new Bishop of Kribi – the diocese located on the ocean shore – is the former vicar general of the Diocese of Obala, where our Ngoya formation house and our new Minkama parish are located. Father Cyrille Bounoungou, MIC, represented our Marian community at the ceremony of bishopric consecration. 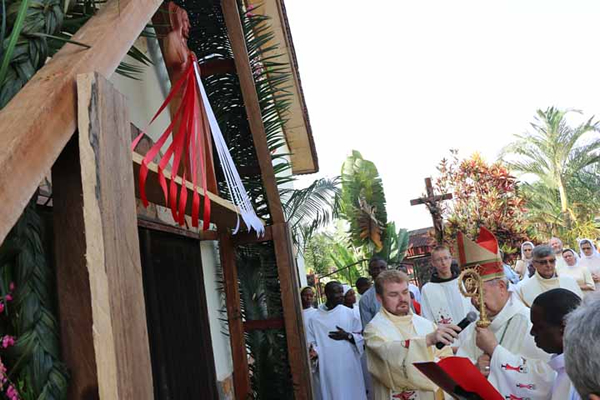 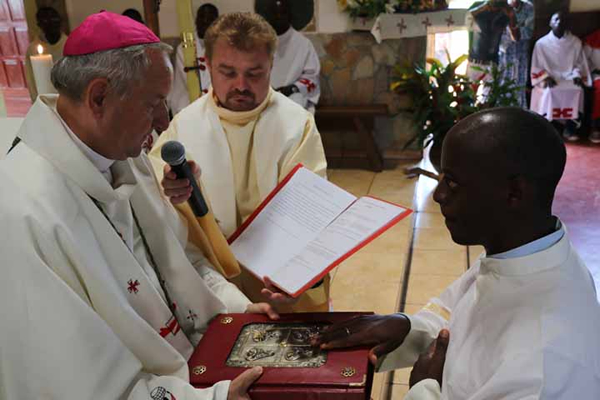 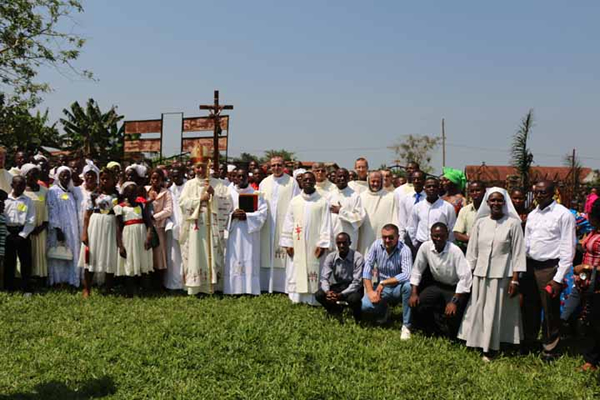 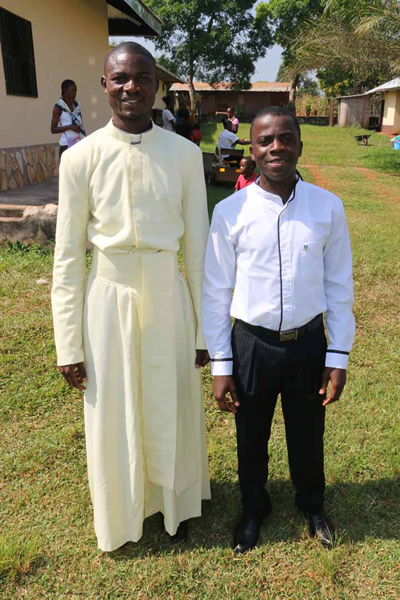