On Dec. 11, 2015, the museum of Bl. Stanislaus Papczyński was opened at the place of his eternal rest – Góra Kalwaria near Warsaw.

The date of opening the museum was not accidental, because 345 years ago on this day (Dec. 11, 1670) in Krakow Fr. Stanislaus expressed in his Oblatio a desire to found the Society of Marian Fathers of the Immaculate Conception of the Blessed Virgin Mary.

The museum – dedicated to the person of Fr. Papczyński who was, among others, a confessor of King John III Sobieski – holds pictures, objects, and books related to him. It also uses modern multimedia interactive tools.

The museum is located at Marianki, in the Marian Fathers’ religious house adjacent to the Lord’s Cenacle Church – the place of eternal rest of Fr. Papczyński’s, who died in 1701. The exhibition presents one of the most prominent figures of the 17th-century Poland: a writer, a patriot, a promoter of social justice, and a noted theologian – the founder of the Marian school of spirituality, deeply rooted in Polish culture.

The life and work of this Religious is shown against the background of his times through his contribution to the formation of spirituality of such personages as John III Sobieski and Antonio Pignatelli, then the Apostolic Nuncio and later Pope Innocent XII, to name a few.

Father Jan Rokosz, MIC, the museum’s director, emphasizes that Blessed Fr. Papczyński’s textbooks on rhetoric were used in the Piarist schools for teaching many generations of Poles, among whom was also Fr. Stanislaw Konarski – the originator of the idea of establishing the National Education Commission. King Stanislaus Augustus’ Coronation Parliament petitioned the Pope for Fr. Stanislaus’ beatification as early as 1764.

Father Rokosz acknowledges that Fr. Stanislaus has been neglected and even forgotten for centuries, but that today the world rediscovers him anew, especially thanks to the decision of Benedict XVI for his beatification, which took place in 2007, and also thanks to resolution of the Senate the Polish Republic of March 31, 2011. This resolution says among other things that Blessed Papczyński gave us an example of the Pole dedicated to matters of his Homeland that is worthy of imitation.

“The timeliness of his moral and civic teaching justifies the need for bringing Fr. Stanislaus’ life and work closer to the present generation of Poles, especially the young people. The Senate calls the educational institutions for popularizing the person and achievements of the Blessed,” states the resolution.

“The exhibition, divided into nine thematic zones, holds museum pieces, archives, and book collections associated with the Blessed, in order to fulfill – with help of the state of the art means – the task assigned by the Senate of the Polish Republic,” explains Fr. Rokosz.

Father Paweł Naumowicz, MIC, Polish Provincial Superior, indicated that one of the main motives of Fr. Papczyński’s ministry and teaching was his desire to alleviate the inequities and to reach out with the Gospel to those who felt abandoned and marginalized. “Today, we see similar themes in the teaching of Pope Francis,” said Fr. Naumowicz, who is also the initiator of the museum.

The exhibits include, among others, 17th-century everyday objects and clothes from the vicinity of Podegrodzie – the birthplace of Stanislaus Papczyński, as well as sabers and other items from the era.

One of the most valuable exhibits is a letter of King Jan III Sobieski, dated 1687 and written in Polish to Benedict Paweł Sapieha, Grand Treasurer of Lithuania. The letter bears the imprint of the King’s crown seal.

The museum also displays a book that belonged to Blessed Fr. Papczyński with his autograph on the title page, as well as the remains of his habit removed from the coffin during the exhumation of his remains in the 18th century.

The exhibition was prepared by a team, which includes its director, Fr. Jan Rokosz and Fr. Jan Kosmowski, MIC, historian of the Congregation, Fr. Wojciech Skóra, MIC, Rector of the Lord’s Cenacle Church in Góra Kalwaria, and Br. Andrew Mączyński, MIC, Vice-Postulator of the Marian Causes of Saints for North America and Asia.

Materials for the museum were amassed over several years through research, among others, in the Vatican Archives and discovery of valuable antique books in Lithuanian antique shops in Vilnius and Kaunas and in the Congregation’s archives.

It is worth noting that such a museum dedicated to the Blessed Founder of the Marians is thus far the first and only such site in Poland and around the world. 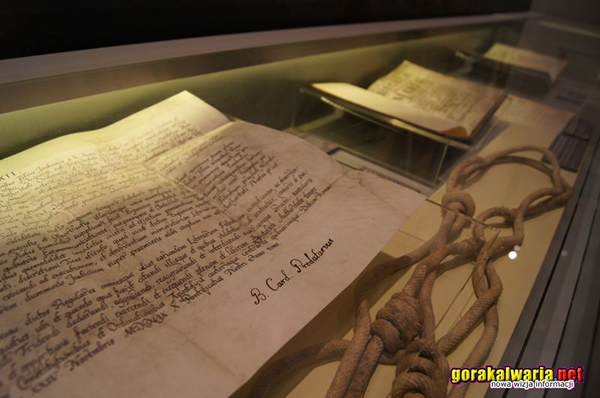 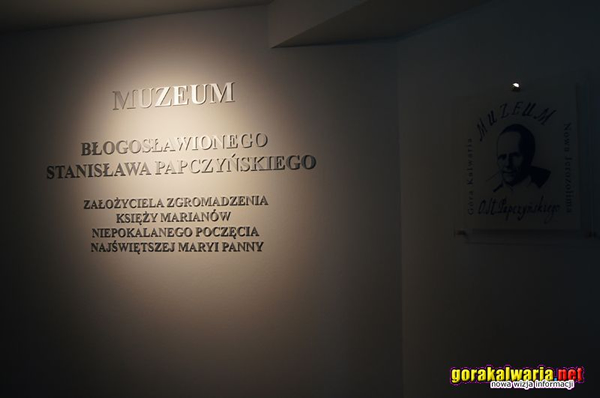 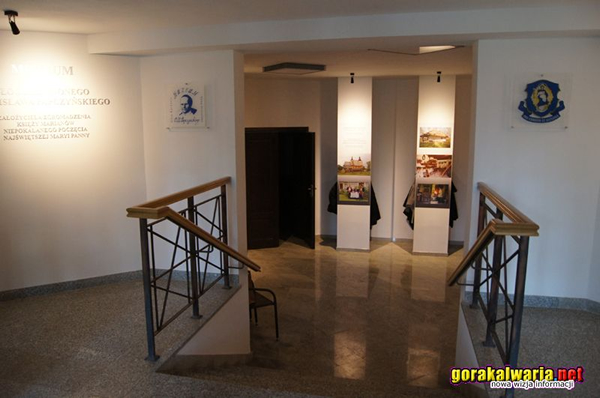 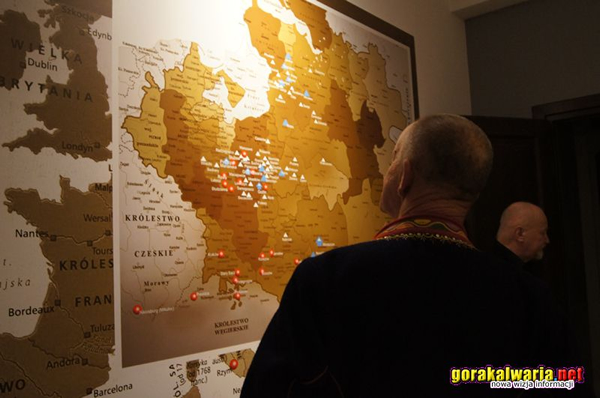 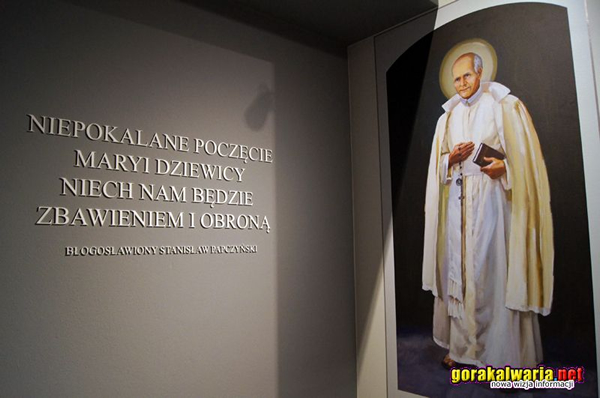 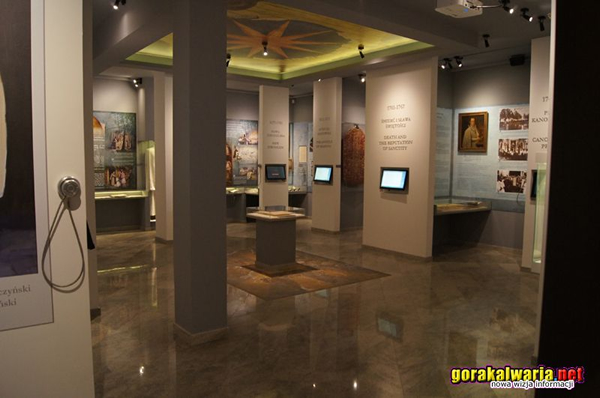 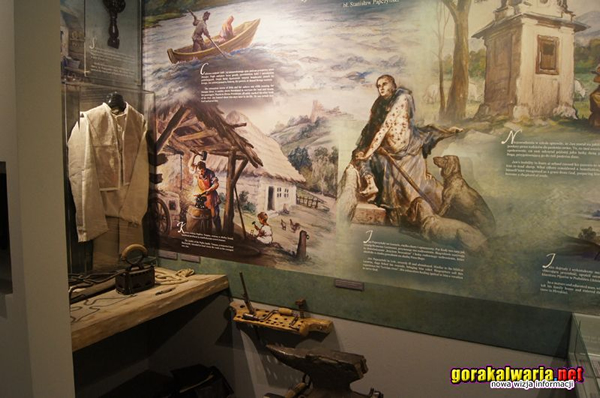 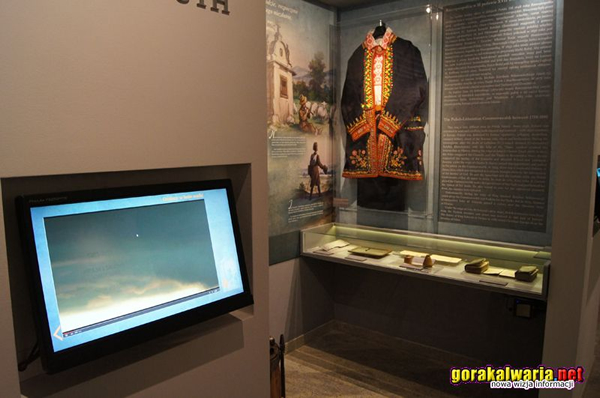 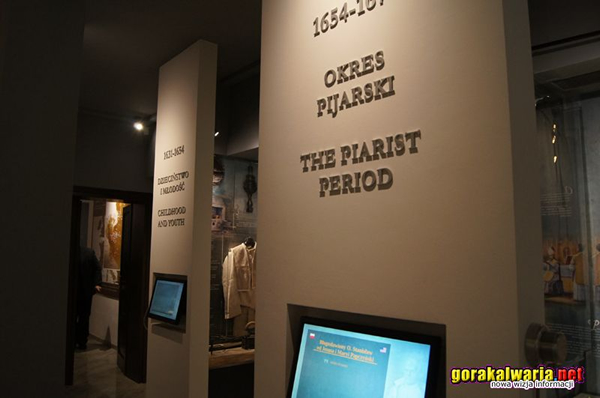 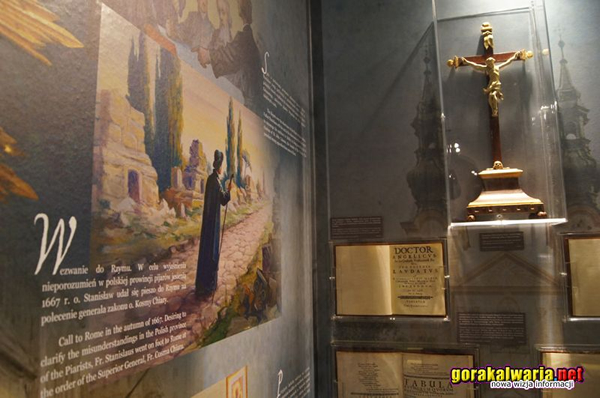 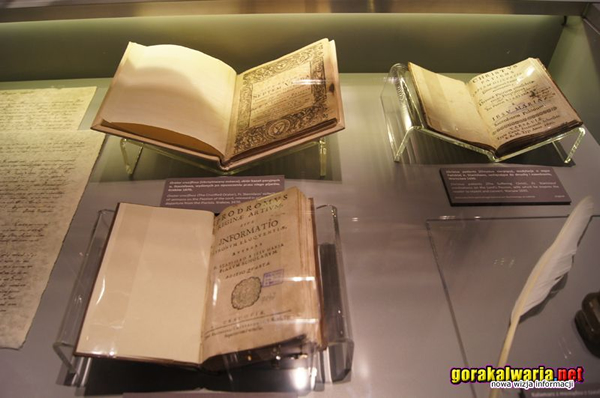 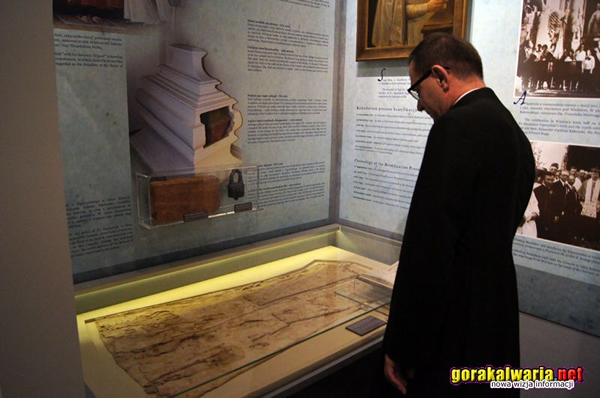 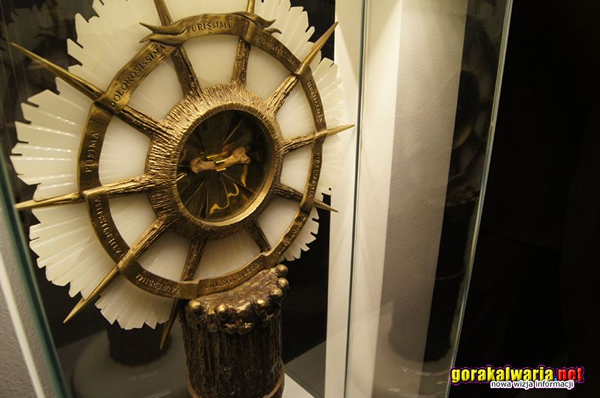 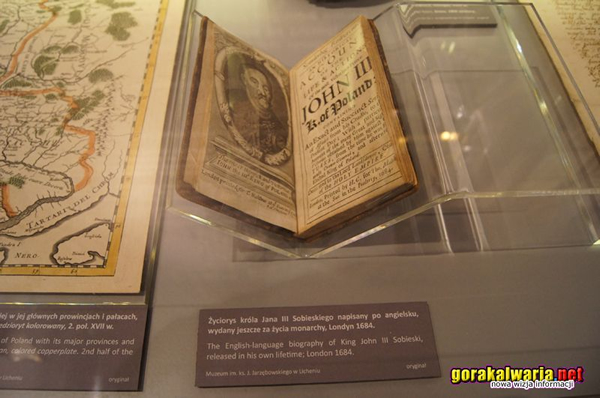 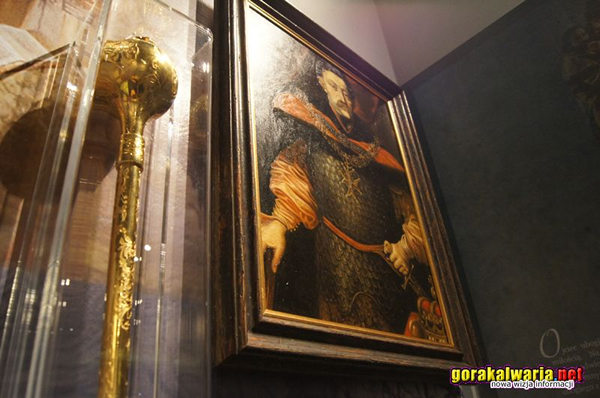 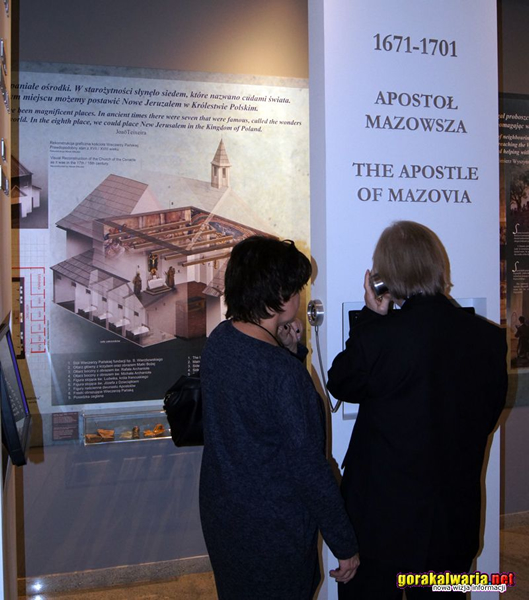 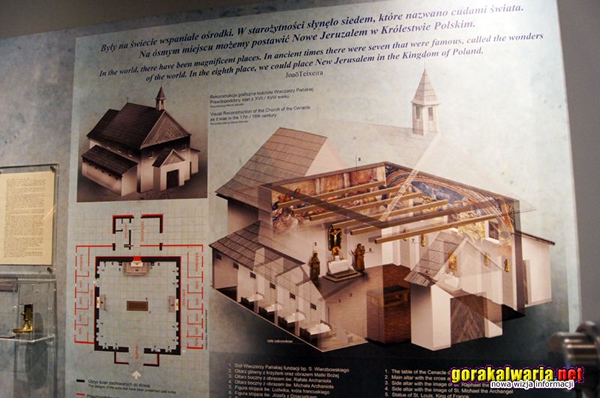 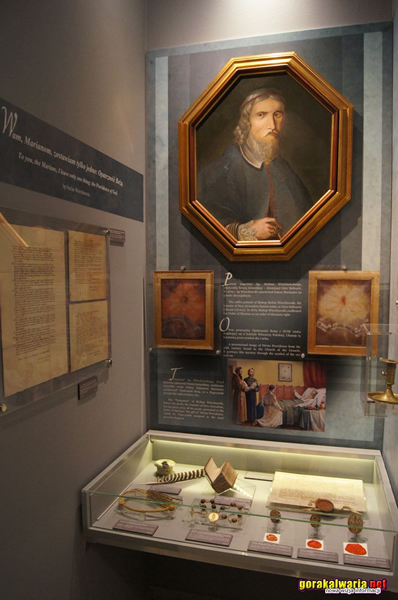 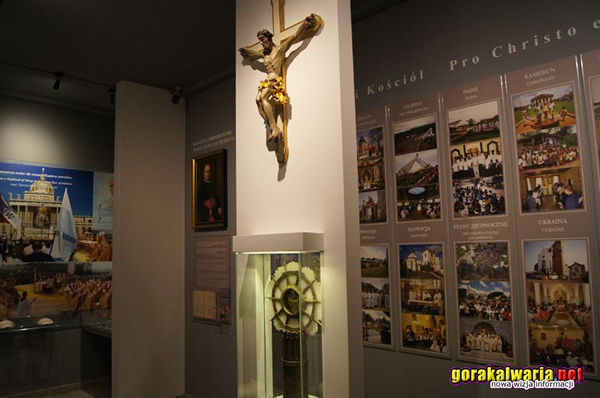 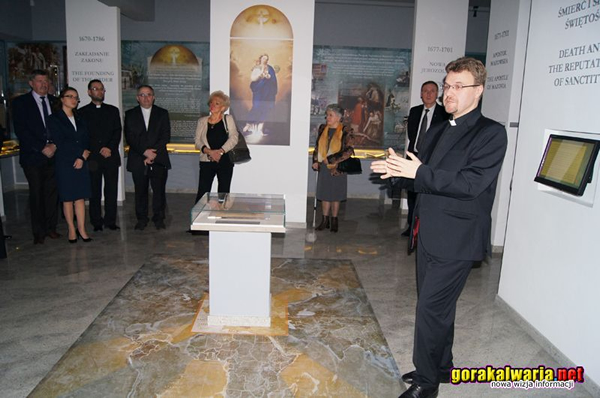 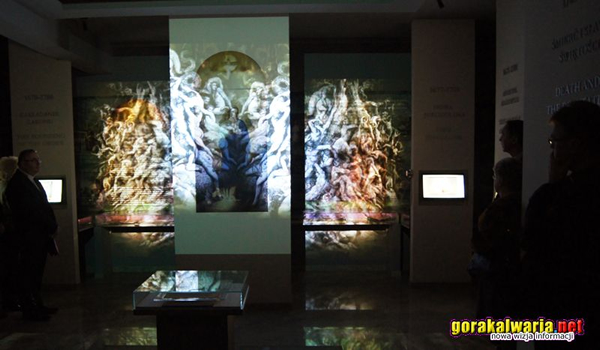 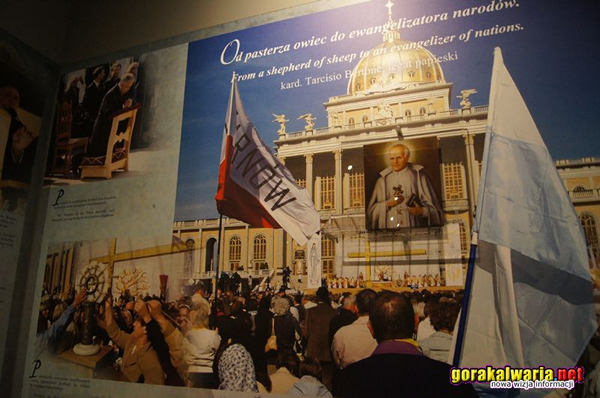 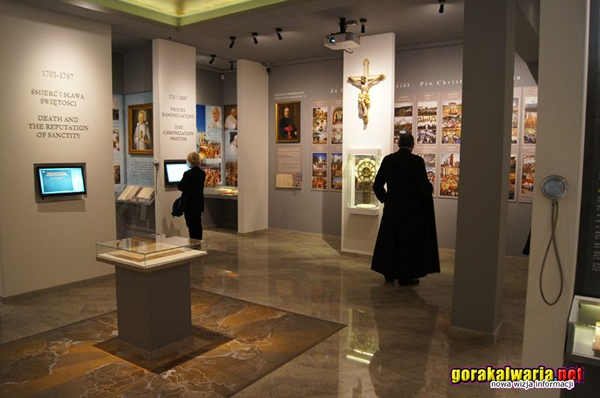