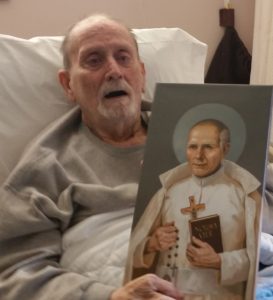 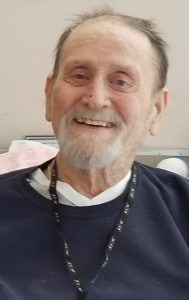 He was born June 27, 1932, in Plymouth, Pennsylvania, son of the late Andrew and Anna Gavenonis Zalonis, and was a 1950 graduate of Plymouth High School. He was also a graduate of LeGrand Seminary, Montreal, Quebec. He was ordained alongside his twin brother, Rev. John Andrew Zalonis, at the Marian Fathers Seminary, Clarendon Hills, Illinois, by Auxiliary Bishop Vincent Brizgys of Kaunas, Lithuania, on May 23, 1959. Rev. Zalonis attended Catholic University in Washington, DC.

He was first assigned to St. Mary’s parish in Plano, Illinois, with his cousin, Rev. Edward Vitchkoski, MIC, in the 1960s. In the 1970s and early 1980s, he was pastor of St. Peter’s Parish in Kenosha, Wisconsin. After St. Peter’s, he was transferred back to St. Mary’s Parish in Plano, Illinois, and St Patrick’s Parish in Bristol, Illinois. Rev. Zalonis lead the project of building a new church for St. Patrick’s in Yorkville, which was dedicated in 2002. Upon retirement, he moved to Marian House at the Marianapolis Preparatory School in Thompson, Connecticut, and then to the Matulaitis Nursing Home in Putnam, Connecticut.

Rev. Jerome Anthony Zalonis, MIC, passed away on Thursday, January 17, 2019, at 11:24 P.M. in the Day Kimball Hospital in Putnam, Connecticut.  He devoted almost 60 years of his life in service to the Marians and the people of his parishes. Fr. Jerry lived a full life during his 86 years. He was an avid fisherman, an accomplished bowler, and a world traveler. He was a fan of the Chicago Bears, the Chicago White Sox and Notre Dame Football. He loved being involved in both St. Mary’s and St. Peter’s schools, and he especially enjoyed the children’s Masses and Christmas programs. In addition to his parents, he was predeceased by his twin, Fr. Jack, in Hartford, Connecticut, in 1996, and his cousin, Fr. Ed in Chicago, Illinois, in 1990. Fr. Jerry will be dearly missed by his sister, Sally McGovern and her husband William of Bardstown, Kentucky; nephew Andrew McGovern of Bardstown, Kentucky; niece Maggie McGovern and her husband, Steve Pierce of Georgetown, Indiana; great niece Cecilia McGovern, and great nephew, Jack McGovern. A Mass of Christian Burial was held Friday at 11AM in St. Patrick’s. Interment was in St. Casmir Lithuanian Cemetery, Chicago, Illinois. May he rest in Peace! 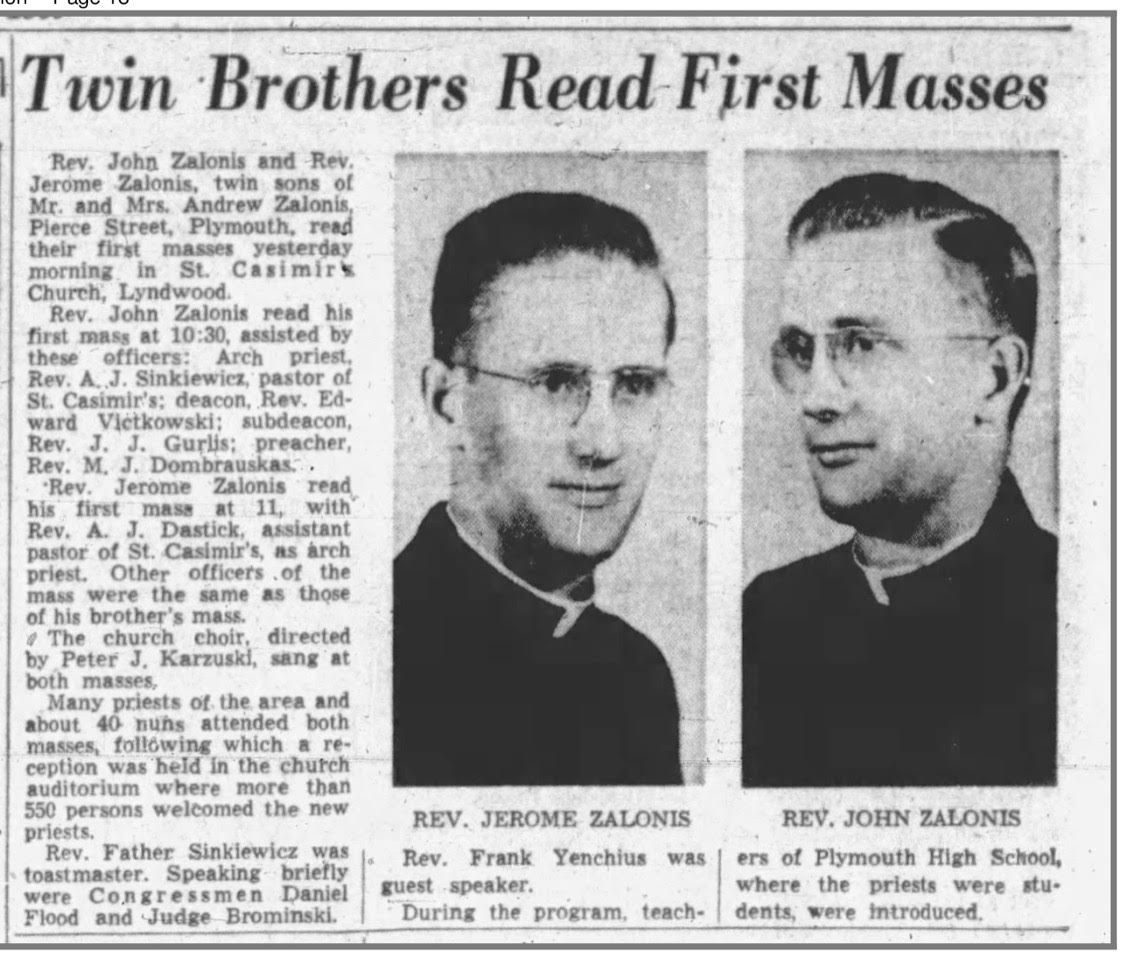