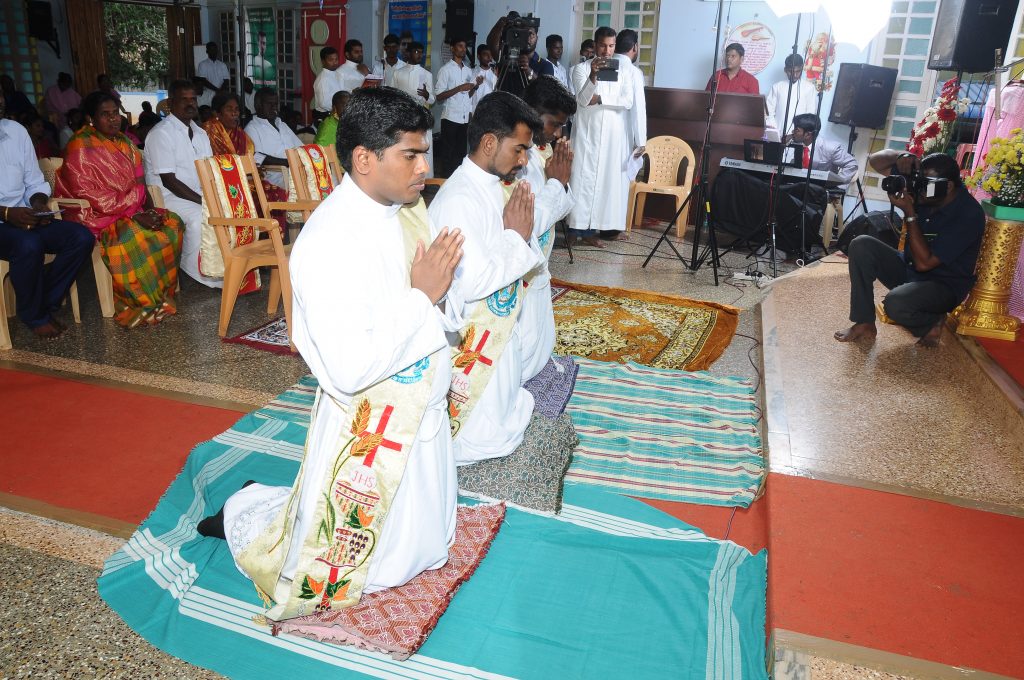 On December 28, 2019, for the first time in the history of our Congregation, three Marians who had been born in India where ordained to the priesthood. In the Cathedral of Our Lady in the Diocese of Sivagangai in Tamil Nadu in Southeast India, His Excellency, Jebamalai Susaimanickam, the Ordinary of the Diocese and a great spiritual father to our Congregation in India ordained Deacons Jeno Stephen, MIC, Sebasthi Stalin, MIC and Leo Arockia Doss, MIC to the holy priesthood. Each had been in formation for approximately 10 years. Over 100 diocesan and religious priests concelebrated and 800 faithful attended the joyous ordination Mass.

The Marians currently have 8 seminarians and a brother in temporary vows along with approximately 20 candidates from various states in India who are currently studying English and philosophy. Philosophy studies take place in Tamil Nadu while our men study theology with the Pallotines in Mysore in the State of Karnataka.

Our young men in formation formed a choir to sing at the Ordination Mass as directed by Fr. Den Singh, a diocesan priest who lives in our Divine Mercy College in Karamathur in the Madurai District. A Claretian priest, Fr. Kulanthai Samy, CMF who also lives in our College accompanied our young candidates as they assisted at the ordination Mass and at the Masses of Thanksgiving that followed.  The newly ordained were vested with beautiful chasubles featuring a picture of our Father Founder, Saint Stanislaus Papczynski on the back.

The Masses of Thanksgiving which were celebrated in the villages of the newly ordained were very festive. All guests of honor were met at the entrance of the village and were honored with garlands of flowers. A procession to the Church then began with all of the villagers participating, along with music, dance, strewn flowers and fireworks. Presentations were made after each of the Masses to honor the newly ordained and to thank God for the gift of the priesthood.

Each of the newly ordained will continue to gain pastoral experience in parishes in India where they had also been serving as deacons. Toward the end of May, they will move to Rome to begin their language studies in anticipation of pursuing degrees in formation studies at the Pontifical Salesian University. 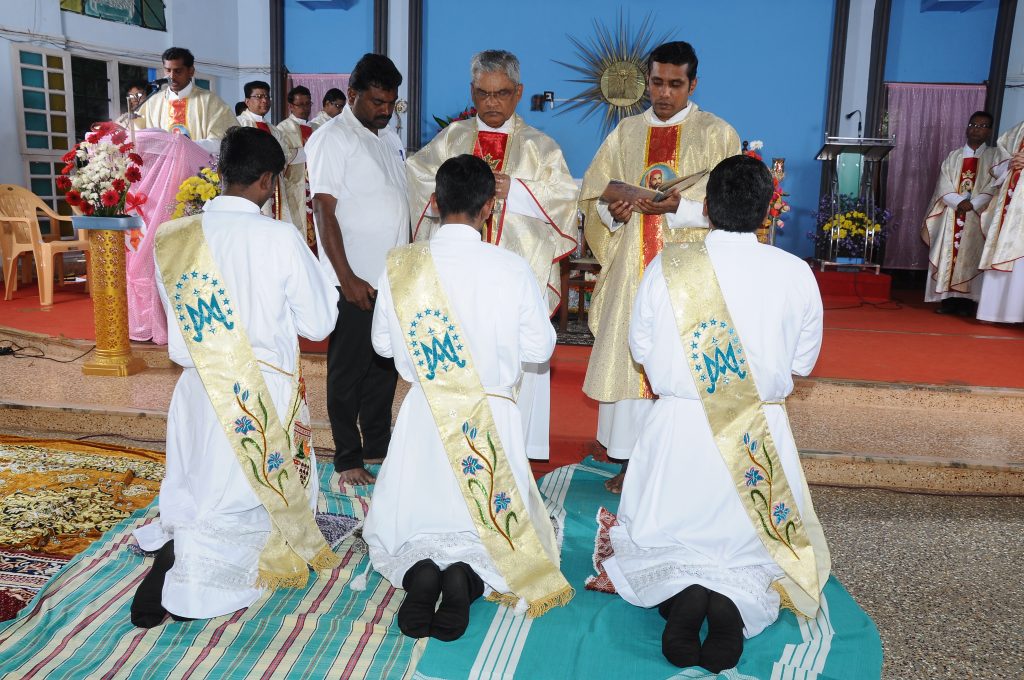 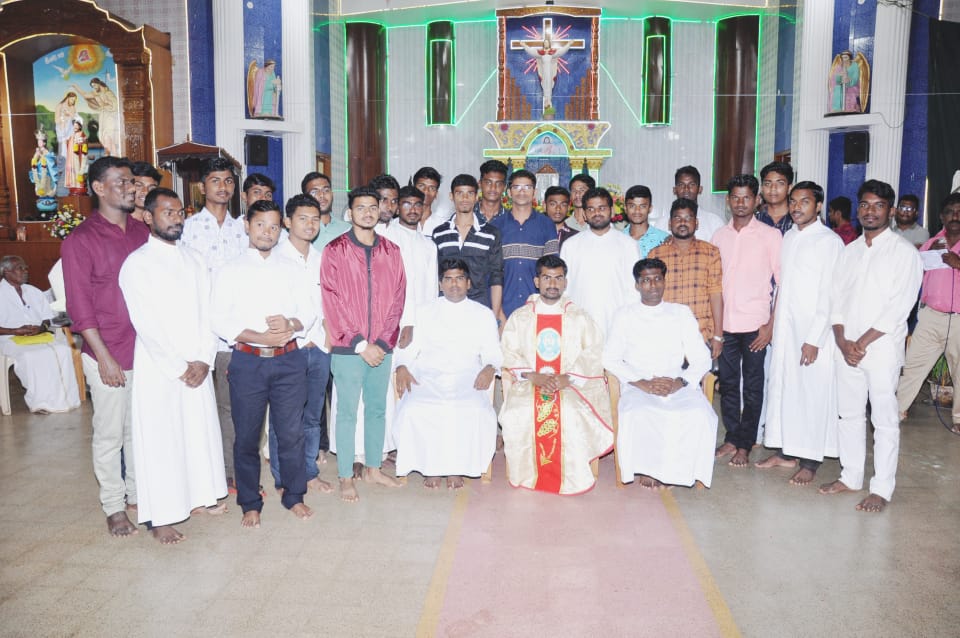 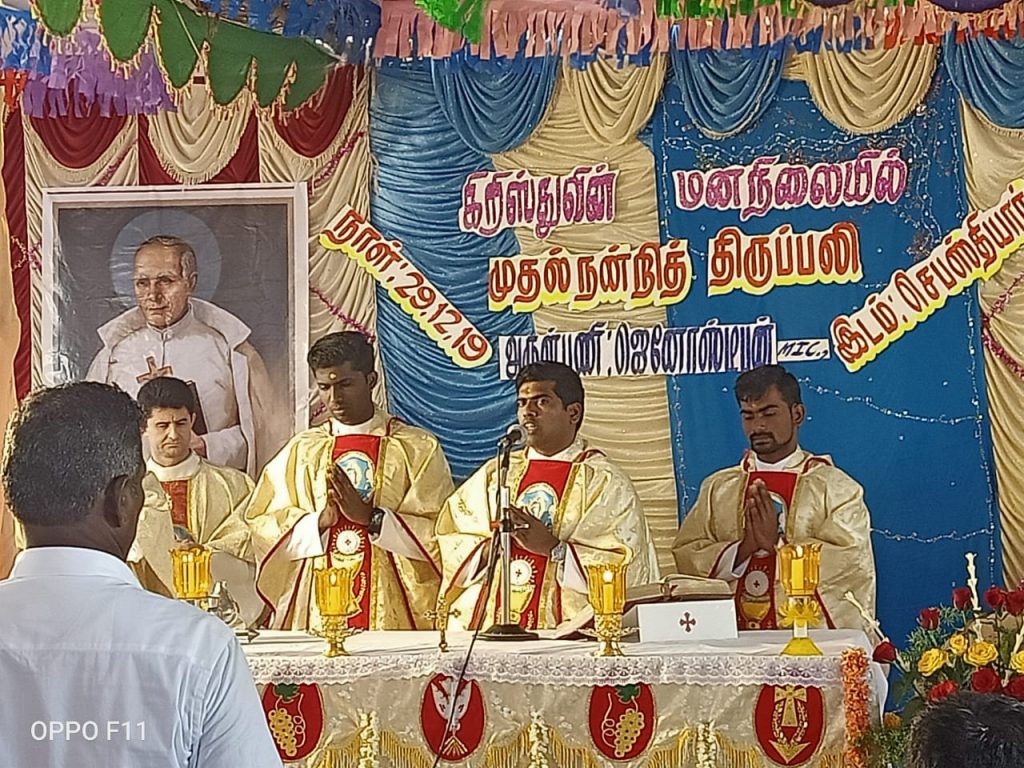 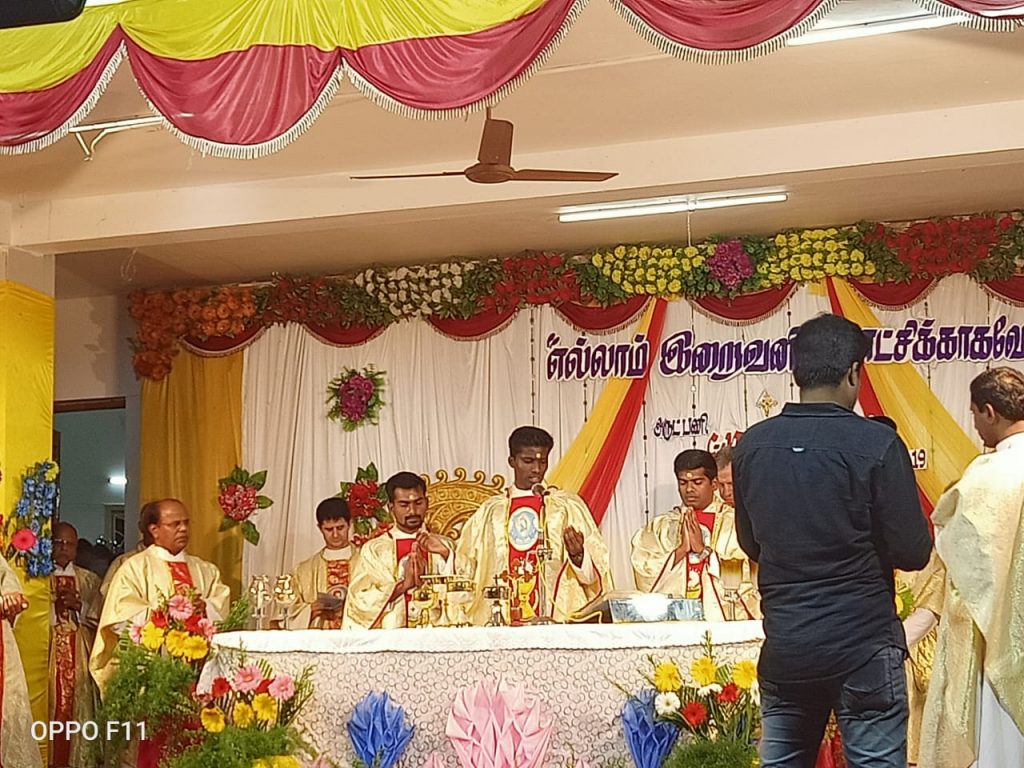 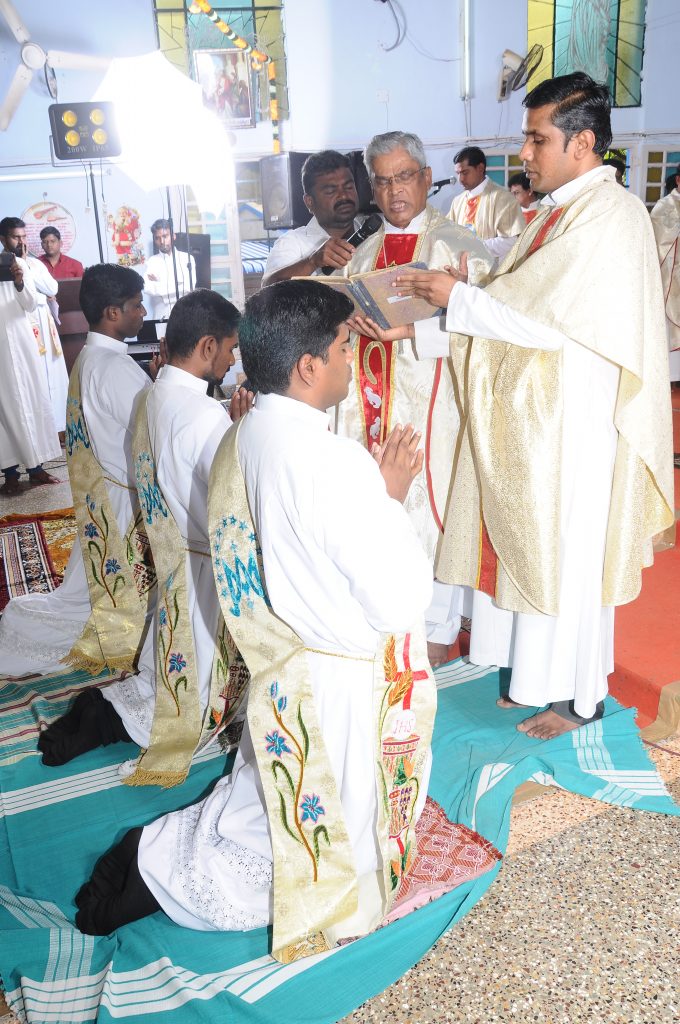