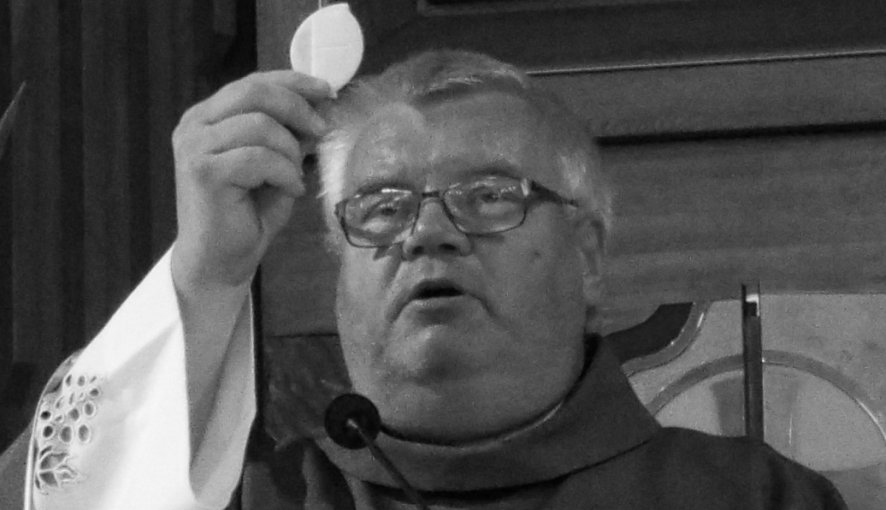 On November 27, 2020, Father Roman Ryszard Grzona, MIC, aged 52, died suddenly in our religious house in Puszcza Marianska. He was a religious for 28 years and a priest for 24.

He joined the Congregation in 1991 and made his first profession of vows in Skórzec on September 8, 1992, and his perpetual vows on August 26, 1996, in Góra Kalwaria–Marianki, at the tomb of the Founder of our Congregation, St. Stanislaus of Jesus and Mary Papczyński.

He was ordained a deacon by Bishop Jan Paweł Lenga, MIC, then the Apostolic Administrator of Kazakhstan, on May 24, 1997, in Licheń. His ordination to the priesthood took place in Licheń also, on May 30, 1998, and it was performed by Bishop Tadeusz Pieronek, Secretary-General of the National Conference of Polish Bishops.

Following the ordination and his two months spent as a chaplain at the Licheń shrine, Fr. Roman was sent to work as a catechist in the parish of Immaculate Heart of the Blessed Virgin Mary in Grudziądz and then a year later to the parish of All Saints in Elbląg, where, in 2002, he was appointed vicar, having worked three years in pastoral ministry there. In 2003, he was transferred to back Licheń, where he served for a year as the director of the Center of Assistance for Families and Addicts, and later, served also as a pastoral assistant at the shrine. In 2005, he was sent to Góra Kalwaria to work as a catechist. In 2009, he was transferred to the religious house in Grudziądz, where he again served in parish ministry and as a catechist. After being transferred to Puszcza Mariańska in 2017, he served for three years as the vicar of St. Michael the Archangel Parish and was appointed pastor of that parish on August 25, 2020.