Italy, Rome: Circular Letter of the Superior General on the Solemnity of the Immaculate Conception of the B.V.M. 2020

Italy, Rome: Circular Letter of the Superior General on the Solemnity of the Immaculate Conception of the B.V.M. 2020 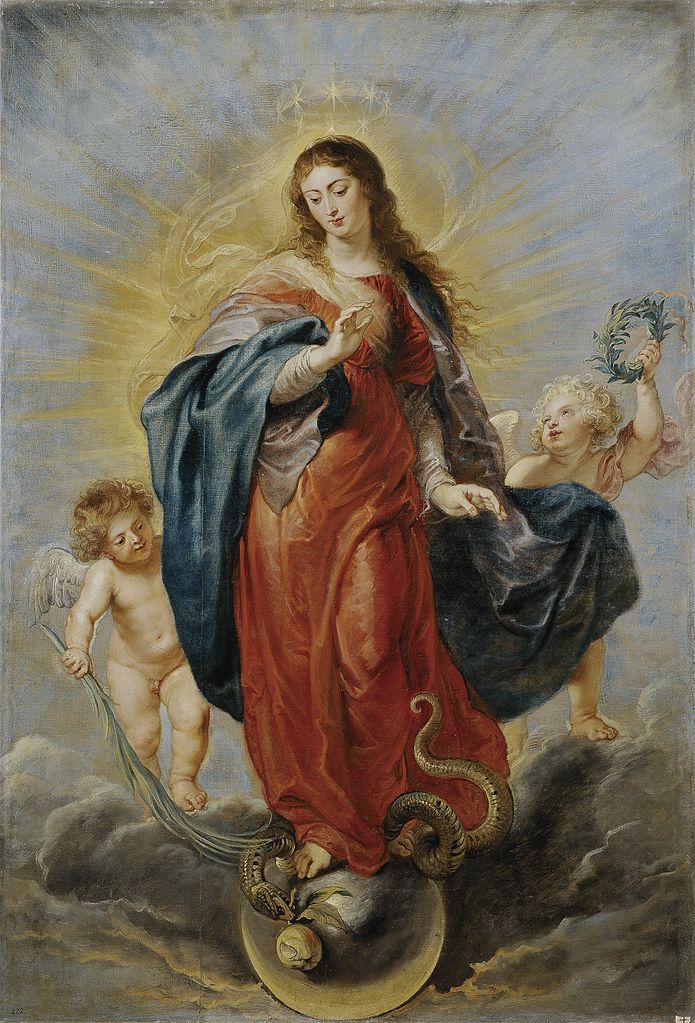 This year, we commemorate the Solemnity of the Immaculate Conception of the Most B.V.M. as part of the Jubilee of the 350th Anniversary of the origin of our Congregation. In the background, there is still the pandemic that has overshadowed nearly everything, limiting the prospects of human life, including many planned initiatives of our Congregation. However, despite many restrictions that forced us to forego some of our activities, including the abandonment of certain parts of the Jubilee program, such as the General Convention, yet God in His Providence has bestowed on us – although in a different way – good things that we have shared. I would like to highlight them in this letter.

The central point of both the entire Jubilee and of this year is December 11th, which marks exactly the 350th Anniversary of the act of the Oblatio made by our father, St. Stanislaus. This event gave rise to our Congregation and at the same time, revealed the charism of our religious community. Its essence is expressed simply and unequivocally in our present Constitutions: “The mystery of the Immaculate Conception of the Most Blessed Virgin Mary is the essence of the charism of the Congregation and has been, from the very beginning, a particular sign, strength, and joy of the Marian vocation. From this mystery flow the identity and mission of the Congregation.”(C 2). The elements of our charism mentioned there can already be found in the text of the Oblatio, which is the first formula of religious profession in our Congregation. The title of our religious community, of which the distinguishing feature is the Immaculate Conception of the Mother of the Lord, is stated for the first time. Saint Stanislaus of Jesus and Mary places this gift and privilege of Mary within the context of the whole Holy Trinity: “God the Father Almighty, […] the Son and […] the Holy Spirit,” as well as in the perspective of Mary’s calling to become the “Mother of God” (Oblatio, No. 1). This attitude indicates that he perceived that endowing Mary with this grace has a salvific and historic character as well as it also being the action of God in her life. The Holy Spirit, who fills her completely at the moment of her conception, also embraces her entire life and all her actions. He included her in God’s plan of salvation, foretold in the Protoevangelium, right after the original sin of Adam and Eve. On the pages of the Gospel, we find Mary’s answer described, especially in the scene of the Annunciation and on Pentecost. Mary, the Mother of Christ and the Mother of the Church, has a special share in the divine mystery of salvation, which in her life is already revealed at the moment of her holy conception. This is why our holy Father Founder’s favorite invocation was: Immaculata Virginis Mariae conceptio sit nobis salus et protectio. We do not need to be afraid of translating the Latin word salus as salvation and not health, because the entire structure of the invocation is not only about Mary, but it is about her Immaculate Conception, which is God’s direct action in her life from the very beginning of her existence. It is God’s unfettered giving of Himself to man – Mary; it is a pure gift of God subjectified in the person of Mary. That gift is the Holy Spirit. In the mystery of Mary’s Immaculate Conception, the Holy Spirit is the acting party while Mary – who was not yet cooperating – is the object of His action. Her cooperation with the Holy Spirit will develop with her maturing in humanity and femininity, with her evolution toward motherhood and in motherhood. This is why, having meditated on the Gospel of the Annunciation, Saint Stanislaus wrote that the Mother of God was “full of grace, full of the Holy Spirit.” I trust that the Jubilee celebration will revive in us the same charism of a love of Mary and obedience to the Holy Spirit that we see today in the life of our holy Father Founder.

According to the Jubilee program, on December 8th of this year only – nearly on the exact date of the 350th Anniversary of our father, St. Stanislaus making his Oblatio – we, his spiritual sons, will recite the same text of the Oblatio. It will be a remembrance of that event in a spirit of gratitude for our vocation. We will do it the same way we normally renew our vows on our titular feast: publicly, in all of our communities, before the gathered faithful. While making the Oblatio, we must remember that it is an exceptional and one-time act. Therefore, in order to avoid misunderstandings, the recitation of the Oblatio, should be preceded by an appropriate introduction for all of the participants. This can be done by reading the appropriate brochure prepared by the Jubilee Committee and sent to all our houses. The recitation of the Oblatio is symbolic. However, it can become an opportunity for us to deepen our identity, to return to the sources of our religious spirituality, and to enliven our charism. Also, it may contribute to establishing or strengthening our personal relationship with the Founder, who – by making the act of the Oblatio, inspired by the Divine Spirit – raised our religious community into existence.

The Jubilee program includes the making and adoption of a special profession crucifix, identical for all members of the Congregation. Starting with the Jubilee, this crucifix will serve as the official and only crucifix of profession, presented to the confreres during their perpetual vows. Thanks to the active involvement of the Polish Provincial Superior (for which I offer him heartfelt thanks), this crucifix was produced quite quickly and today, that is, on the Solemnity of the Immaculate Conception of the Blessed Virgin Mary, it will be given to all Marians who had taken their perpetual vows. The symbolism of the crucifix refers to the most characteristic features of our Congregation’s spirituality. They are: the figure of the dying Christ on the obverse and on the reverse – lined vertically – the hand of Divine Providence on top, a dove symbolizing the Holy Spirit, and the Immaculate Mother of God. Following the example of other religious communities’ traditions, we will have a uniform symbol of religious consecration, which is dear to us and is based on the foundations of our spiritual and physical patrimony. The rite of presenting with or putting on the crucifix should take place during the same celebration in which we will recite the Oblatio. Its formula has been already dispatched to all Provincial and General Vicariates Superiors.

Although the pandemic prevented us from meeting in the General Convention this year, we managed to prepare articles for print from the 1st Theological Symposium of the Marian School of Spirituality, planned as part of the General Convention. They will be released soon as a book entitled Oblatio and Consecration. Materials of the 1st Theological Symposium of the Marian School of Spirituality. The publication of this book in four languages: English, French, Polish and Portuguese is planned for this year, but because of the pandemic, it may not be possible to deliver it by the end of the year. However, it will be distributed later this year as a PDF, so that the materials may be used for conferences on the monthly Days of Recollection, starting in January 2021. The articles contained in the publication are very important for the identity of our religious community. The act of the Oblatio of St. Stanislaus Papczyński, our Father and Founder is his consecration to God in the Church and for the Church. The articles deepen the spiritual perspective of our Congregation and provide inspiration for the future, which is particularly important for both basic and permanent formation.

In the context of the Jubilee matters, especially those related to the altered formula of the renewal of vows, meant exclusively for this year only, and the introduction of the standardized crucifixes of profession for all those making their perpetual profession in our Congregation, I would like to emphasize that they were decreed by our Congregation’s highest authorities. Although the proposals were prepared by the Jubilee Committee, the final decisions were made by the legally chosen Superiors of the Congregation. First, during the meeting in Rome from September 24-27, 2019, the Province and General Vicariate Superiors approved the program presented to them, and then the Superior General and his Council in its 53rd session held on November 2, 2019, adopted the above-mentioned proposals as binding for the entire Congregation. Therefore, I am asking that they be implemented, both in terms of celebrating the entire Jubilee – including the Solemnity of the Immaculate Conception of the Blessed Virgin Mary – as well as for perpetual vows and the presentation of the standardized crucifix to all perpetually professed members.

Today I send my special greetings to you all and I entrust you in prayer to the Mother of our Lord, Mary Immaculately Conceived, our Mother and Patroness. We ask her to implore the grace of faith for us, that God in His Providence leads the history of our Congregation, the Church and the world despite the ongoing pandemic and the associated sufferings, for He alone is the Lord of history. We surrender ourselves in faith to the actions of the Holy Spirit, the Giver of all gifts and charisms.

Today I especially embrace with my prayer the elder confreres and those who feel lonely or in crisis. We commend to God’s mercy our recently deceased brethren, our relatives, and especially our parents. We entrust to God our sick confreres, especially those in danger of dying from the coronavirus. I entrust all of you to the Providence of Almighty God and to the intercession of the saints, especially of our father, St. Stanislaus, Blessed George, the Renovator, and Anthony and George, the martyrs of Rosica. I am also asking you to pray for me so that I may faithfully fulfill the service that the Lord has entrusted to me.