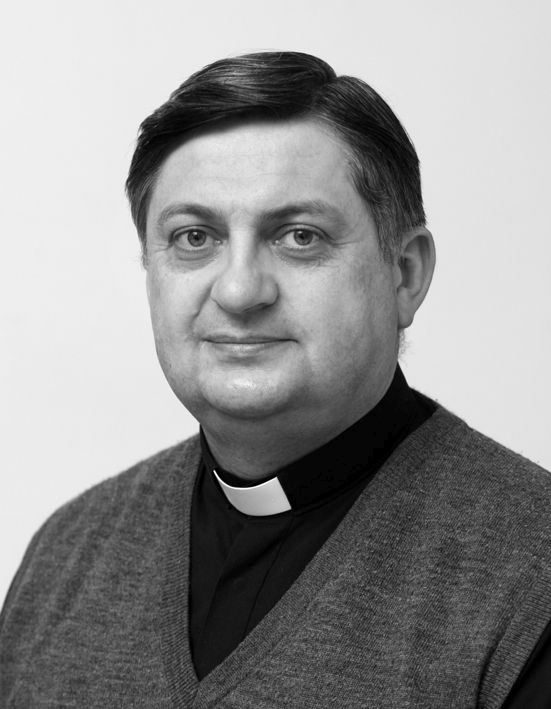 Henryk Stanisław Kulik, MIC, son of Mieczysław and Teresa nee Bohgan, was born Feb. 5, 1965, in Elbląg. Poland.  After primary school he went to a five-year Technical Mechanical School in Elbląg and graduated in 1984 with the title of electrical technician, majoring in general electromechanics. He joined the Congregation on June 22, 1984, and completed his month-long postulancy in Lublin and then the novitiate in Skórzec. He made his first vows on September 8, 1985. In the years from 1985-1991, he studied philosophy and theology at our WSD in Lublin, which is a branch of the Faculty of Theology of the Catholic University of Lublin. He made his perpetual vows on August 26, 1989, in Elbląg. He was ordained to the priesthood by the auxiliary bishop of the Archdiocese of Warsaw, Władysław Miziołek, on June 16, 1991, at the parish church of the Blessed Virgin Mary, Mother of Mercy in Warsaw in Stegny.

After ordination, he briefly worked at the Shrine of Our Lady of Licheń and then was assigned to our religious house in Stoczek Klasztorny as the second house councilor and moderator of postulants. Following the death of the parish administrator Fr. Jan Buch in 1992, he temporarily served as parish administrator and shrine rector. From 1993-1996 Fr. Henryk served in Licheń as a catechist and from 1995 also as the house director of vocations.  Transferred to Stoczek, he performed from 1996-1999 the duties of the house superior and treasurer, as well as the pastor and rector of the shrine there. Assigned to Goźlin from 1999-2002, he served there also as house superior and treasurer and as the pastor and rector of the local shrine.

In 2002 he was transferred back to Skórzec and appointed parish pastor. In addition, in the years from 2002-2005, he served as the house superior and then as the first house councilor during the following three years. From 2008-2014 he served in Góra Kalwaria, fulfilling the duties of the house superior, treasurer and parish priest. In 2014 Fr. Henryk returned to Licheń, where he became the third house councilor and a parish priest.

For more than 25 years, starting from 1995 on, Fr. Henryk served as a parish pastor in various parishes. Funeral ceremonies were held at St. Dorothy Parish Church in Licheń Stary on Wednesday, December 30, 2020.