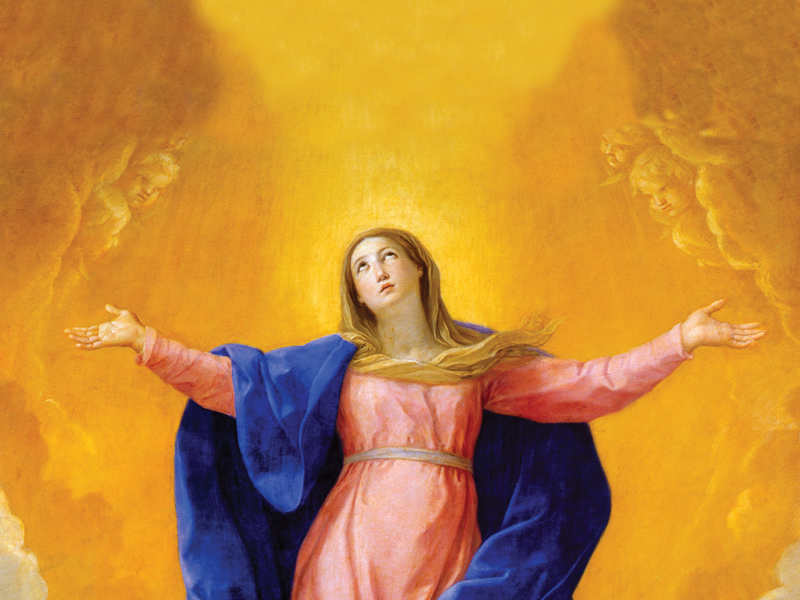 The Blessed Virgin Mary, Mother of Mercy Province of the Congregation of the Marian Fathers of the Immaculate Conception held their annual vows ceremony on Aug. 15, the Solemnity of the Assumption, at the National Shrine of the Divine Mercy in Stockbridge, Massachusetts. Two men in formation made their first vows and 11 men renewed their temporary vows at the 9 a.m. Mass, celebrated by the provincial superior, the Very Rev. Fr. Kazimierz Chwalek, MIC. The Mass was livestreamed.

Father Kaz explained that the Province’s tradition of holding their first vows and renewal of vows on the Solemnity of the Assumption has a deep spiritual significance. “Everything the Lord has given to humanity through His Son, she [the Blessed Virgin Mary] already has received,” he said. “She is preserved from original sin, and therefore death has not affected her. She was taken to Heaven. The Eastern Church speaks of the Dormition of Our Lady, of her ‘falling asleep’ and entering into eternity, going to be with her Son, sharing in His glory.”

Similarly, he explained, “We have entered religious life, we have committed ourselves to vows, and we want to serve the Lord. We want to be there for Him, and part of His gift is the promise that if we live for God completely, serve Him, love Him, then this is what awaits us in the future, a completed journey.”

Other events during the weekend included a few men receiving the ministries of lector and acolyte on Saturday, Aug. 14, at the 9 a.m. Mass (also livestreamed).

At 5 p.m. that day, a number of postulants entered into the novitiate.

On Sunday, Aug. 15, at 7 a.m., at Morning Prayer, four men entered postulancy for a year. At the 9 a.m. Mass, two men, Aaron deSa and Eliott Yozwiak, professed their first vows, and the Marians in formation renewed their vows.