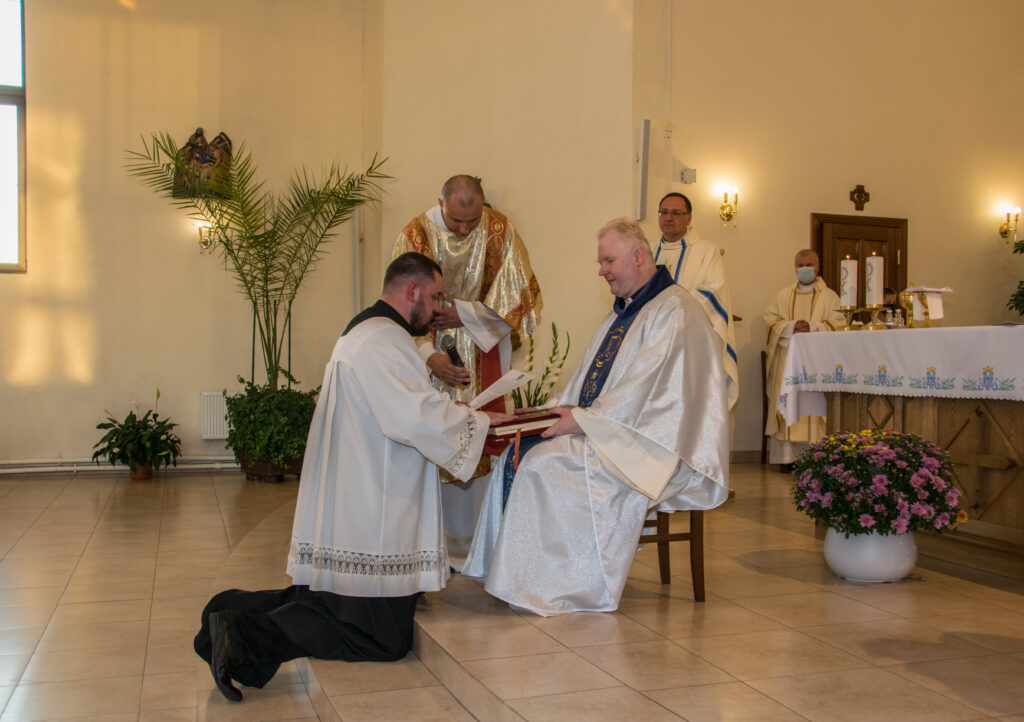 In the evening of September 8, 2021, during the solemn Mass celebrated at the Marian Fathers’ parish, Heart of Jesus Church in Daugavpils (Latvia), Brother Romans Vaikulis, MIC, made his perpetual profession in the Congregation of Marian Fathers.

Father Dainis Kašs, MIC, Superior of the Latvian Vicariate presided over the Holy Mass and received the religious vows. Almost all of the members of the Vicariate attended the ceremony along with the Rector of Marian Fathers’ Seminary in Lublin. Father Andris Ševels, MIC, the parish pastor, who has known Br. Roman since childhood, delivered the homily. In his sermon, Fr. Andris emphasized the need to remain faithful to God in the religious vocation and explained the importance of the vows of chastity, poverty and obedience in the life of a religious.

During the ceremony of religious profession, Br. Roman received the crucifix as a sign and reminder that a Marian is not to boast of anything but the Cross of Our Lord. Giving the sign of peace to the newly perpetually professed, all the Marians in attendance expressed their joy in his joining their ranks forever.

Brother Romans Vaikulis, MIC, was born in Daugavpils. After graduating from the Railway Technical School, he entered the Congregation of Marian Fathers. He made his first profession on September 8, 2017, and began his course of theology at the Marian Fathers Seminary in Lublin. He is currently a fifth-year student. 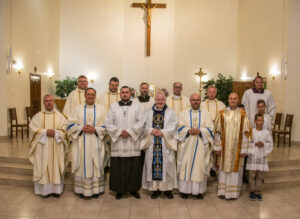